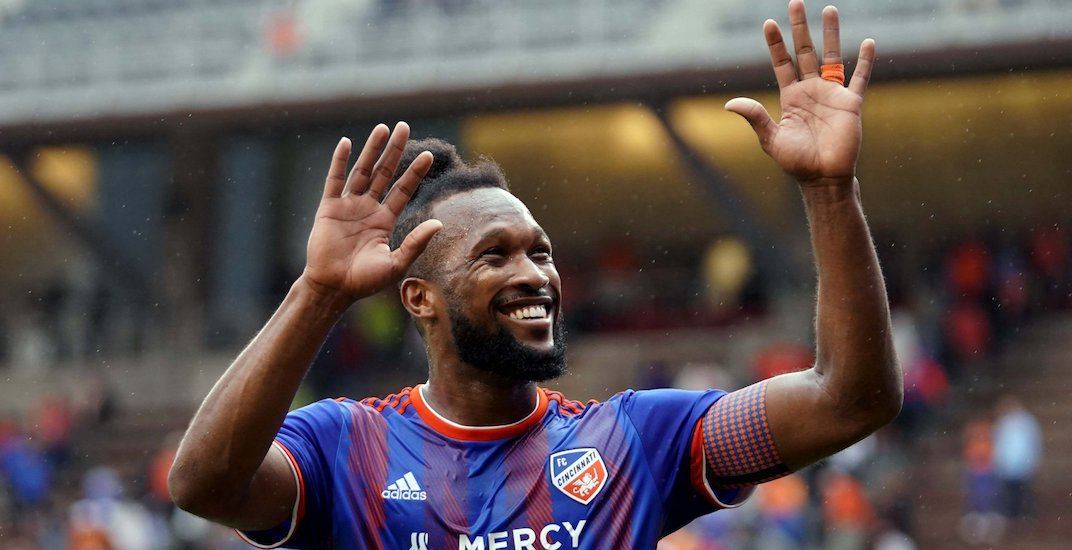 He played his heart out for five seasons with the Whitecaps and on Saturday, Kendall Waston will take on his former team when Vancouver visits FC Cincinnati.

The former Whitecaps captain was a fan favourite, but his final season on the west coast was a tumultuous one, ending with him publicly expressing his desire to leave the organization.

He got his wish, being traded to Cincinnati for an MLS record fee for a defender in a single-player trade.

“Everything started to break up when they fired Robbo (former head coach Carl Robinson),” Waston said in a phone interview with Daily Hive. “Not only that, but when you don’t see honesty… not the players side but the people involved with the team, and they are different. That’s why things were falling down.”

“Being transparent and honest is everything.”

It was an unfortunate way for Waston’s tenure to end in Vancouver, as the centre back brought a larger than life personality and presence to the club. In 115 regular season matches with the Whitecaps, Waston contributed 14 goals and four assists, with his play earning himself a spot on Costa Rica’s World Cup roster last year.

“The excellent locker room when Robbo was there, and the way the coaches treated us [is what I remember most fondly]. The honesty, and all those things,” Waston said. “The players went to the field and tried to give their all, not just the players but for the coaches. That’s a great memory that I have.”

As good as the memories were, the 2018 Whitecaps imploded down the stretch, missing the playoffs. At the end of season media availability, many players weren’t shy about voicing their displeasure.

An expansion team, FC Cincinnati has had a difficult first season in Major League Soccer, with a 5-16-2 record that has them last in the league. In 17 matches with his new club, Waston has one goal and seven yellow cards.

Waston says he still follows the Whitecaps and keeps in touch with former teammates Yordy Reyna and Fredy Montero.

“To be honest, I don’t feel something extra,” Waston explained. “I feel different emotions. I played five years (there), and it was my first team in MLS. It’s a special game. I’m with FC Cincinnati and we’re going to try and do everything to win that game.”

The glory is from God for giving us so many blessings. Goal for @fccincinnati history debuting at home #KW #FCCINCY #IgniteUnite https://t.co/VmbzBeM18D

Though he clearly had his differences with management, Waston spoke fondly of Whitecaps fans.

“I’m really grateful for the people in Vancouver. All the fans, they have been really good with me when I was there. At the end of the season, it was never with the fans. Those fans are really great and they support the team in the good and bad.”

Kendall Waston (@kwaston88) was absolute class tonight. Best show we’ve had yet thanks to The Captain. So many thanks to @holygrailbanks, our sponsors and the absolute diehard fans that come every week. @ENQSports @Enquirer pic.twitter.com/RCApZBy4ln

How much would it mean to score against his former club?

“It would be like another goal, but if I score I’m going to celebrate.”