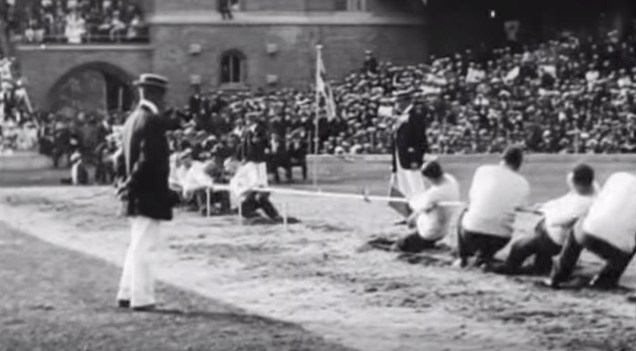 The Summer Olympics have a long and storied history. The Ancient Games looked a lot different than what we see today of course, with chariot races and whatnot.

But did you know that the Modern Games, which began in 1896, have undergone major changes over the years as well?

Here’s a sport everyone knows: tug of war. Yes, tug of war was an Olympic sport!

That game you played in elementary school was actually in the Olympic Games from 1900 to 1920. Bring it back, we’d watch.

One of the cool things about looking back at these old Olympic sports is that many of them are still being played.

Yes, underwater swimming, which was part of the 1900 Olympics, is still around.

What struck me most about underwater swimming was how fast it was. The swimmers wear fins, which makes them cut through the water at remarkably high speeds. 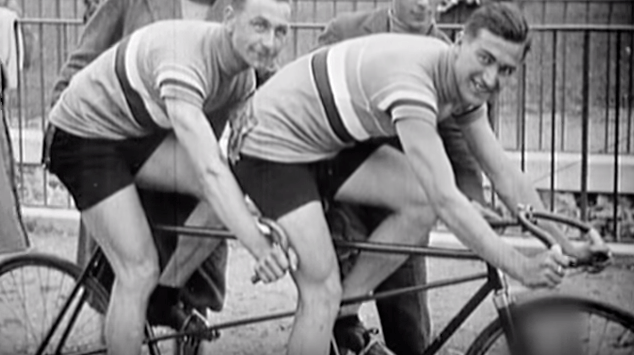 If you can have double luge in the Winter Olympics, why not tandem biking in the Summer Games?

Not only does tandem biking look funnier than single rider cycling, they go faster too!

If you’ve never heard of Basque pelota, imagine racket ball or squash, but on steroids.

It actually looks like a heck of a lot of fun.

It was around as an official Olympic sport in 1900, and only two countries (Spain and France) competed in it. Guess the IOC was a little more loose on the expectation that each sport must be played globally back then.

Basque pelota was also brought back as a demonstration sport on three occasions, most recently in 1992 in Barcelona.

I know what you’re going to say. Croquet, really? Yes!

Croquet was in the 1900 Olympics, and then swapped out in favour of a sport known as roque in 1904. Roque is like croquet, but played on a hard, smooth surface (so basically it’s the same, but worse).

Only one country competed in roque at the St. Louis Olympics in 1904, the host Americans. Good way to pad your medal count I guess.

I’ll be honest, this is a sport I wouldn’t watch a lot of. But I would definitely tune in from time to time for a good laugh.

The plunge for distance involves diving into a pool and gliding, while remaining completely motionless.

It’s as exciting as it sounds. It’s essentially long jump for divers, with the total distance calculated after gliding for 60 seconds of when the diver’s head breaks the surface.

The sport was a one and done Olympic event, having its time in the spotlight in 1904.

I saved the best for last.

Obstacle race swimming was part of the Olympics in 1900.

Basically, it’s like the Eliminator from American Gladiators, but for swimming.

The obstacle race was a 200 metre race that involved:

This competition was also done in a river, which meant competitors had to contend with river currents. Now that’s a spectator sport.