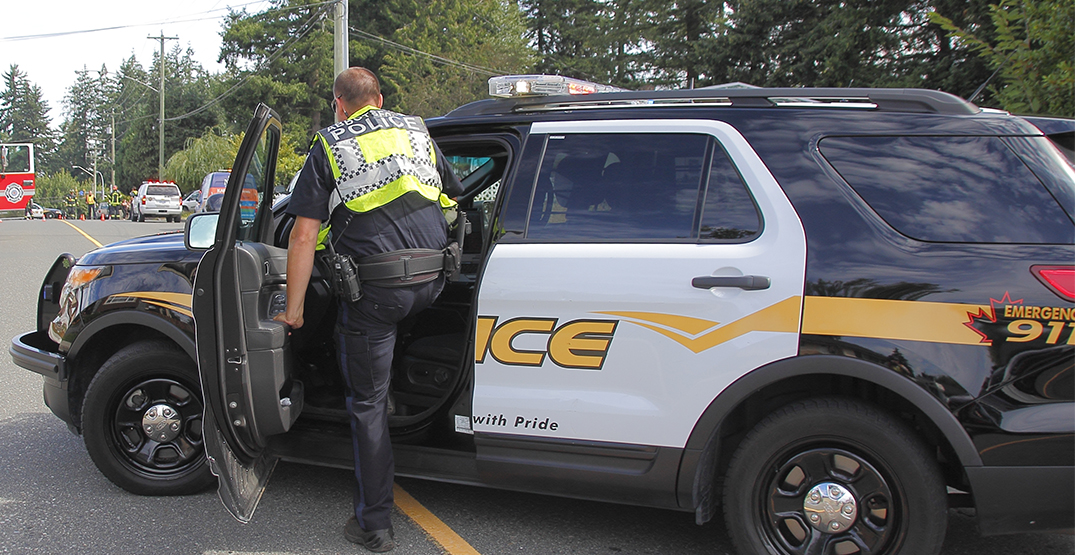 Abbotsford police are investigating a case of forcible confinement and aggravated assault after a man was spotted fleeing a local home Thursday evening with his hands tied and covered in blood.

Sgt. Judy Bird said in a news release that officers were called to the 2300 block of Clearbrook Road after witnesses saw the man running from the home.

They found the man nearby, and paramedics took him to hospital. His injuries are serious but not life-threatening.

Officers secured the home and obtained a warrant at 11:30 pm to enter the home and make sure there were no additional victims inside.

It was a large police response including tactical officers and dog teams.

No one was found inside the home — either victims or suspects.

Bird said the motive for the crime is not yet known, and added the victim remained in hospital Friday afternoon.

Any witnesses, especially those with dashcam, CCTV, or other video footage, are asked to contact the Abbotsford Police Department at 604-859-5225.