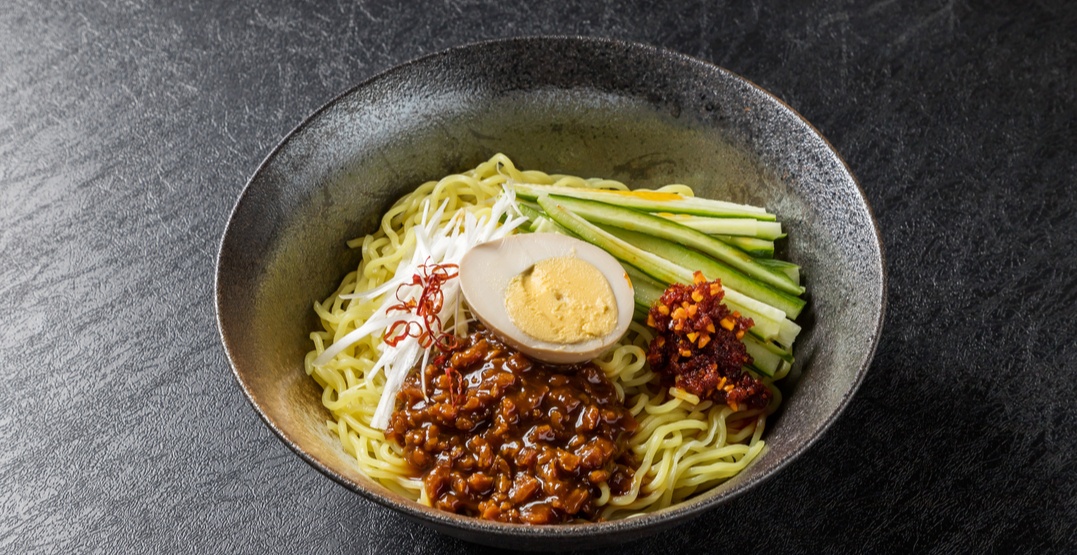 This article was written for Daily Hive by Adrian Harris and Jeremy Inglett. You can follow along with all of their adventures over on The Food Gays. Twitter // Instagram

When it comes to food trends, 2017 was mostly dominated by unicorn-coloured edibles in all shapes and sizes. Instagram-friendly grub reigned supreme; and the good people of Vancouver officially decided it finally had enough poke shops to shake a stick at.

Thankfully, with a new year on the horizon, that also means some fresh concepts to get excited about, and let’s just say that if 2017 was all about pouring on the sparkle and flash, 2018 will be the year of self-discovery.

Here are 6 noteworthy food trends on the rise in Vancouver in 2018. 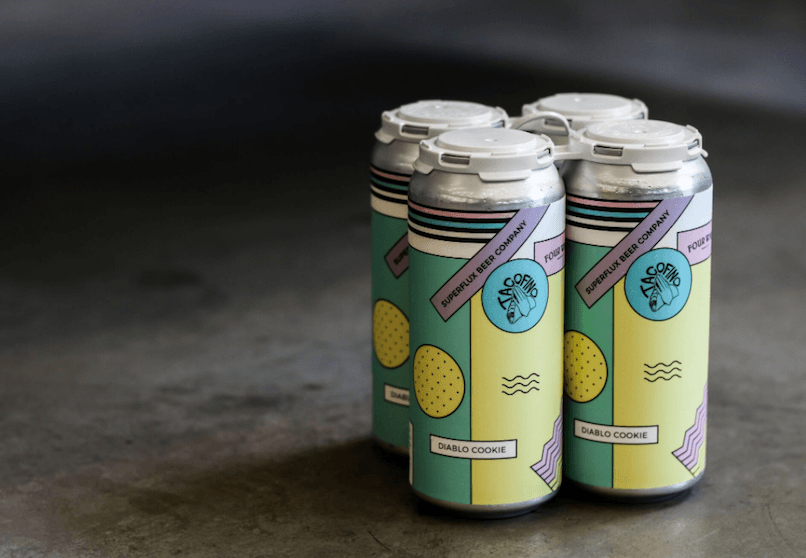 The Diablo Cookie Porter was created by Superflex Beer Company in Vancouver, and includes Tacofino’s famous dessert into their brew. (Photo courtesy Tacofino/Superflux)

We Canadians love our wine, craft beer, and spirits, and we think 2018 will see more local mash-ups than ever. Earlier this year Central City Brewers + Distillers out of Surrey, BC, launched a cross-Canada beer collaboration called Red Racer Across The Nation with Canadian breweries from 12 provinces and territories.

Hyperlocal examples of this include Wayward Distillation House out of Courtenay, BC, who produce an amazing Polish Spiced Honey Liqueur fermented with honey that is sourced from the rooftop beehive at The Fairmont Waterfront Hotel in downtown Vancouver. Odd Society Spirits and Parallel 49 are currently working together on an experimental whisky project (which sadly won’t see the light of day for at least three years).

These types of industry crossovers are increasingly becoming the norm, which would suggest the collaborative dream is certainly alive and well. Expect to see more exciting joint efforts in the year to come. 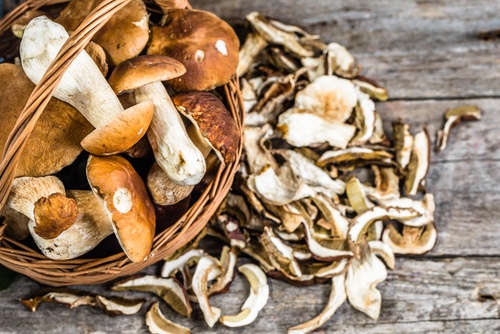 Plant-based lifestyles are seeing a lot of interest as of late, with more people choosing to incorporate higher volumes of vegetables into their diets. Whether you love them or hate them, mushrooms will be popping up just about everywhere next year. From products like coffee, tea, chocolate, and more. Beyond the beneficial health properties of this amazingly nutritious species, they can be used in a myriad of ways.

Expect to see mushrooms used in unexpected places too (think desserts) as more chefs begin to tap into the power of this flavour-wielding ingredient. In Japan, famed chef René Redzepi’s NOMA pop-up recently offered a final course featuring cèpes mushrooms dipped in cinnamon and chocolate; while closer to home at The Acorn we recently experienced a dessert that featured a rich, decadent chaga mushroom mousse featuring wild funghi from Lance Wildcraft Foraging. If you’re not a funghi fan, you may want to consider becoming one.

In restaurants and businesses:

We’re going to start seeing more and more local restaurants taking the idea of zero waste more seriously, and that’s evident by the growing number of establishments that are already making strides to reduce their footprint. It’s not only better for the bottom line; it’s simply the right thing to do. Food and other restaurant waste is a serious issue across North America, and a new breed of conscious consumer is emerging as a result of this very real problem. Businesses like Vancouver’s Cascade Room have responded by making simple but impactful changes like swapping regular plastic straws with reusable glass ones. Nada Grocery is also just weeks away from opening, so soon we’ll have a local grocery store dedicated to the zero waste movement.

In the home kitchen, we’ll begin seeing more attention to using the entirety of ingredients in recipes, wherever possible. Popular personalities like Jamie Oliver are partly to thank for this growing trend of food waste awareness, with many of his recipes offering a root to stem approach. Making use of food that might otherwise be disposed of – using up the entirety of whatever you’re cooking (using the whole broccoli, including the stems, for example; or pickling your watermelon rinds), will be on the rise. Simple cost-saving hacks like saving and reusing bacon fat, flavouring salts, repurposing coffee grinds, and composting your food waste will all be cool again – and the planet will thank you for it. 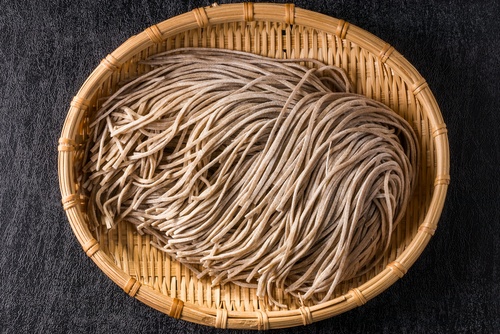 There wasn’t really ever a time when noodles weren’t trendy for us, but they’re definitely going to be having a moment in 2018. Whether you’re into Japanese, Chinese, or Vietnamese – this slurp-able obsession only appears to be growing stronger by the year. 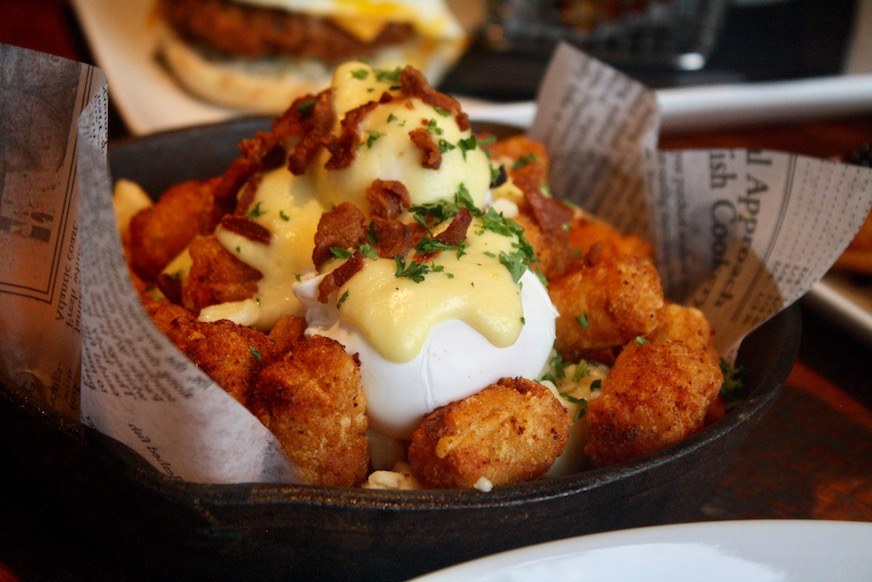 The new dinner? Sure, why not. The idea of “breakfast night”, once seen as a totally novel concept, is increasingly becoming an appealing option for busy, time-pressed Millennials. The thought of eating bacon and eggs any other time than 9 o’clock in the morning may have seemed entirely unconventional in the past, but these days it’s not uncommon to see anything from pancakes to chicken and waffles on offer at restaurants any time of day, especially on weekends.

The rise of fast-food breakfast menus now available speaks to the consumer demand – we’re becoming a 24-hour society, mostly driven on convenience (and always driven on food) – and if we want breakfast at 8 pm, why the hell should we have to wait until tomorrow morning? Expect to see more nostalgic breakfast-inspired dishes on traditional restaurant dinner menus too, from gnocchi topped with poached eggs, to BLT crostinis for dinner.

Eateries like PappaRoti, L’Éclair de Génie, and Mott 32 all experienced successful 2017 openings and expansions in Vancouver, so it’s clear that international brands are going to continue to flourish as they open more and more locations here. Chains such as the Japanese cheesecake purveyor Uncle Tetsu, Taiwanese fried chicken restaurant Hot Star, and Lebanese manousheh Zaatar W Zeit are just three of the highly anticipated openings that BC residents are looking forward to in 2018.