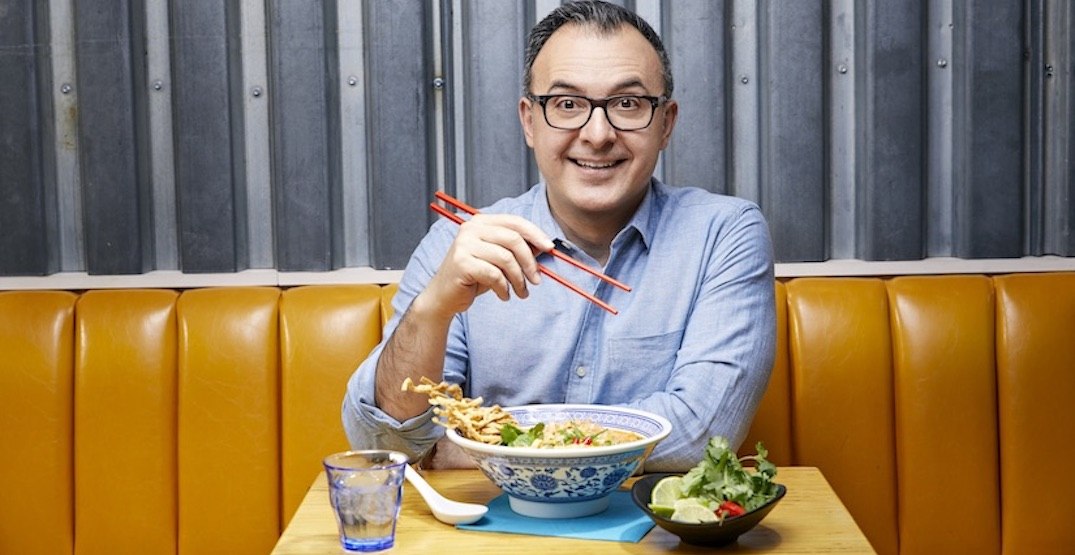 We can all agree that being a Food Network host is a pretty sweet job. Travelling around, trying new food – how could it get any better?

“It’s an amazing job, like I know how lucky I am. It’s a dream job – the travelling, the meeting new people, the trying all different incredible food. I’m away a lot from home so if there’s a downfall to the gig, that’s the only thing – my wife and my kids. [But] I’m very lucky,” Catucci told Daily Hive.

If you were a fan of the popular TV show You Gotta Eat Here, then you’re going to love Catucci’s new show – Big Food Bucket List.

Catucci says that Big Food Bucket List is different from his first show You Gotta Eat Here, because it’s about going after a certain dish or type of food, as well as the style of restaurant they visit in the new show.

“It’s like we’re finding those specific dishes that we can check off our food bucket list,” said Catucci. “There’s always those places in your town that you’re like ‘I have a hankering for ramen and this is the one place we’re going to go to because they have the best ramen’. It’s like that – it’s an amazing food adventure to check off all those dishes you need to have.” 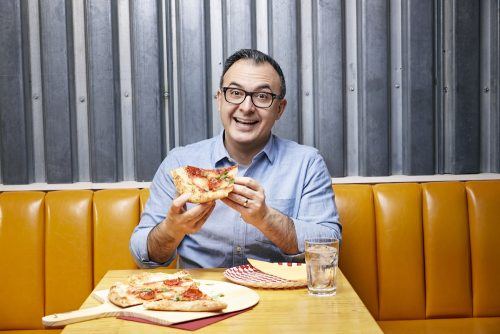 Catucci says that he doesn’t have that much involvement when it comes to selecting which restaurants appear on the show and that the show’s research team takes care of most the process.

“I think a lot of the times they are checking out reviews and history and making sure that the restaurants have not just food, but also there’s some story to it as well. It’s television so you kind of need a story,” said Catucci.

Big Food Bucket List makes stops in cities across Canada and Catucci told Daily Hive about some of his stops in Vancouver, Calgary, Toronto, and Montreal. 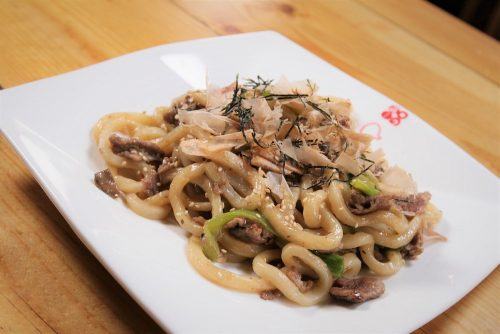 “It’s great, delicious food. We had Yaki-Udon noodles there that were just like mouth-watering delicious. It’s still one of the favourite dishes of the whole show. Thick Yaki-Udon noodles, with some nice beef and then they put on the needle flakes on the top of it, which is like a fermented smoked fish flake. It’s a wild dish,” said Catucci. 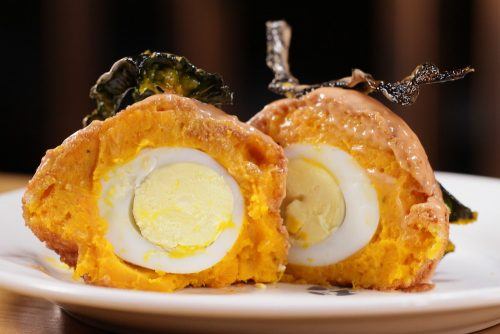 “And then we did a Kabocha Croquette. Kabocha is like a Japanese pumpkin. It almost looked like a soft egg but they used the Kabocha around it. It’s fried, it’s crispy, it’s chewy and creamy on the inside as well. It was pretty delicious,” said Catucci. 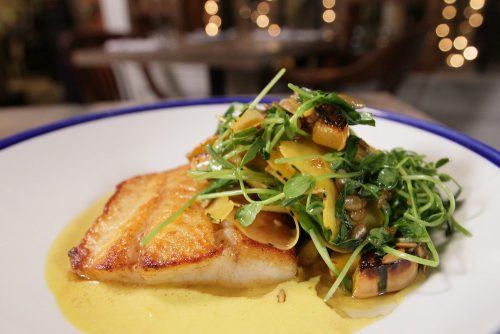 “We had Seared Ling Cod here, they also use garlic palace wash. I love when a restaurant will have a list of what specific ingredients are coming from what farm or producers. You know that they’ve taken the time to source that spot and you know that at the end of it, when the dish hits your plate, it’s gonna be even better,” said Catucci. 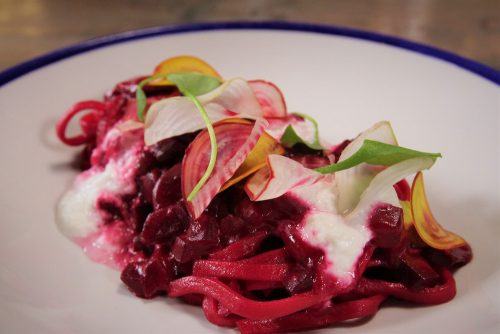 Pasta with a beetroot sauce/Nick Coffin

“They did a hand-rolled pasta with a beetroot sauce. Anything with beets in it, I’m really happy. When you’re making homemade pasta, there’s nothing like it. The texture, the chew, the feel – there’s just love in it and it’s so good.” 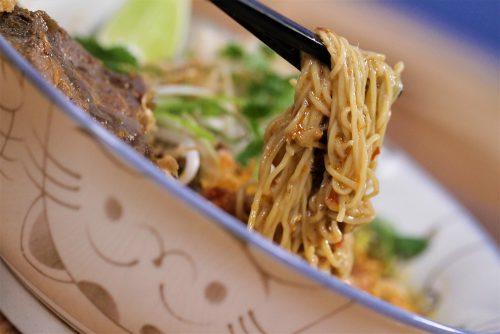 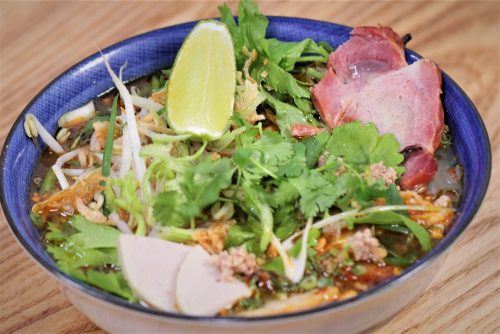 “We had a Pork Dom Yum Soup and Beef Laksa Soup. Those were great. When you walk in you get the smell of those delicious soups hitting you right away. It’s this small little place and everybody’s just sitting at their table slurping up their noodles and drinking up their soup. It’s so good,” said Catucci. 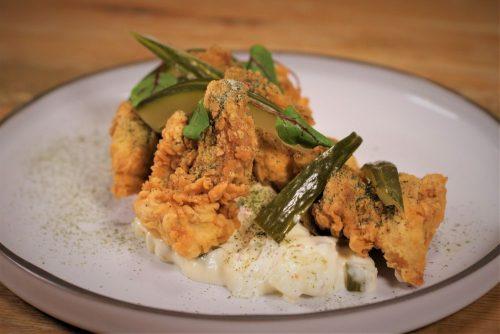 “They basically started farm to table, and getting everything within a 100 miles from Vancouver. We did this fried chicken and [the owner] does it with a dill pickle powder directly on to the chicken. It was some of the best fried chicken I have ever had. It was so delicious and so different. Like that pickle powder, you’re like what is that – it works. Burdock & Co. was just everything,” said Catucci. 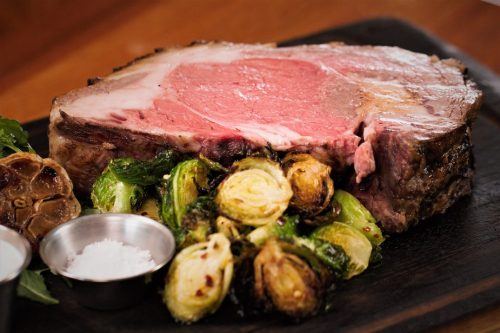 “Alberta is known for their world famous meat and Connie and John, the owners and chefs, are amazing. They source everything locally. The prime rib might have been the best prime rib I have ever had. They roast it and then they smoke it. And then you get this big slab of meat right on your plate and it’s just great,” said Catucci. 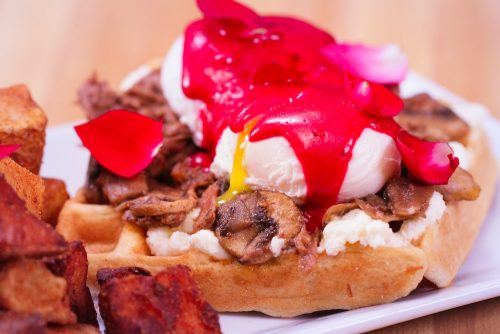 “It’s a brunch restaurant and they’re just killing it. It’s brunch that you can have all week long, not just for the weekend. They did a Brisket Bene, but the ‘wow thing’ was that they made hollandaise using prosecco, so that’s fun. You’re drinking Prosecco with your brunch so why not eat it,” said Catucci.

One of the other Calgary restaurants that Big Food Bucket List stopped at was the Calcutta Cricket Club. Catucci says it was a great and super delicious modern restaurant. 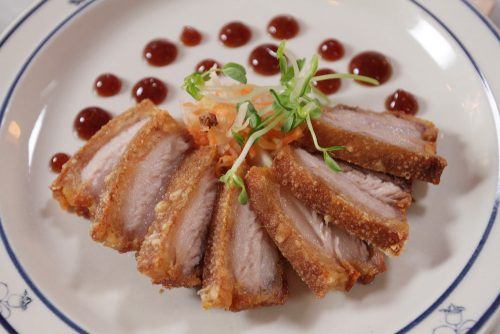 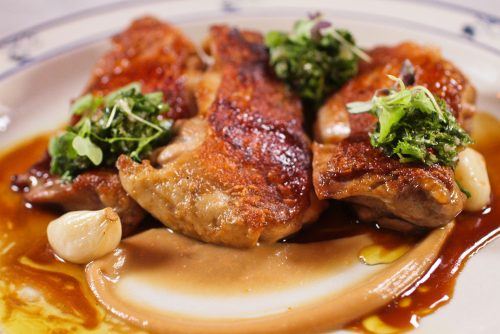 “Their Chicken Abodo was spectacular and then they did a Lechon Kawali which was crispy pork belly. It was the crispiest pork belly I had ever had. It was crispy yet buttery at the same time. It was spectacular. They also have a bunch of different sauces that they put on the table as well,” said Catucci. 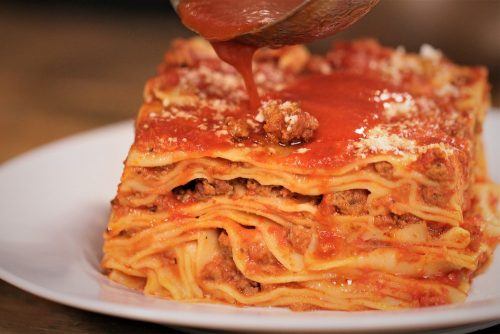 “We did a fun little Italian bakery called Lamanna’s Bakery. They’ve been there for years, the same family has owned it and I love when you walk in and get that family vibe from the restaurant. They’re making everything in house, making it from scratch. They made us their lasagna which is 11 layers. It was fresh pasta, so you didn’t feel weighed down and it had this lightness to it, but it was the biggest piece of lasagna I’ve ever seen.” 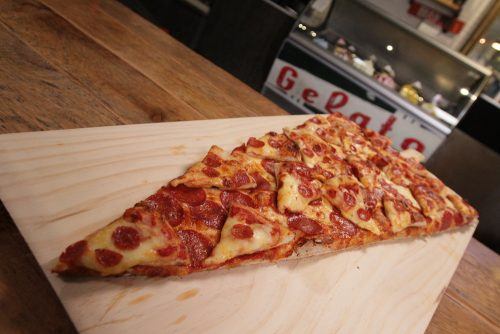 “Then they do these humongous pizza slices as well. Everybody gets these massive, massive pizza slices. They’re pretty wild. So that was one of my favourite places we did in Toronto.”

While in Toronto, the Big Food Bucket List also made stops at Chubby’s Jamaican Kitchen, Copacabana Brazilian Steakhouse, and Patois. 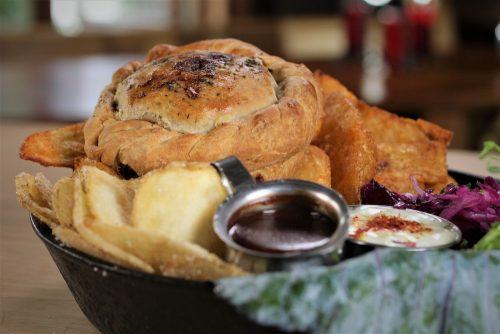 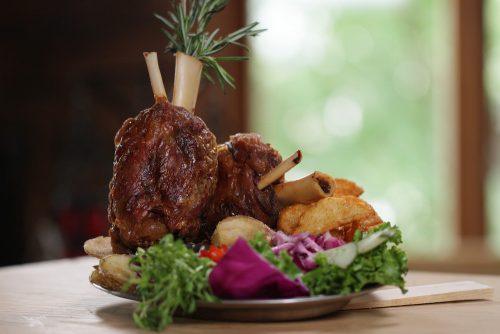 “It was like a medieval-themed restaurant. So it had flute players and dancers and then everybody is dressed up in medieval garb and then the food is like big and ridiculous. They made Game Pie but they also made Boar Shank, it was so much fun. You got to eat with your hands and the beer is given to you in big pub glasses. It’s something different then what you normally find in Montreal. It was near heaven, it was really cool.”

Big Food Bucket List premieres on Friday, May 24 with back-to-back episodes starting at 9 pm on the Food Network.