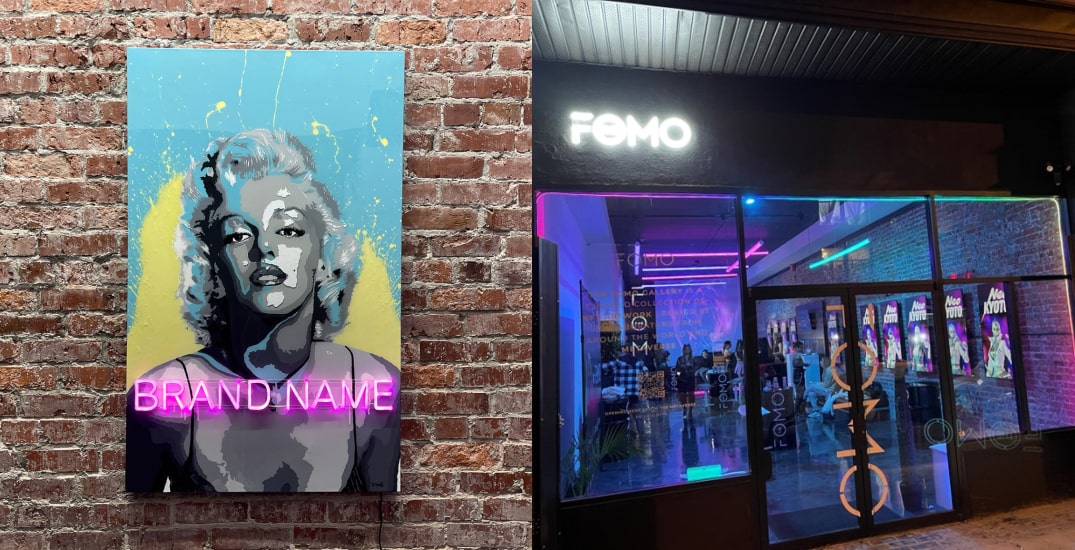 A first-of-its-kind Vancouver gallery is working hard to bridge the gap between the physical and digital worlds while supporting local and international artists.

The Fomo NFT gallery, co-founded by innovator and entrepreneur Jhordan Stevenson, is one of the world’s first multiverse portals and physical NFT galleries.

Located in Chinatown and accepting virtual guests from around the world, FOMO creates digital assets that exist both in the physical and the metaverse using hyper-realistic 3D scanning technology.

The gallery also conducts virtual reality XR/VR/AR development and features over 2000 sq ft of interactive smart content. Artists and collaborators are able to control everything — the lighting, the audio and the screens — through an app on their smartphones.

Stevenson told Daily Hive that once NFTs started taking off with the rise of Ethereum, he and his co-founder knew they had to get serious about opening Fomo.

“Prior to building the Fomo and during the design process, the space was designed entirely in 3D. This allows us the ability to port our designs into the metaverse very easily,” said Stevenson. “At this point, we are getting the 3D files digitally remastered, then we’ll be launching across multiple multiverse platforms.”

A post shared by The Fomo | NFT Gallery (@thefomogallery)

Stevenson, a tech and culinary entrepreneur that brought the sky-high dining concept Dinner in the Sky to Vancouver, explains that he was drawn to Web3 by the interconnection between technology and people.

“Web3 allows teams to cooperate in a more secure and streamlined way,” Stevenson added. “The rapid rate of change in technology can be scary or uncomfortable to some people. However, for us, it’s an incredible opportunity.

“In the very near future, it won’t be uncommon for you or your friends to spend a portion of your life within the metaverse using virtual reality, augmented reality or a mix of the two. Think about how much time you spend on your phone now.”

Fomo gallery is currently working on multiple in-house NFT projects which will be announced through their Discord server and Instagram page. 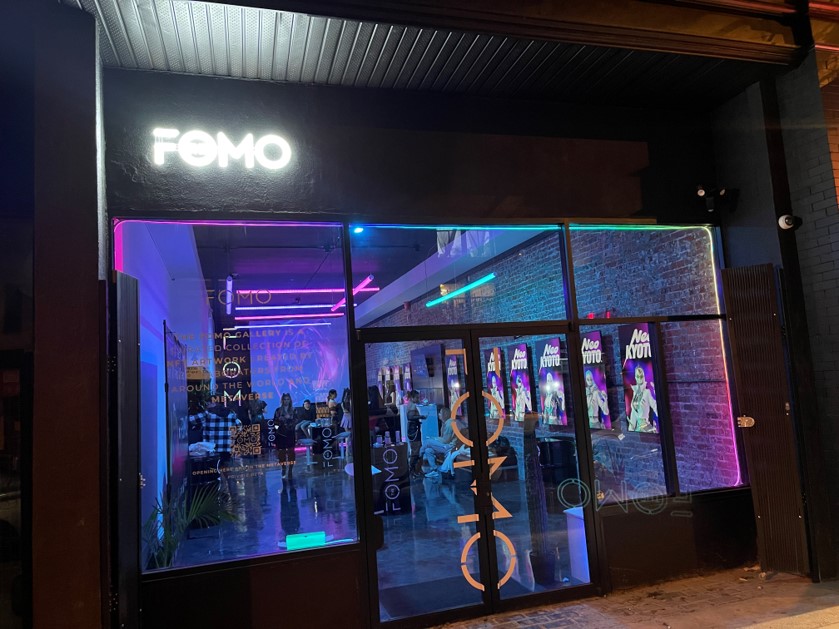 The gallery is also showcasing works by Shwill, a local artist who fuses his finance-industry background with a love for pop art and LA culture. The unique pieces are available for bid on the Fomo website and come with 1 physical and 1 digital version.

“One of the best perks about Fomo is getting to meet so many amazing artists and designers,” shared Stevenson. “Most recently we collaborated with Drew Ray Tanner, the creator behind Werd World.”

The Werd World is an NFT collection that encourages acceptance, using one character as a blank canvas to create whatever and whoever you want.

“It was birthed out of the idea that Drew had from his time as a child being bullied for drawing and dealing with identity issues being mixed race. The aim of the Werd World is to give back to anti-bullying organizations such as Stomp Out Bullying. To date, it has donated a total of $10,000 with goals to reach more.”

Stevenson told Daily Hive that the galley plans to open to the public in the near future, with all events and public viewings being displayed in Fomo’s Discord server to guests worldwide.