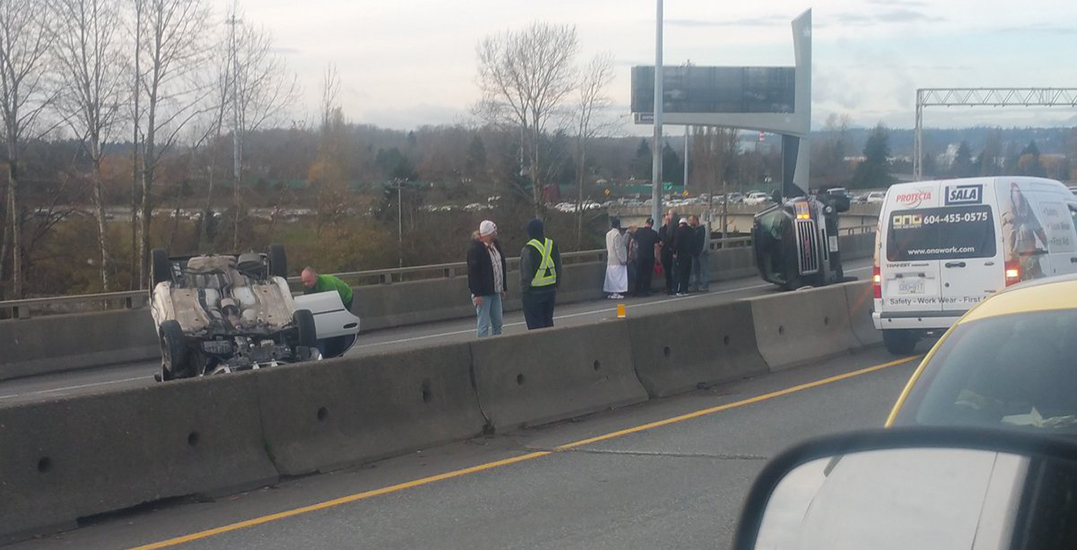 If you thought the morning commute was bad, the drive home isn’t going to be a picnic either.

Even more delays and heavy volume are expected during the afternoon commute after a multi-vehicle accident on the Alex Fraser Bridge.

@AM730Traffic one car flipped over. One pickup truck flipped on side. Alex Fraser bridge on ramo from richmond. Both lanes blocked. pic.twitter.com/H1AhHcDmp6

Drive BC has warned that the Northbound left lane is blocked and that commuters should expect major delays and congestion in both directions.

Emergency crews are also on scene.

Drive BC will provide an update on the incident at 4 pm.

#RiderAlert Due to an MVA northbound on the Alex Fraser Bridge, 340 22nd St Station/Scottsdale service will be terminating at Scott Road Station. No service to 22nd Street Station. ^cm

In addition, TransLink BC has warned riders of service changes due to the incident.