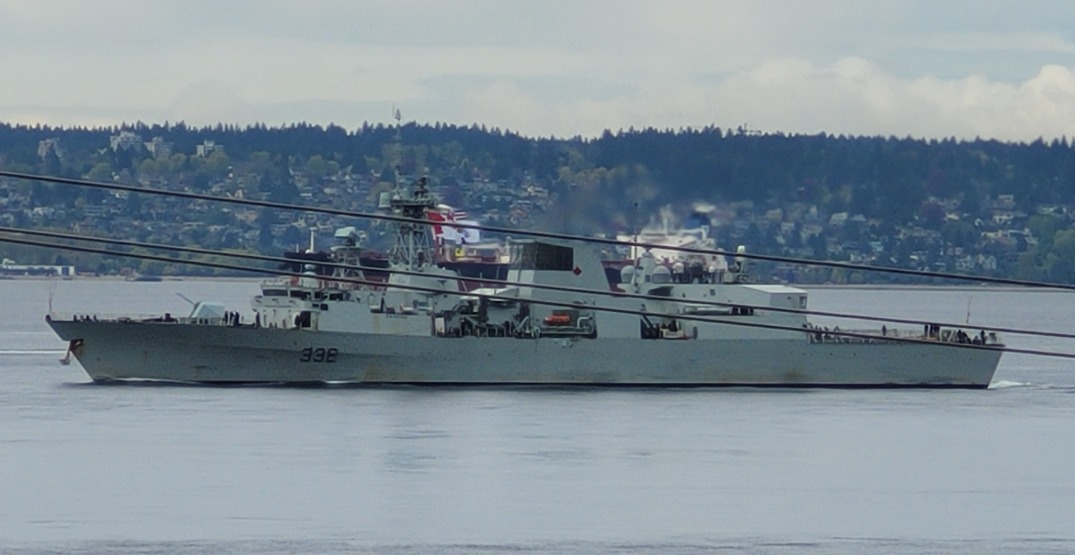 Don’t freak out if you see naval boats in local waters — huge ships are streaming into the Burrard Inlet for Fleet Weekend.

Canadian Navy vessel heading to dock at North Vancouver Public Wharf near Seabus Terminal. Believe she is of 3 available for Public Tours today and tomorrow(Saturday). Over the past 7 decades, I’ve seen a number of Navy Ships, but always during Peace times. Thinking of Ukraine pic.twitter.com/oxvZhkEmSd

Fleet Weekend is hosted by the Royal Canadian Navy and Maritime Forces Pacific. They send ships so people can climb aboard and participate in activities that teach them more about the navy.

Happy Friday! Ships attending the Battle of the Atlantic/Fleet Weekend are arriving in Vancouver today!

We invite you to come to the Seawall around Stanley Park and take photos!

Please refer to the infographic for detailed timings and order of ships. pic.twitter.com/RBGNIEwZJL

The idea is to show members of the general public what sailors with the Royal Canadian Navy do day-to-day.

Pictures taken from Ambleside on the morning of April 29 show the giant vessels floating along.

Heads up #Vancouver #WeTheNavy are coming to town for Fleet Weekend 2022.

Come down and SEA for yourself! pic.twitter.com/7ciZ8ZAahF

A Facebook event promised ship tours, boat rides, and more for the occasion.

Is that the navy here for the weekend? pic.twitter.com/FamWLMPr8t

“Have you ever wondered what life would be like as a sailor in our Navy? Come and down and SEA for yourself,” said the event description.

“HMC Ships Vancouver, Winnipeg, Brandon, Edmonton will be alongside at Burrard Street Pier in North Vancouver right by Lonsdale Quay. Ships will be open for tours.”

Their Naval Tactical Operations Group, plus Navy Clearance Divers and their Explosive Ordnance Disposal team, will be on-site as well.

This year in Vancouver, Fleet Weekend lasts until May 1.