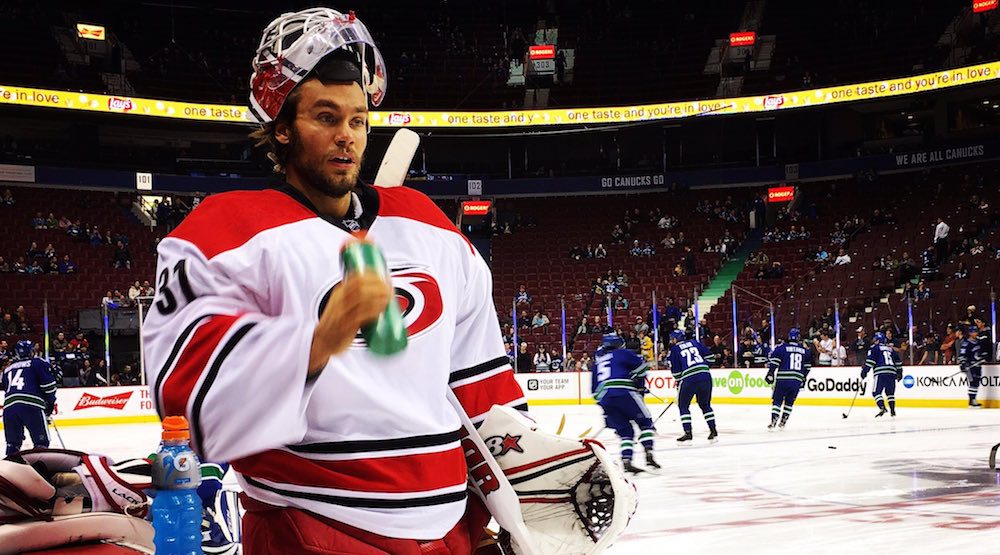 The 6-foot-4 goalie with an even bigger personality has been acquired by the Calgary Flames. The loveable Swedish netminder will back-up Mike Smith, who the Flames acquired earlier this month.

As part of the deal, Carolina will retain 50% of Lack’s $3 million salary. Lack has one year remaining on a contract that carries a $2.75 million cap hit.

The writing was on the wall for Lack in Carolina after they acquired goaltender Scott Darling from Chicago. With Cam Ward also still in the fold, Lack’s tumultuous time with the Hurricanes was over.

Truth be told, the writing may have been on the wall after Lack’s coach publicly criticized him last year.

After some promising seasons in Vancouver, Lack’s game fell apart in Carolina. Not only was he unable to unseat Ward for the starting job, he posted back-to-back seasons with save percentages of .901 and .902, respectively.

In Murphy, the Flames receive a young defenceman with good pedigree. He was the 11th selection in the NHL Draft back in 2011. He has failed to secure a full-time spot in the NHL though, splitting time between the Hurricanes and the AHL over the past five seasons.

Kanzig was a third round pick by the Flames in 2013, and played primarily in the ECHL last season. The 22-year-old has never played an NHL game.

More than anything, this was a salary dump by Carolina. Calgary, who needed a back-up, gets good value on a goaltender who could excel in the right environment.