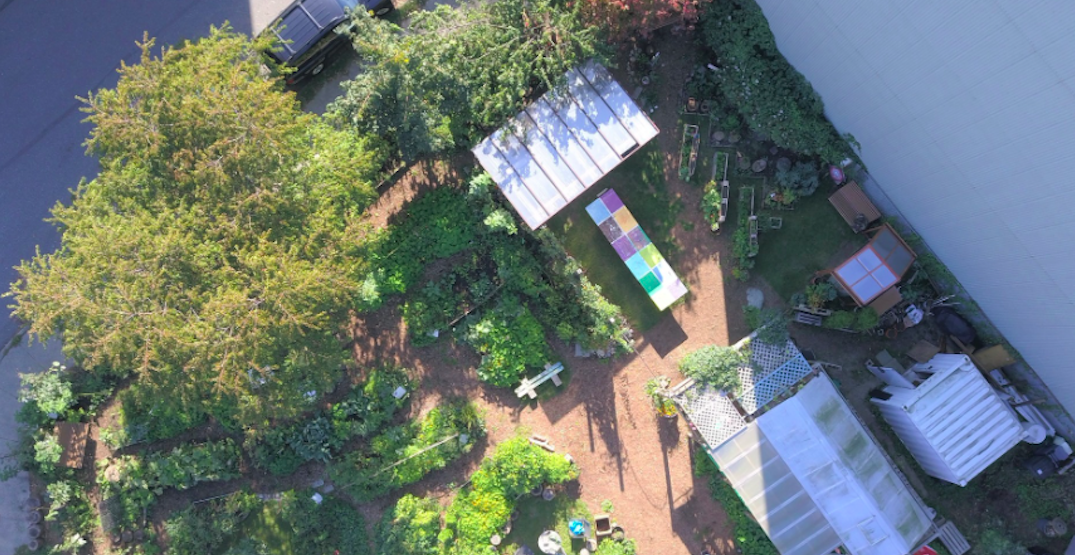 An aerial shot of the community garden (Living Systems Network/Facebook)

Visitors to the community garden in Vancouver’s Mount Pleasant neighbourhood are urged to be on their guard after a series of booby traps were found in the area this week.

VPD Const. Tania Visintin told Daily Hive that officers were called to the community garden near East 4th Avenue and Scotia Street on September 24 after an “unknown person” set up traps in the garden.

The traps, said Visintin, included “trip wires, a wooden plank with nails sticking out of it, and fish hooks at eye level.”

She said officers who attended the scene “spoke with neighbours and did a search for video” but that “no suspects have been identified at this time.”

On Facebook, Living Systems Network, which looks after the garden, said the vandalism is the first they’ve seen at the garden “with apparent malicious intent. We do not know who is responsible, nor the motivation.”

The group said it does not currently have security measures in place but that it has consulted with police and is considering its options. “Our team of four core garden stewards will apply our collective decision-making processes to this situation.”

In the meantime, people are advised to be vigilant and take special precautions, including not spending time in the garden at night, watching where they walk, “especially between structures or near trees,” and not to approach “anyone behaving suspiciously or attempt to stop them.” Instead, “make sure you are at a safe distance, then call 911.”