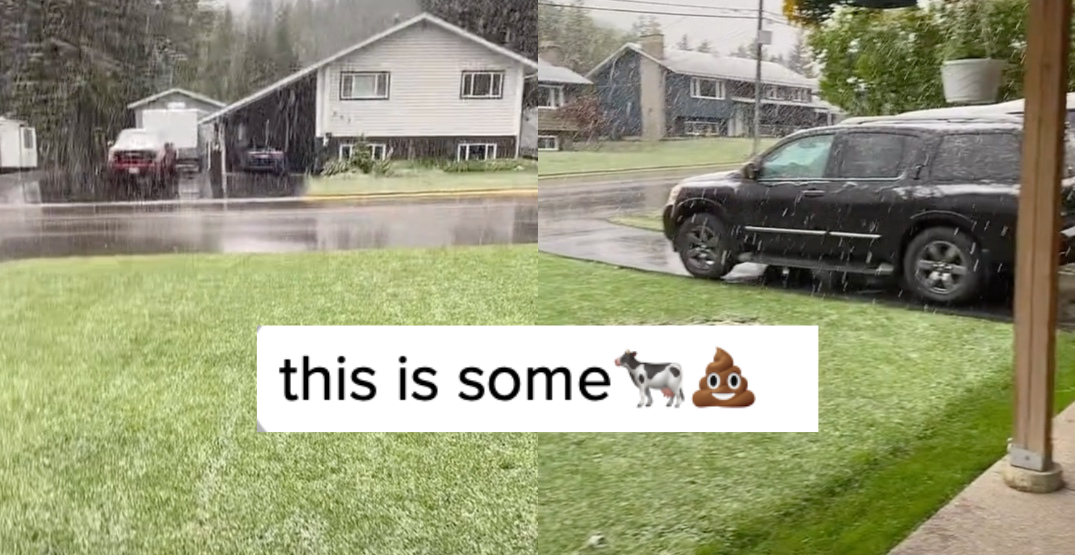 As BC prepares to experience the first hot days of summer this weekend, one BC Tiktoker is calling bull as snow falls on her lawn.

Tiktok user Kathleen Murray (@liviam001) shared a video of snow falling in the rocky mountain municipality of Elkford, BC.

“According to Global News, the first heat wave has hit BC,” she says, filming the snow falling.

“Hmm…interesting,” she says. “June 24, seven in the morning, and it’s snowing again.”

Murray has been documenting her experience of Juneuary in BC on TikTok, sharing shots of the grass getting sprinkled and covered in snow.

In Vancouver, a 12-hour drive away from Elkford, the temperature at YVR at 5 am was just 6.6°C. That made it the coldest Vancouver morning ever recorded on June 24 since they started keeping records in 1937.

🥇Today’s ~5am low of 6.6°C is the lowest temperature Vancouver has recorded on Jun 24th since records began in 1937. #BCWx #YvrWx pic.twitter.com/jIltVBEyux

Despite the chill across BC, the weather is set to turn around. Vancouver will suddenly swing into summer weather on the weekend, with highs forecasted for 27°C.

Which would you rather have, summer heat or summer snow?