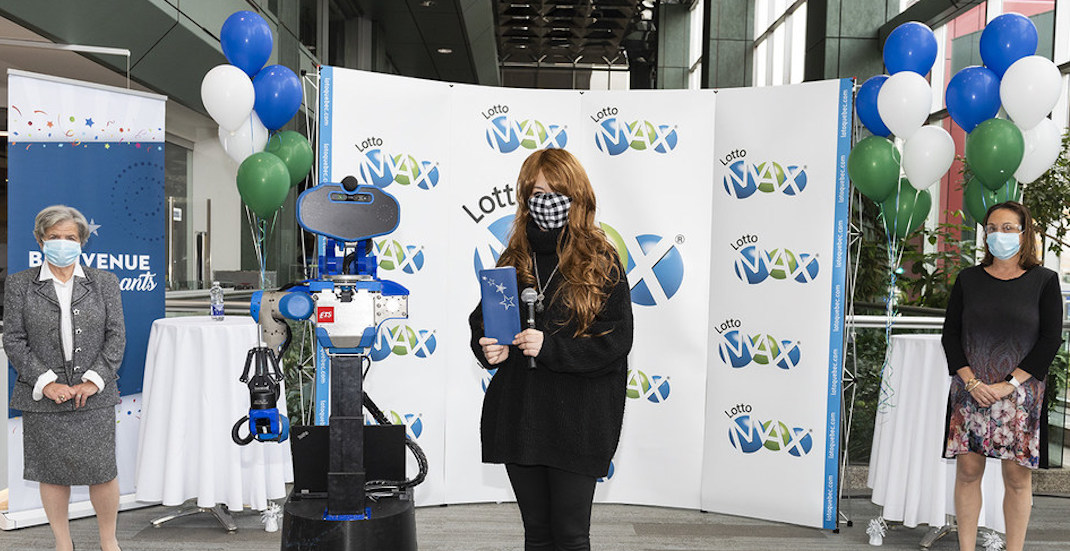 The abysmal year that is 2020 has taken a pretty rich turn for a Montrealer who decided to play the lottery for the first time.

After having gone unclaimed since October 9, Shu Ping Li took home the whopping $70,000,000 jackpot on Friday morning from Loto-Québec’s head office in Montreal.

Apart from becoming a millionaire, Li was handed the cheque from SARA, Loto-Québec’s robot who’s been handing out prizes since the onset of the pandemic to coincide with sanitary measures and physical distance guidelines.

According to Loto-Québec, Li bought the winning ticket “a few weeks before the draw,” after seeing a major lottery prize had been won in Quebec earlier this fall.

Li decided to “push her luck” and was “overcome with emotion” after finding out she was the lottery’s big winner. The winner says she took some time to stabilize her emotions before claiming her prize. She plans to take some time to think about how she’ll spend her new winnings.

“We’re proud to present a Québec winner, for the second time in our history, with a prize of this magnitude. Last February, a family of eight from the Capitale-Nationale and Chaudière-Appalache regions won the same record jackpot amount,” says Roiter.

As for the robot, SARA was developed and controlled by students from the École de technologie supérieure (ÉTS).

SARA was created to “support innovation in Quebec,” according to Loto-Québec, and was used specifically to comply with the government’s physical distancing guidelines.

Additional winning numbers can be found on the Loto-Québec website, you know, in case you’re a millionaire without even knowing it.