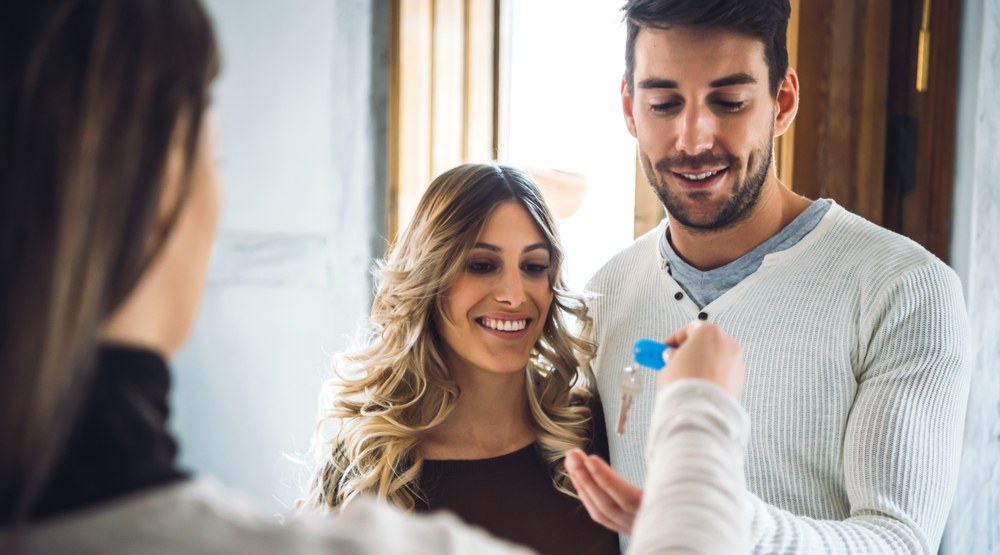 Young couple getting keys to their new home (klublu/Shutterstock)

Almost one in five first-time homebuyers with mortgages in Canada receive money from their family to help them with a downpayment, a new survey has found.

The Mortgage Consumer Survey 2017 was conducted by the Canada Mortgage and Housing Corporation and is the largest survey of its kind.

The corporation surveyed 3,002 mortgage consumers online about their behaviours, attitudes and expectations when getting, renewing, or refinancing a mortgage.

Unsurprisingly, some 18% of first-time homebuyers said they received a gift from a family member to help with their downpayment.

Reliance on parents for help with home buying doesn’t stop there it seems. Some 34% of first-timers said they lived with their family before buying.

On the flip side, 71% of first-time homebuyers used their savings to make up their downpayment and 64% said they were renting before buying.

As for why they were buying their own home at all, the CMHC found 37% simply wanted to, while 31% said they were financially ready to do so.

Many hit with unexpected costs

The dream of homeownership wasn’t a happy ever after for everyone though.

According to the study, 32% of all buyers polled were hit with unexpected costs during the homebuying process, most commonly immediate repairs needed.

Overall, 30% of those buyers surveyed said they had made repairs or improvements to their home of more than $5,000 since buying their home.

Some 58% said would also be likely to make repairs or improvements worth more then $5,000 over the next five years too.