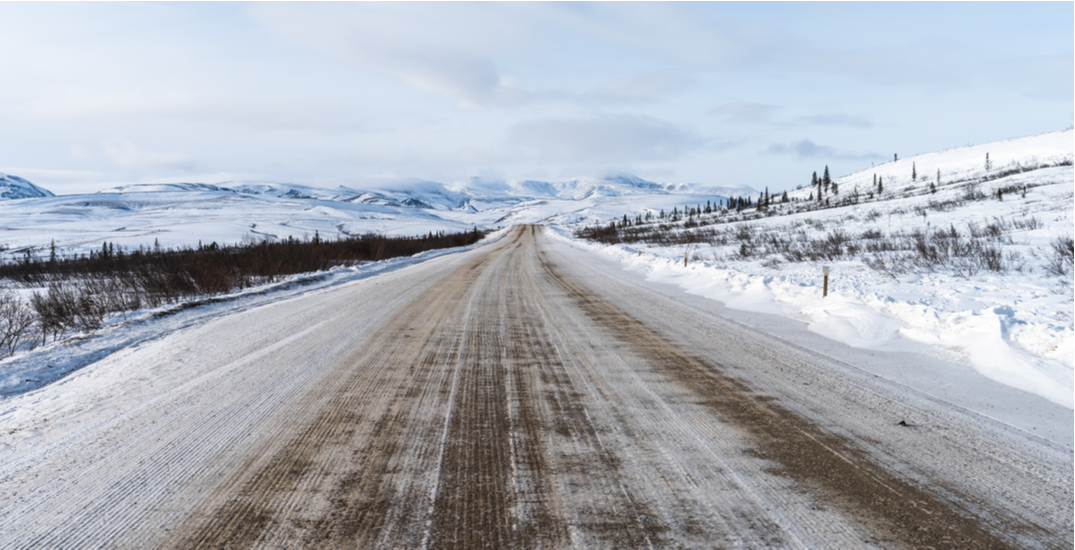 Snow on the Dempster Highway in the Northwest Territories (Shutterstock).

You read that right. The bulletin was issued on Wednesday morning and is in effect for Dempster Highway, which connects Dawson City, Yukon to Inuvik, Northwest Territories.

Ahh snow! I’m not a fan of the cold. But something about snow. How is it so peaceful looking? Walking out in Winter wonderland #iqaluit #nunavut #YFB #home #snow #itshere #winter #wonderland #peaceful #ShareYourWeather @MurphTWN pic.twitter.com/yBdZgNsOVR

According to Environment Canada, between 10 and 20 cm of snow is expected over the next 24 hours. On top of that, gusting winds of up to 80 km/h will reduce visibility for drivers.

Today marks the official start to fall, and in true Canadian fashion, the first snowfall warning of the season has been issued. #YTStorm

As for the rest of Canada, most of the country is seeing cloudy skies and slightly cooler temperatures throughout the day — you won’t need to break out a winter coat just yet.

If you’re curious, click here’s a look at what fall weather looks like in other major Canadian cities.