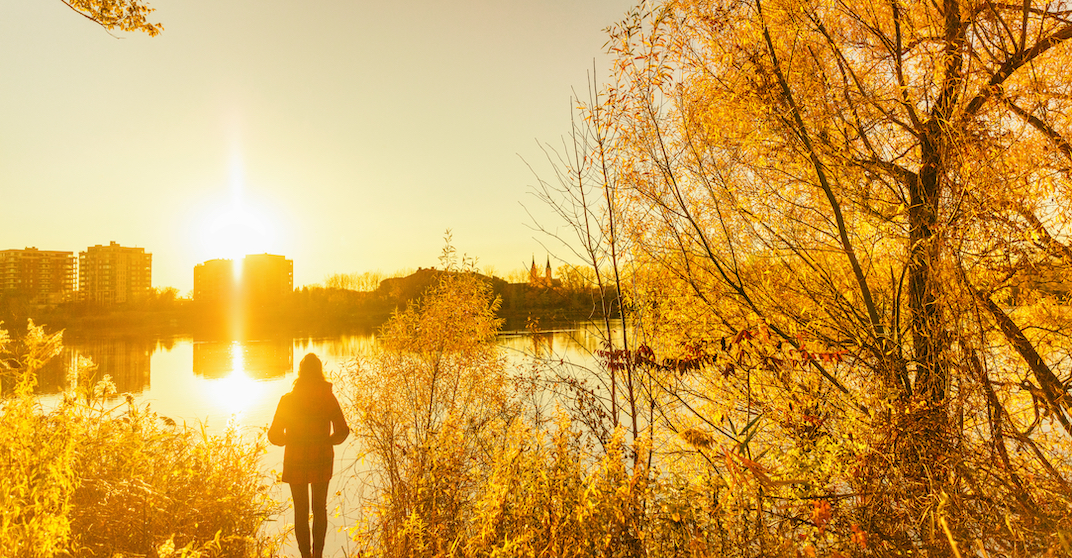 The fall season has arrived, and most of the country is still too warm to bring out the autumnal flannels… for now.

After a summer of record-breaking heat, crop-killing droughts, and town-destroying wildfires, Canadians can expect a less tumultuous fall, but major cities like Toronto, Vancouver and Montreal will continue to experience above-normal temperatures.

Weather across Canada on this first day of fall is mostly cloudy across the entire country, but fall weather will vary widely throughout the season. Here’s what Canadians can expect this fall and when they might see the first inklings of winter weather, according to the Weather Network. 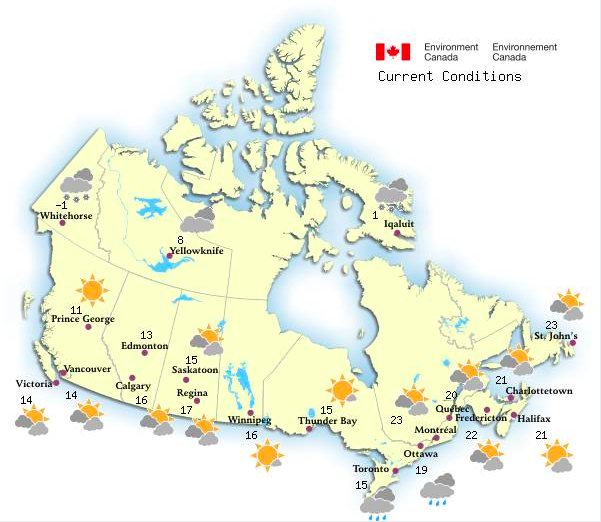 Western Canada is experiencing some mild fall weather to ring in the new season, with temperatures hovering in the high teens and low twenties across much of the region, according to the Weather Network.

Vancouver will see a high of 18°C for the first day, with the rest of the week hovering in the late teens and low twenties.

Calgary can expect a high of 22°C, with a chilly Thursday at 16°C, before bouncing back to the low twenties for the remainder of the week.

Edmonton’s high for the first day of fall is 21°C and rainy. They will also experience a chillier Thursday before bouncing back to high teens and early twenties through the weekend.

With the arrival of fall, some already have their sights set on winter weather. This year, BC can anticipate a mild fall and December, according to the report. Temperatures will still get cold in Alberta, but Weather Network meteorologists expect it will be delayed and normal temperatures will last throughout December.

Fall weather in Saskatchewan and Manitoba promises to be a bit more tumultuous than the rest of the country with both above and below-normal temperatures throughout the season, the Weather Network forecasts.

Saskatoon is ushering in the new season with a high of 27°C, and hovering between the high teens and mid twenties for the rest of the week.

Similarly, Winnipeg has a high of 25°C to kick off fall, and the rest of the week will be between mid teens and low twenties.

The prairies should see the usual amount of precipitation this year, which will relieve some of the drought conditions from the summer, according to Weather Network forecasting. They added that the prairies should expect some early frost throughout the end of the fall season, but the end of September and early October boast above-normal temperatures.

The Weather Network is predicting that Ontario and Quebec can expect a mild fall with the usual amount of rainfall, which they should take advantage of because winter isn’t expected to be kind to this region.

Toronto’s first day of fall is a damp one with a high of 18°C. The rain will continue through to the weekend with temperatures in the high teens.

Montreal is ushering in the fall season with a high of 25°C and an even warmer Thursday a 28°C. The temperatures will drop slightly into the end of the week to hover in the high teens and low twenties.

Ontario and Quebec should expect an early winter with more winter weather than we’ve seen in the last 25 years, according to the Weather Network forecasts.

What are you looking forward to the most this season? 🍁🍂 pic.twitter.com/EeG3C9xYDb

Fall will usher in above-normal temperatures and the typical number of fall storms for the Atlantic region, but Weather Network meteorologists warn that it’s still an active hurricane season and they could see some excessive rainfall because of that.

The Atlantic provinces rang in the new season with cloudy skies and temperatures in the low twenties. Nova Scotia, PEI, Newfoundland and New Brunswick can all expect these temperatures and most of the clouds to remain consistent throughout the rest of the week.

As for what winter has in store, December will have pretty average temperatures and weather for the season, the forecast shows.

The one place where it’s not still too warm for toques and flannels, Northern Canada will have varying weather throughout the season, the Weather Network says. Yukon will experience normal temperatures and precipitation, whereas Nunavut will be hit with warmer temperatures and more precipitation than usual. Colder weather, Weather Network meteorologists predict, will move into the region in mid-fall.

Whitehorse kicked off the first day of fall with below-zero temperatures and snow. Iqualuit also saw some snow with slightly warmer temperatures than Whitehorse at 1°C, while Yellowknife hovered at 9°C and cloudy.

Are your sweaters out for the season yet?