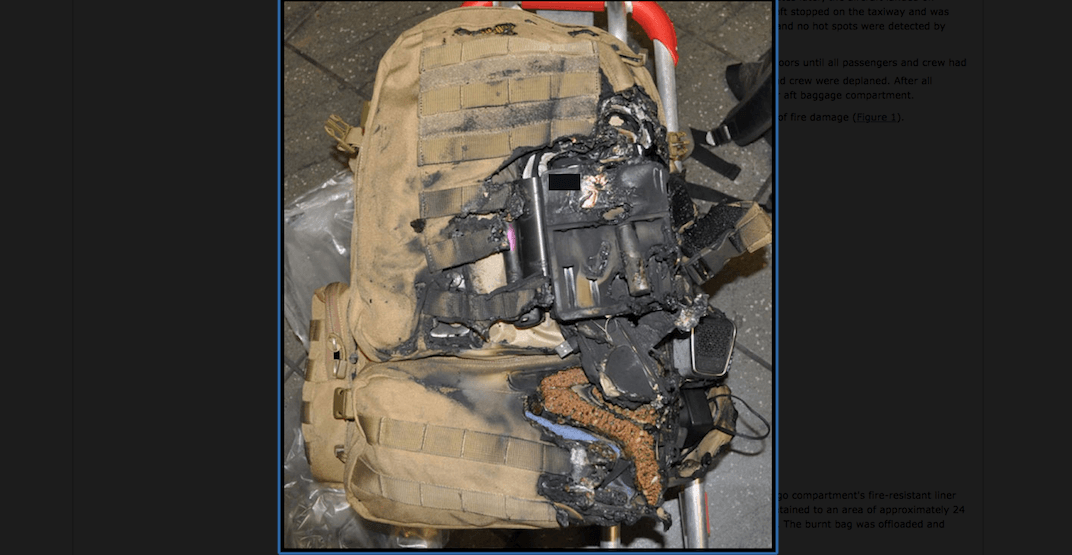 A WestJet flight had to make an emergency landing at the Calgary International Airport last summer due to a small fire in the plane’s cargo compartment.

The plane had been attempting to travel from Calgary to Vancouver with 53 passengers onboard, leaving the runway at 6:39 pm MST on June 14.

It was only two minutes later (at an elevation of 9,000 feet) that the cargo fire warning light came on, and an additional four minutes until an official MAYDAY emergency was initiated. 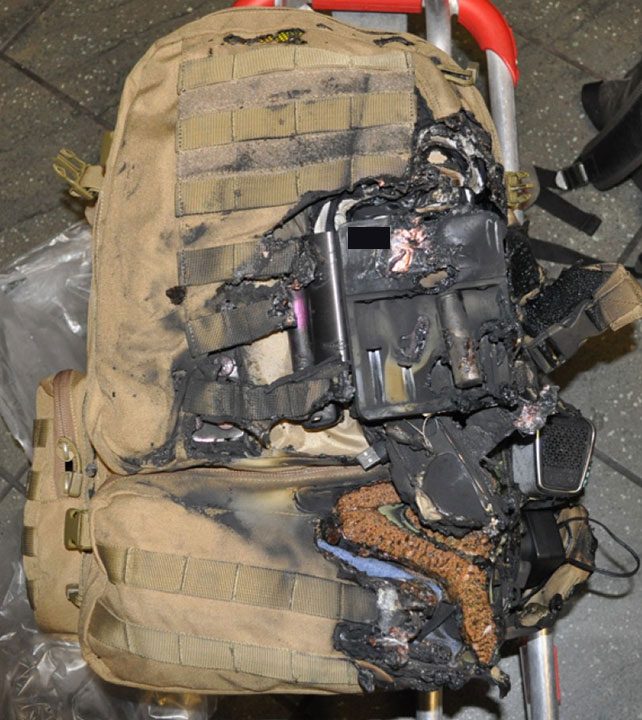 Flight crews found a fire-damaged passenger bag in the cargo compartment after the plane had safely landed.

The Transportation Safety Board of Canada has now released details surrounding their investigation of the fire.

According to the investigation, the fire was started by two lithium-ion batteries that were made for a dry-herb e-cigarette, also known as a vape.

The report states that the owner of the batteries had accidentally left two spare batteries in a battery charger, which he then packed into the front pocket of his bag. 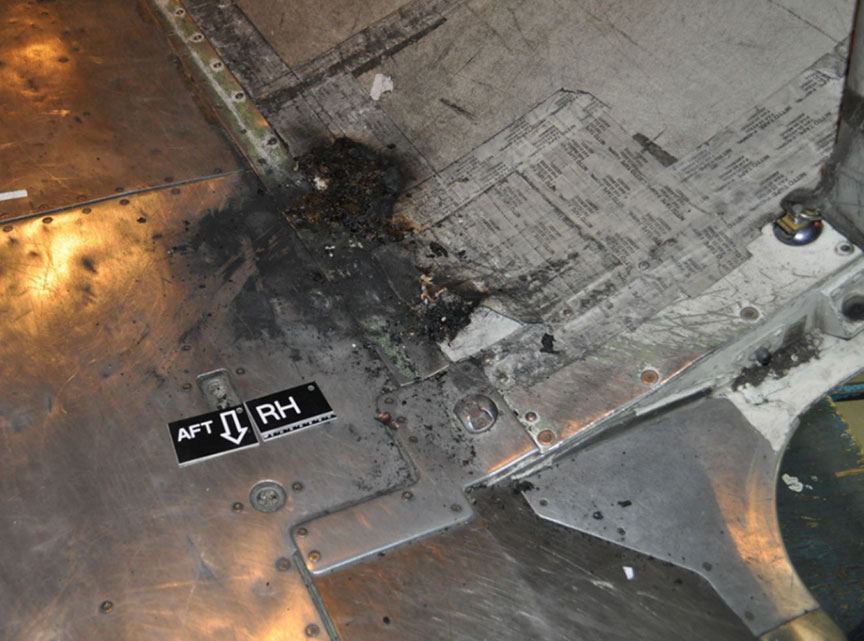 Fire damage to cargo compartment (Transportation Safety Board of Canada)

When checking his bag, he knew to remove two other batteries and the e-cigarette to keep with him in the passenger cabin, though the remaining two batteries went along with his bag and charger into the cargo compartment.

The report also stated that, while checked-baggage screening is conducted to detect explosive materials, its primary function is not to detect dangerous goods.

“If possible dangerous goods are discovered during the screening process, CATSA will perform additional checks and follow up with air carriers,” the report reads.

This is not the first time that lithium-ion batteries have caused a problem on an aircraft, as the United States Federal Aviation Administration has recorded 206 air/airport incidents that involved the battery type in the past two decades.