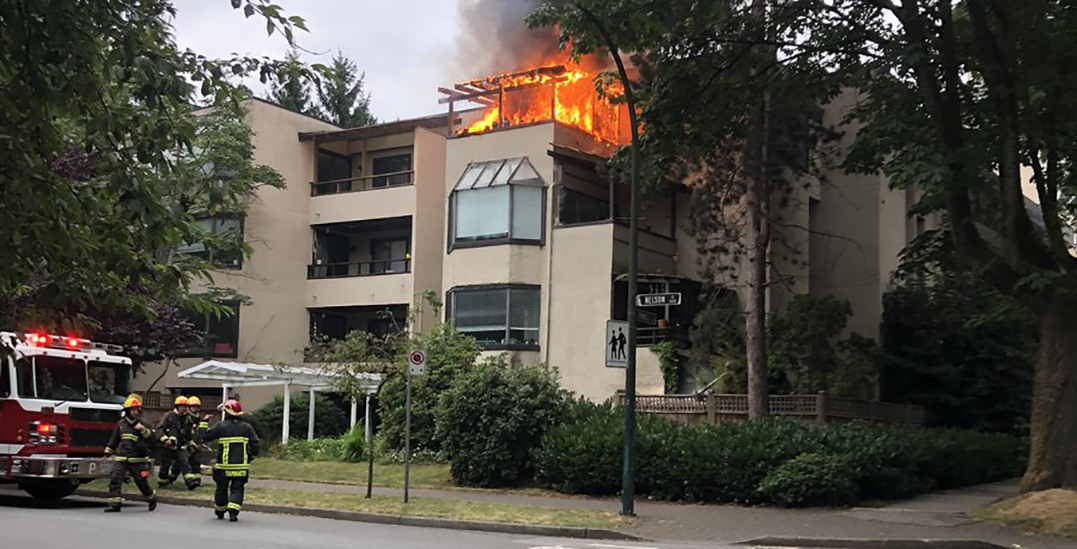 At 7:24 am, Vancouver Fire and Rescue tweeted that they were on the scene of a blaze at 1600 Nelson Street.

Within moments, crews announced that the fire was being upgraded to a two-alarm blaze.

Apartment on fire at Bidwell and Nelson ;( hope everyone gets out #westend #vancouver pic.twitter.com/CkSNEMhy9B

The fire was put out by 8 am. Crews say that the blaze was on the third floor of an apartment building.

A primary search has been completed and there’s no word as to whether there were any injuries or what caused the fire.