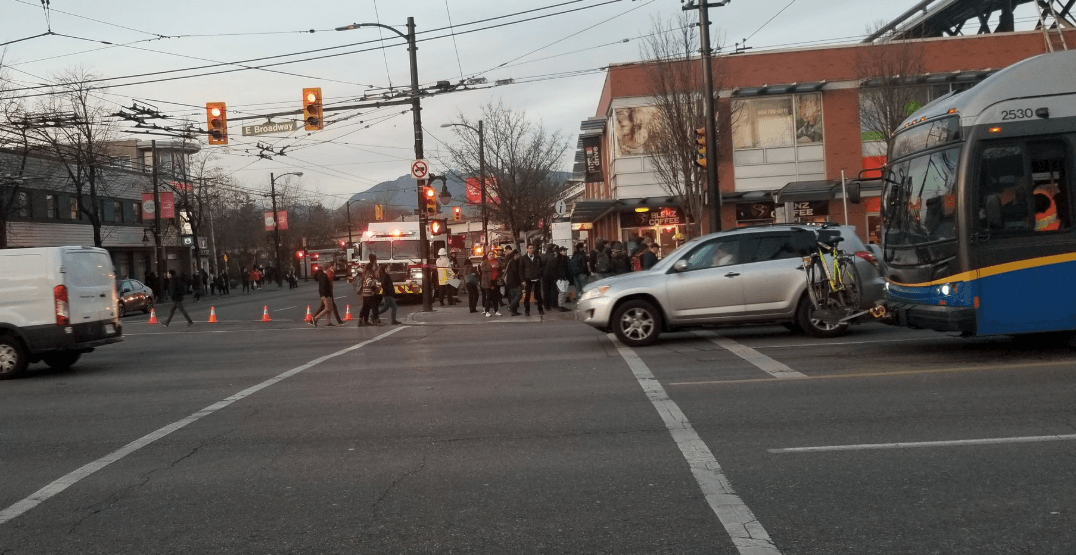 5:15 pm Update: TransLink announced the 9 and 99 Commercial-Broadway Station/ Boundary detour is cleared and service is back to regular routes. Some delays are still expected.

#RiderAlert 99 and 9 Commercial-Broadway Station/Boundary detour cleared, service back to regular route. Expect delays and some gaps while regular schedules are restored. ^nv

An afternoon fire near Commercial-Broadway SkyTrain Station is currently causing delays for bus service in that area.

According to TransLink, service on the 9, 20, and 99 bus routes in Vancouver are currently being delayed.

The 9 and 99 busses are not able to turn around at Grandview. They are proceeding to the Boundary loop, resulting in delays of up to 10 minutes.

The 20 is being detoured and not serving the northern section of Commercial between Broadway and Hastings and between Hastings and Main.

TransLink is advising customers to consult its Trip Planner online or the customer information desk (604-953-3333) for trip planning advice.