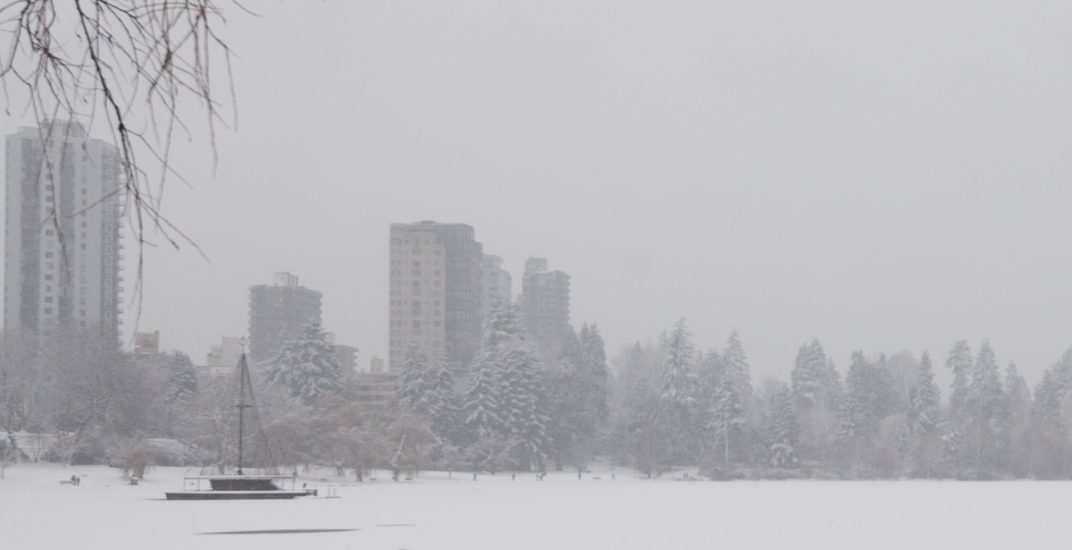 With flurries in the forecast for Vancouver this weekend, the city apparently isn’t taking any chances when it comes to getting ready for the white stuff.

Late on Friday afternoon, the city said that with freezing temperatures continuing and Environment Canada forecasting rain or snow, crews have been brining and salting roads throughout the week.

“Should conditions worsen over the weekend, we will activate our Departmental Operations Center,” they added.

“At the city, we operate 24 hours a day,” said Jerry Dobrovolny, the city’s GM of engineering services. “When it snows, our priority is ensuring main arterials and bus routes are kept clear, to keep streets safe for all users.”

In a release, the city said it works with a meteorologist “for tailored Vancouver-specific weather predictions.”

“When snow or freezing temperatures are predicted, the city ensures that arterial streets are salted, brined, or plowed depending on the conditions,” the city said.

In 2017, the city also expanded coverage locations, increased salt availability, and developed a three-tiered service response time system. As such, its priority locations for snow and ice removal are:

The city said it also works closely with Vancouver Park Board to ensure their operations teams are coordinated and supported.

“This year, many of our John Deere mowers will be equipped with snow brushes and salt spreaders so our staff can easily remove snow from sidewalks, paths, the seawall, and parking lots,” said Director of Parks, Howard Normann.

“We’re committed to clearing snow and ice in a timely manner with a focus on priority areas such as community centres and destination parks.”

Good luck out there!