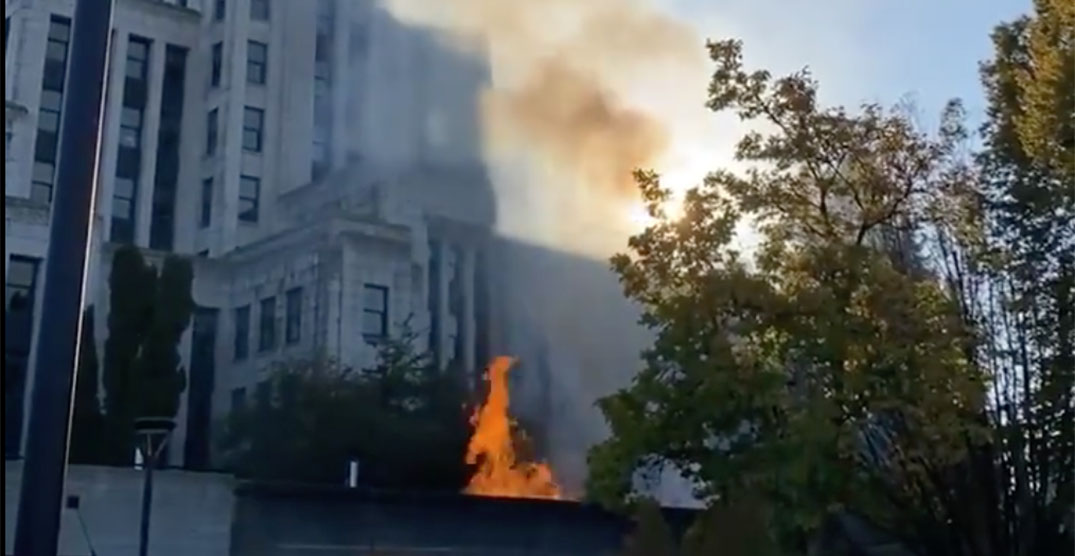 A car fire broke out near Vancouver City Hall Saturday afternoon, emitting a column of smoke that was visible from the downtown core.

Residents shared pictures of the flames and smoke to social media, which appear to have started just after 4 pm.

Witnesses say a car caught fire, and one Twitter user shared a video of the vehicle’s burned out shell.

A staff member at City Hall told Daily Hive no one was hurt in the car fire and Vancouver Fire and Rescue members attended and extinguished the blaze.

Fire crews are putting out a fire to something out at City Hall by the Vancouver statue. pic.twitter.com/7A9gZdFmdf

Looks like another fire in #Vancouver. What development this time? pic.twitter.com/RnieQNk2Ws 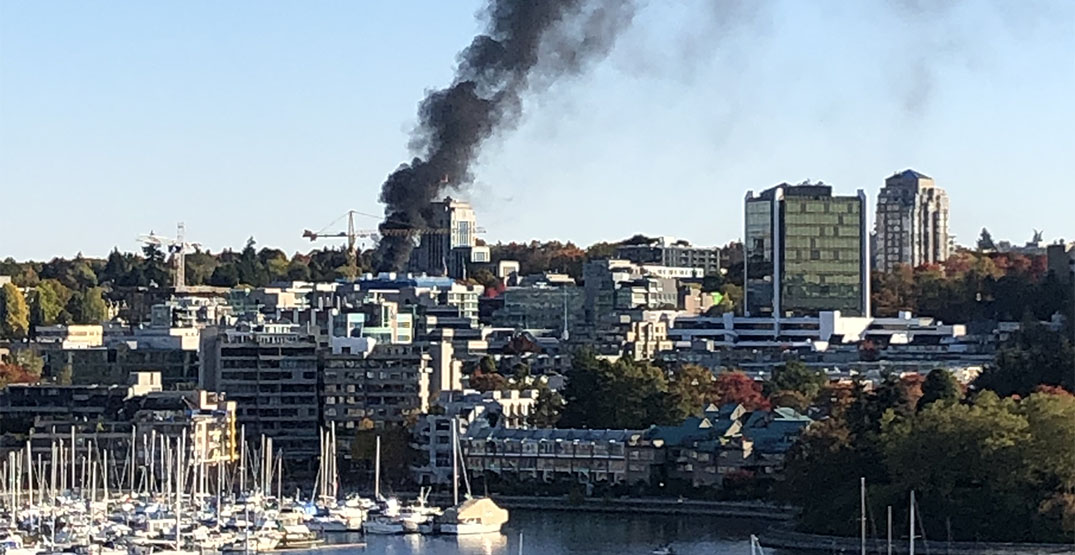 This fire comes only days after a three-alarm fire ravaged several buildings in Mount Pleasant near Main Street and Broadway, destroying several local businesses and displacing residents who lived above.