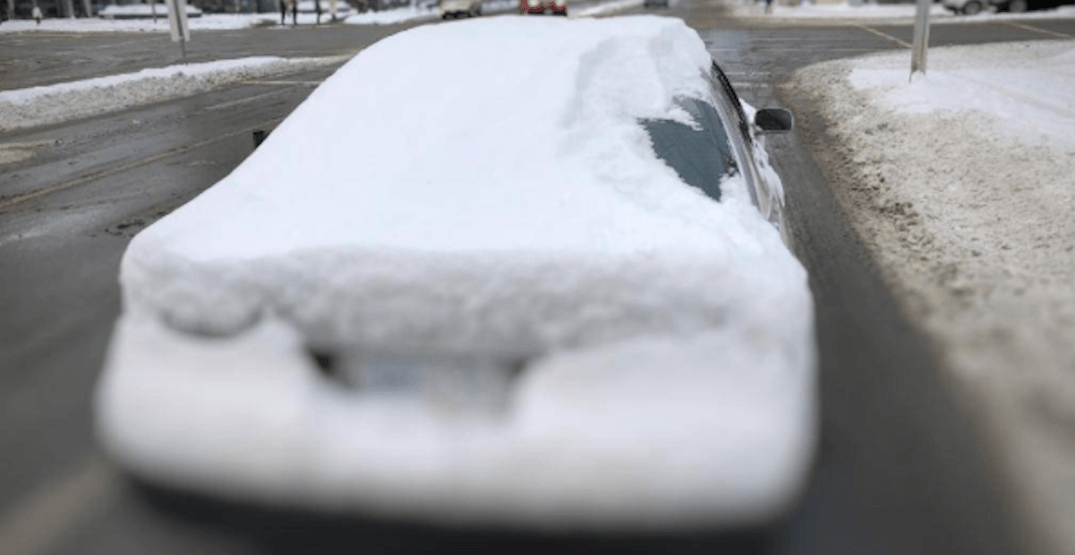 Metro Vancouver doesn’t receive snow all that often. Perhaps that’s why, when it does, people need a reminder of what they should and shouldn’t be doing.

When it comes to driving in these conditions, there are certain things to remember, besides the basic refrain of having snow tires and reducing speeds.

Being able to actually see where you’re going goes a surprisingly long way to improving your safety on the road. That’s why clearing snow off one’s windshield is so crucial — who would have thought?

Failing to do so could also cost you — and it’s a lot more than the price of a snow brush and most definitely not worth the five to 10 minutes it takes to clear your car.

Driving with an obstructed view can result in a $109 fine under Section 195 (1) (b) of the Motor Vehicle Act. The fine applies to not only a car’s front, rear, and side windows but also to the headlights and taillights.

While clearing a car of snow before driving may seem like common knowledge, it’s an issue that somehow comes up more often than you might think.

Last winter, police handed out a number of fines to drivers for failing to properly clear their cars before driving.

For safety’s sake, please take a few moments and clear all of your windows of snow. pic.twitter.com/4w5KwdtT48

$10 brush or $109 fine? If you head out today with snow-covered windows, or headlight or taillights covered by snow, that’s the fine you could face. The offence is ‘Drive While View Obstructed’ and it applies to your front, rear AND side windows.#DeltaPoliceDepartment #DPD pic.twitter.com/ct5dYEi8To

And with a Snowfall Warning still in effect for much of Metro Vancouver, this is pretty sound advice if you’re planning on driving in this kind of weather.

Keep that snow brush handy for the next little while, and remember to clear your entire vehicle before heading out on the roads — it’s really not that hard.