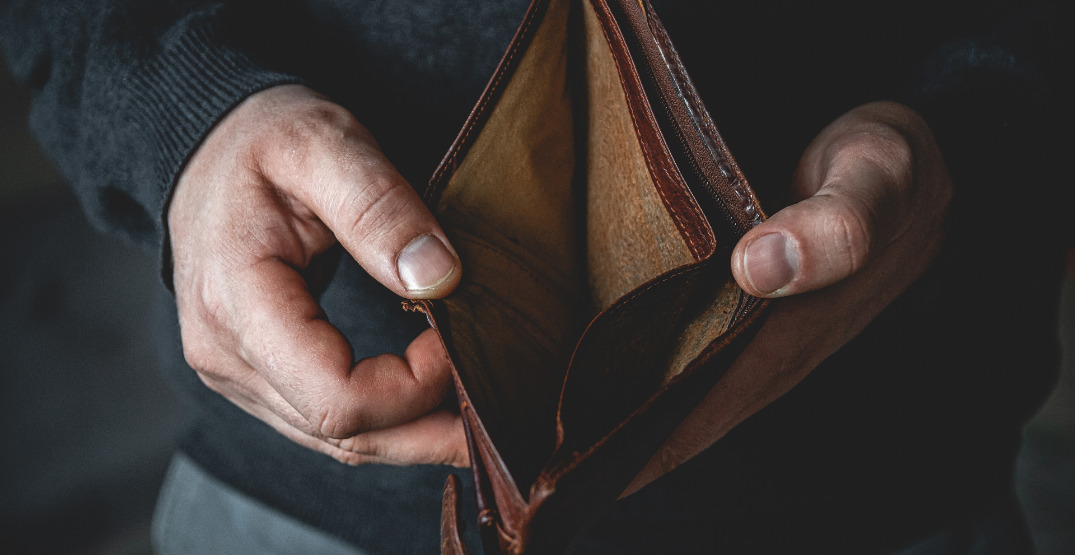 The feeling for many Canadians. (perfectlab/Shutterstock)

With ongoing conversations about rising food costs amid record inflation in Canada, many Canadians are dealing with depression and mental health issues due to their finances.

The 2022 Financial Stress Index from FP Canada reveals that 38% of Canadians say money is the biggest concern. It outranks personal health (21%), work (19%) and relationships (18%).

The data was collected from a survey conducted by Leger in April of this year. More than 2,000 Canadians were surveyed.

The survey highlights that Canadians are feeling much less hopeful than they were even just one year ago. One in three survey respondents said that financial stress is leading to anxiety, depression, or mental health issues.

The survey also reveals that many Canadians are working with financial planners to help guide them through these tough times.

Canadians who are turning to a financial planner are less likely to face mental health issues as a result of their financial troubles. They’re also more hopeful about their future.

The FP survey reveals that one in four respondents have literally lost sleep because of their financial concerns.

The primary respondents who dealt with this reality were:

Half of respondents experienced a negative impact on their lives thanks to financial stress, and three in ten experienced a mental health challenge.

Anxiety, depression and mental health challenges impacted 35% of people. Financial stress also had an impact on marriage and relationships (15%), productivity at work (14%), family disputes (12%), and even substance abuse (4%).

What Canadians are most worried about

Rising grocery prices, rising gas prices, and the impact that inflation has had on the cost of goods and services is top of mind for a majority of respondents.

56% said the same about gas prices, and 55% said that the cost of goods and services were the biggest external forces impacting their financial stress

58% of respondents say that the pandemic has impacted their financial stress, although that percentage is lower for those who do have a financial planner.

39% of those surveyed say they have less disposable income compared to one year ago. 20% have more. The people likely to have more are men who make over 75,000 annually.

Saving for retirement, bills or a major purchase has caused stress for three in ten survey respondents.

“Additionally, 26% say debt stresses them out. Job/income stability (22%) and investing (18%) are financial stressors for two in ten, while 14% say lack of control isstressful. Nineteen percent say finances don’t cause them any stress.”

According to a Vancouver-based credit union which recently spoke to Daily Hive, the effects of increased inflation will likely be felt well into 2023.