Deadpool is one of many movies shot in Metro Vancouver. (20th Century Fox)

According to a new report, it’s actually Burnaby that has most of the TV and studio space in Metro Vancouver.

The findings come from a report by Colliers International, a Canada-based global real estate organization, on the BC Film Industry and Industrial Real Estate.

According to the research, film and television industry in British Columbia hit $2.1 billion in total production volume, for the year 2015/2016.

The total production volume refers to the sum of production budget with respect to content, location, and other items relating to the production.

Metro Vancouver also emerged as the best place in Canada for ratio of film and TV production volume to industrial inventory (the production area in terms of land and studio.)

The report also indicates that tax incentives are needed in BC, as the production houses are highly mobile and often relocate according to the tax incentives. 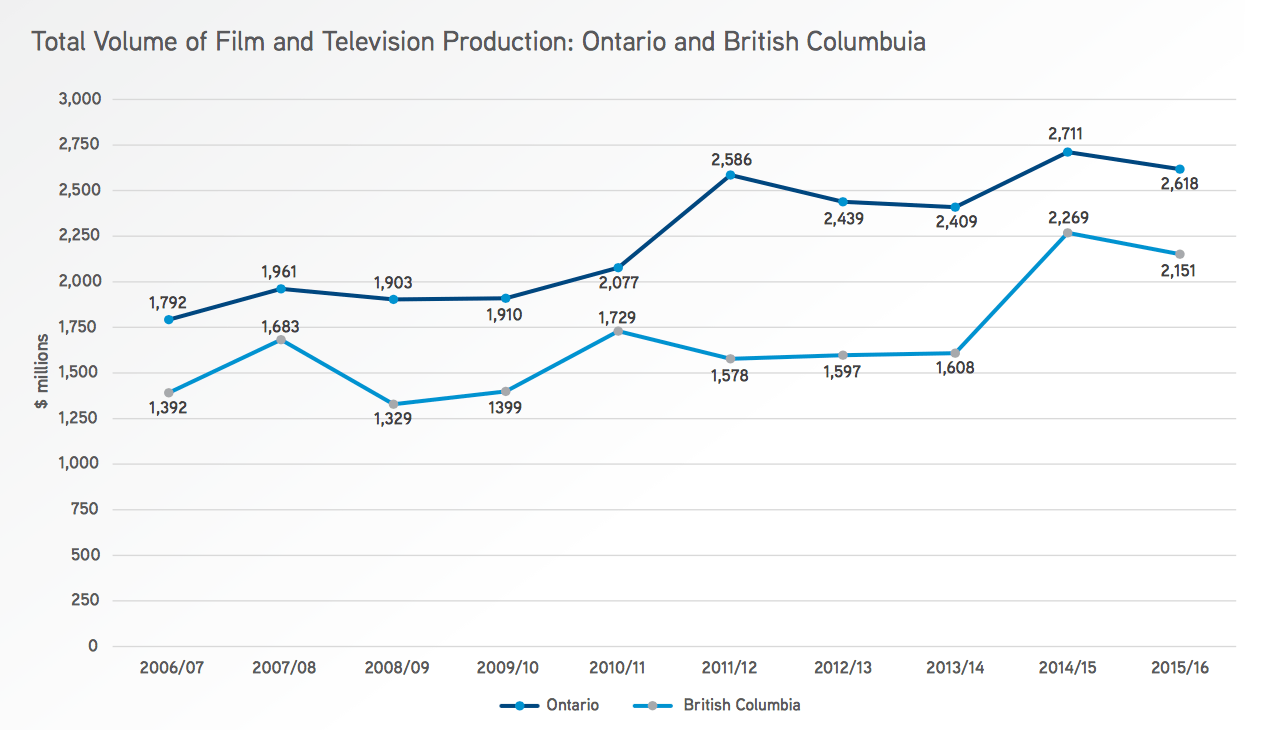 Tax incentives at stake in election

The report comes in the midst of an election campaign in which both the BC Liberals and BC NDP are proposing various policies for the industry.

The NDP is proposing to extend tax credits to the BC writers, while the Liberals are planning to bring in incentives to attract more studio houses from Asia and Hollywood.

As a result, they reduced tax incentives to the industry for movies or TV shows in production on or after October 1, 2016.

The BC government pointed out that demand for the industry is high in the province due to close proximity in timezones to Los Angeles and favourable CAD to USD exchange rate.