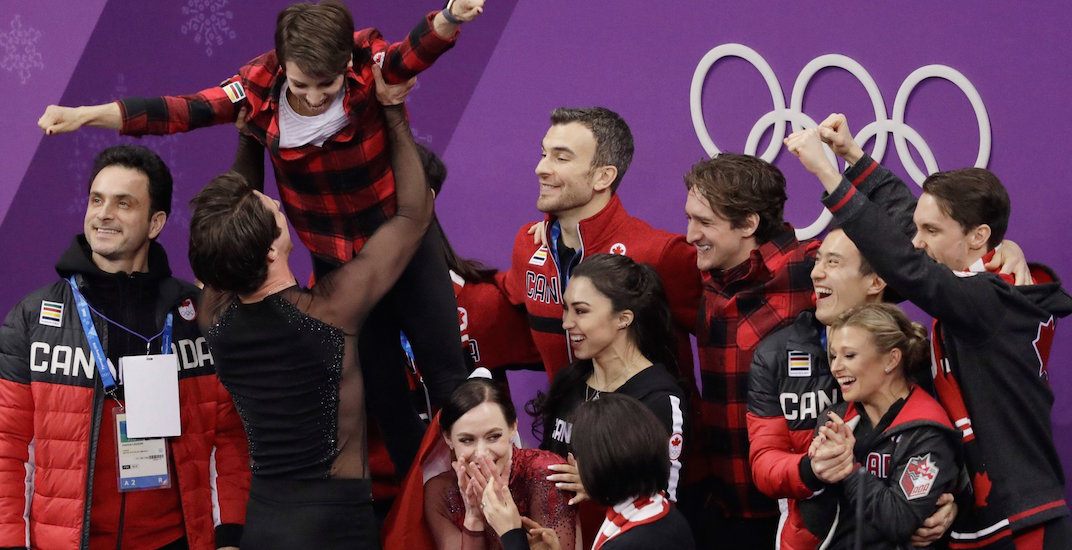 Canada has its first gold medal of the PyeongChang 2018 Olympics after a dominant performance in team figure skating.

Though he fell twice, Patrick Chan’s skate was technically sound enough to propel him into first in the men’s free skate.

Then 20-year-old Gabrielle Daleman – the only member of the Canadian team that wasn’t part of the silver-medal winning group four years ago in Sochi – did just enough to clinch gold. She finished third in the women’s free skate, earning eight points for Canada to bring their total to 63 – a total that puts them out of reach regardless of what happens in the ice dancing competition.

#CAN Gabrielle ‘Clutch’ Daleman is pumped about Canada’s first gold medal –
she guaranteed it with her free program. Tessa and Scott still to skate. #PyeongChang2018

Canada was ahead of the next closest country by five points while the most points possible that any one country can make up is four. 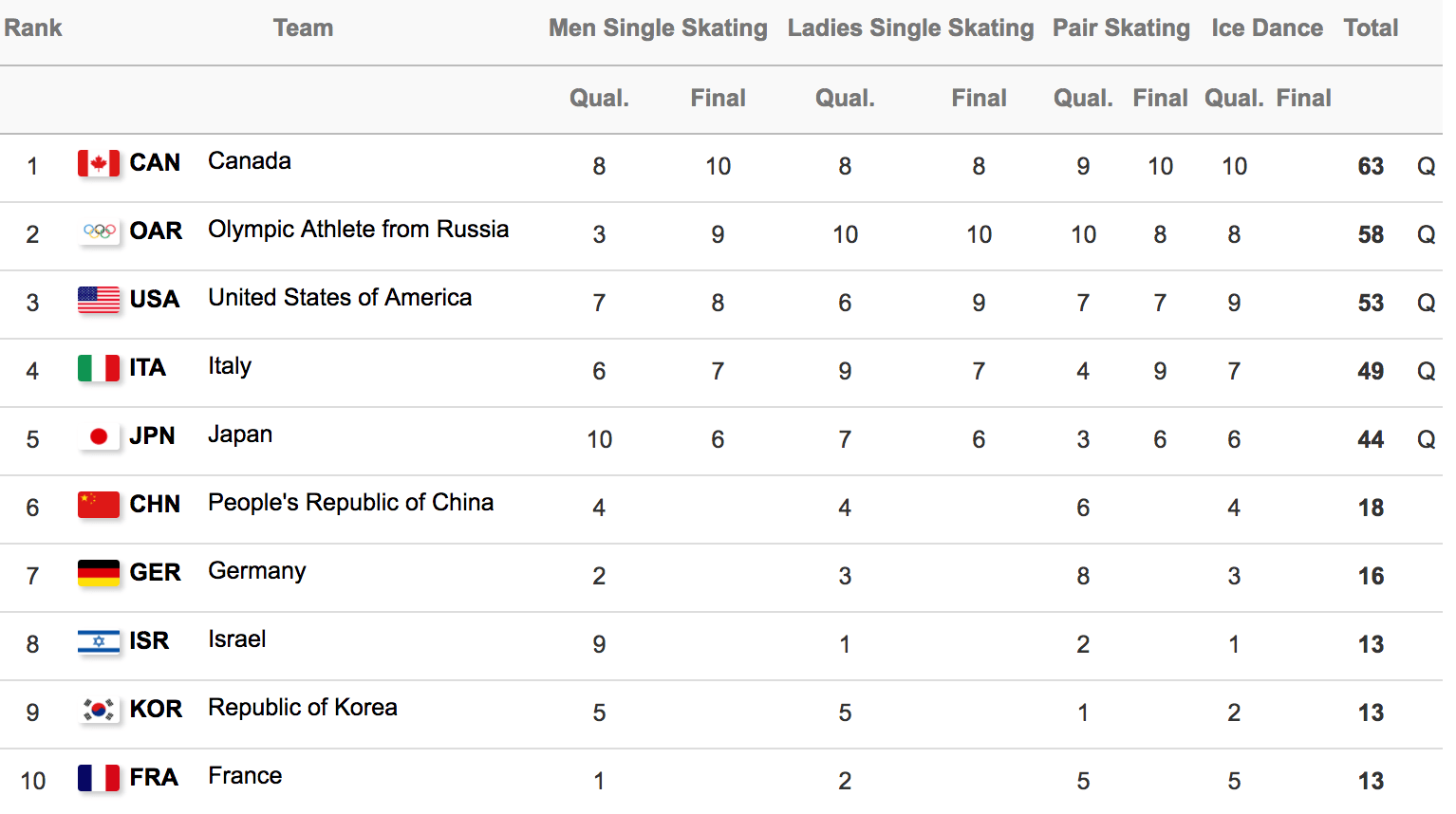 Not that it mattered anyway.

Tessa Virtue and Scott Moir, one of the greatest ice dancing duos of all-time, dazzled in their performance.

Joining Chan, Daleman, Virtue, and Moir atop the podium are pairs skaters Meagan Duhamel and Eric Radford, as well as Kaetlyn Osmond, who skated in the women’s short program.

Canada’s Olympic medal total is now up to five (1 gold, 3 silver, 1 bronze), with at least another one (gold or silver) on the way in mixed doubles curling.