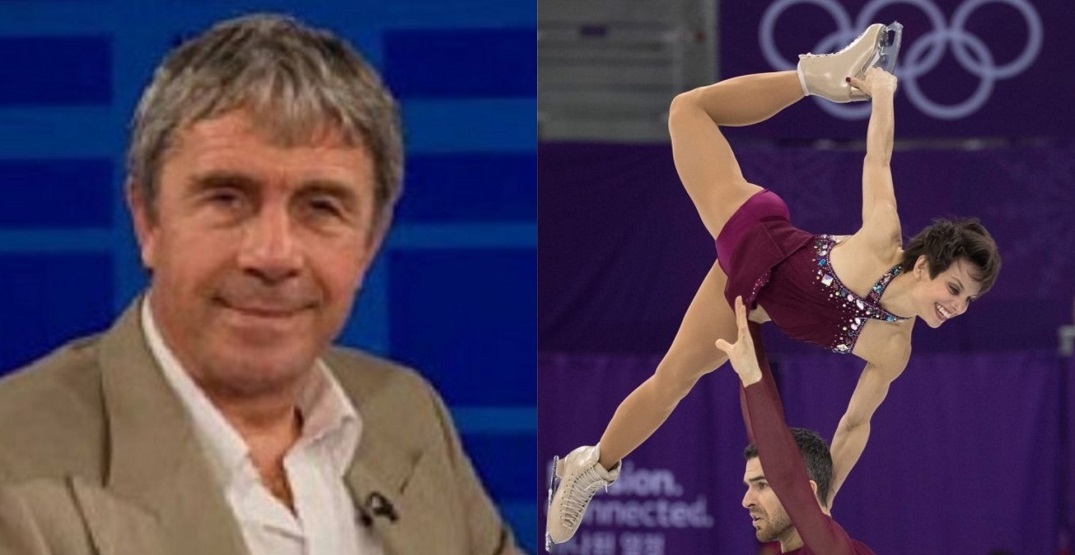 Figure skating broadcaster Simon Reed has been fired by the ISU after directing vulgar comments towards Canada’s Meagan Duhamel.

During yesterday’s pairs broadcasts at the World 2022 World Figure Skating Championships, Reed was caught on video making remarks on the ISU web feed talking about Duhamel.

Duhamel was not competing but had previously called out Reed and his partner Nicky Slater for their poor figure skating knowledge. She also called them out for saying it was “sad” Russian athletes were not competing at the event due to the country’s invasion of Ukraine.

The ISU YouTube feed commentator said it was sad the Russians aren’t at Worlds ……. And then admitted they don’t watch skating often so they “aren’t sure” about jump rotation. Um. There are better options ISU!

“Don’t worry about her,” Reed said, seemingly not knowing he was still on the air.

“We didn’t mention her by name,” Slater said.

“The b*tch from Canada,” Reed replied, with the pair laughing it off.

The ISU announced that it’d fired Reed from working as a broadcaster at any future events.

“There is no place for harassing and abusive language or remarks and behaviour in sport and our society,” the ISU tweeted on Thursday, adding there would be an “internal investigation.”

“The ISU took instant action with its service provider to suspend both commentators with immediate effect and neither will cover any future Figure Skating events for the ISU.”

The ISU offered its sincere apologies to Ms. Duhamel for the inappropriate and unacceptable behavior of the two commentators.

Duhamel, who won a bronze medal with partner Eric Radford at the 2018 Olympics, appeared to sarcastically laugh off the incident.

The former Canadian Olympian, who also works as a coach for the Japanese pair team of Riku Miura and Ryuichi Kihara, added that Reed and the ISU president Jan Dijkema had sent her “personal apologies” for the comments.

Skating twitter, I hope we all enjoy some amazing skating today. I have received personal apologies from Simon Reed and the ISU president and I don’t think a public apology is necessary at this point. I appreciate and respect their apologies ❤️

After Duhamel called the comments “shady” in a tweet, American skater Adam Rippon offered Duhamel an idea: monetize the remarks by selling “that b*tch from Canada” merchandise.

Just saying I would buy “that bitch from Canada” merch