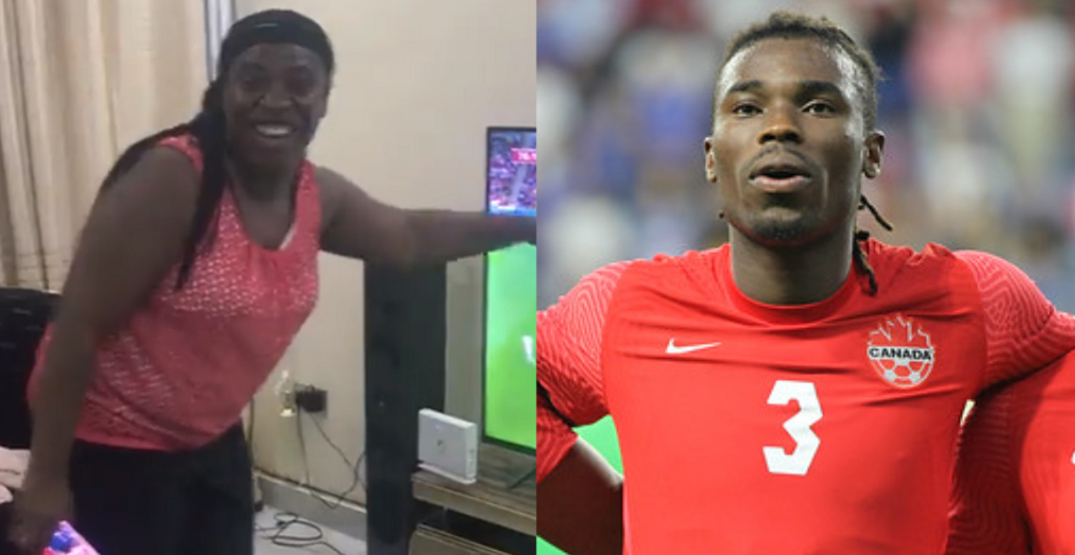 Canada may have fallen in their first FIFA World Cup match in 36 years, but Dee Adekugbe was, nevertheless, maybe the happiest person in the country.

Watching from a TV set at home, Momma Adekugbe was immensely proud of her son Sam, who came on for Canada as a substitute during their match against Belgium.

“My son Sam Adekugbe is in the World Cup….oh my God. Hallelujah,” the proud mother tweeted while exclaiming her joy in a video, pointing to him as he took the pitch.

Adekugbe primarily plays for Canada as a defender and was substituted in the second half for Richie Laryea in the 74th minute.

Canada, unfortunately, fell 1-0 to the Belgians, despite taking 22 shot attempts to their opponent’s nine.

Adekugbe, a regular for Canada throughout the CONCACAF qualifying campaign, put his name on the international soccer radar with a dagger goal against the USA in a 2-0 home win this past January.

Adekugbe currently plays for Turkish Süper Lig club Hatayspor, where he has made 46 appearances since joining the club in 2021.

Originally a native of London, England, the 27-year-old grew up in Calgary and came up through the Vancouver Whitecaps system, having played 16 games for the MLS team from 2013-17.

But Momma Adekugbe likely isn’t only proud of her World Cup-playing son, as his younger brother Elijah is also a professional soccer player with the Calgary-based Cavalry FC of the Canadian Premier League.

Adekugbe and Canada next take to the pitch on Sunday morning against Croatia, where they’ll face off against the 2018 World Cup finalists at 8 am PT/11 am ET. One can only wonder how loud the Adekugbe household will be for that one.