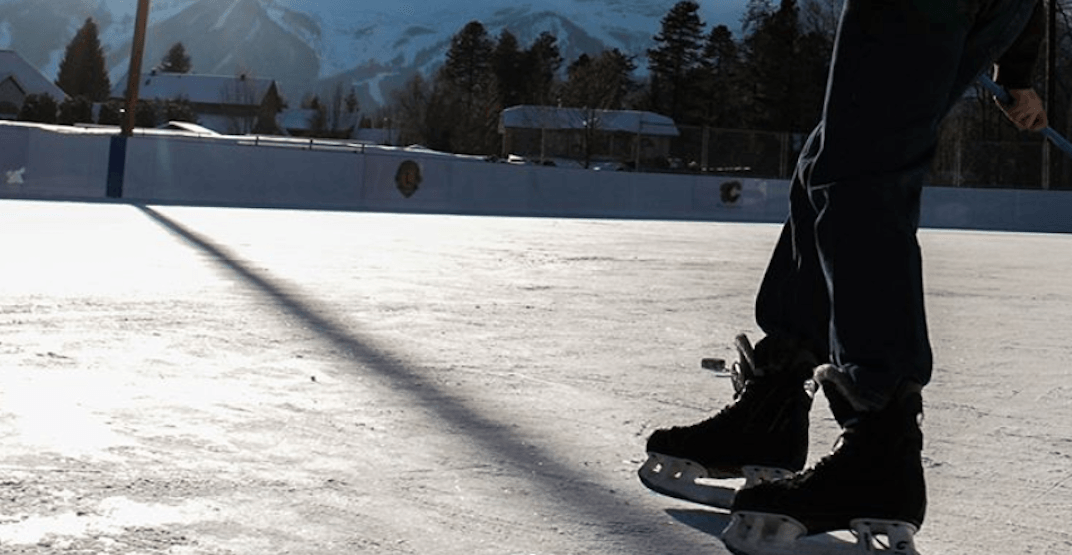 Fernie, BC has officially opened its new outdoor ice rink, donated by the NHL and Calgary Flames after tragedy hit the small mountain town near Alberta.

The red ribbon was cut by Fernie’s Mayor Mary Giuliani around 5 pm on December 21 – the first official day of winter.

The rink was donated by the NHL and the Calgary Flames, shortly after an ammonia leak at the city’s indoor rink took the lives of three people earlier this year.

The indoor rink was closed indefinitely and construction began on the new outdoor rink at the start of December.

With the help of volunteers, Fernie residents, and construction workers supplied by the Calgary Flames, the rink was completed on schedule and in time for Christmas.

A crowd gathered on Thursday, December 21 for the ribbon cutting ceremony, followed by a public skate where residents could try out their new ice sheet.