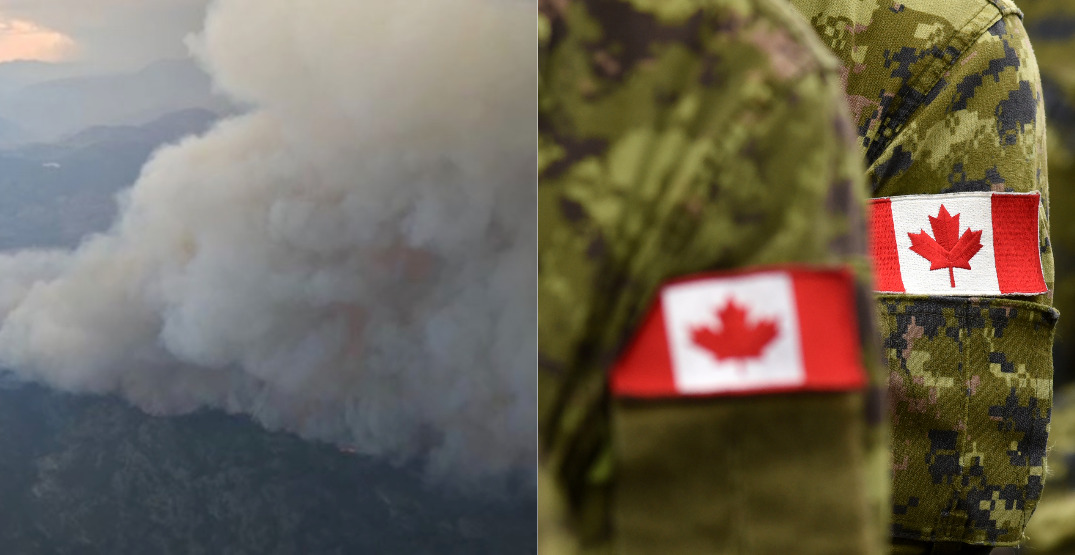 On the heels of the provincial government announcing a state of emergency due to ongoing BC wildfires, the Canadian Armed Forces (CAF) are now being sent in to help battle the blazes.

Federal Minister of Defence Harjit Sajjan made the announcement in a tweet on Tuesday afternoon.

A total of 350 members of the CAF are being sent to the province.

📍British Columbia: Wildfires are continuing to threaten communities across the province. In response to a request for assistance, we are sending up to 350 @CanadianForces members to help the @BCGovFireInfo extinguish hot spots on contained fires and monitor the situation.

A wildfire advisory has been issued for the Interior, southern Interior, and southeastern BC as of Tuesday afternoon until at least Thursday, July 22.

BC government officials are urging the public to maintain heightened awareness.

Based on the advice of emergency management experts and worsening weather reports, we are declaring a provincial state of emergency. These additional powers will be used if necessary to support mass evacuation scenarios due to wildfires. More info: https://t.co/zPIojrDu73 https://t.co/PZXVkM0OdH

Officials are urging people not to remain in areas where evacuation orders are in place, as they may impede the ability of fire crews to fight a wildfire.

People who “wait and see” may also find their delayed evacuation response impeded by fallen trees or other hazards including abandoned cars.

The BC Ministry of Forests has also issued a warning that incoming winds are expected to increase wildfire activity.