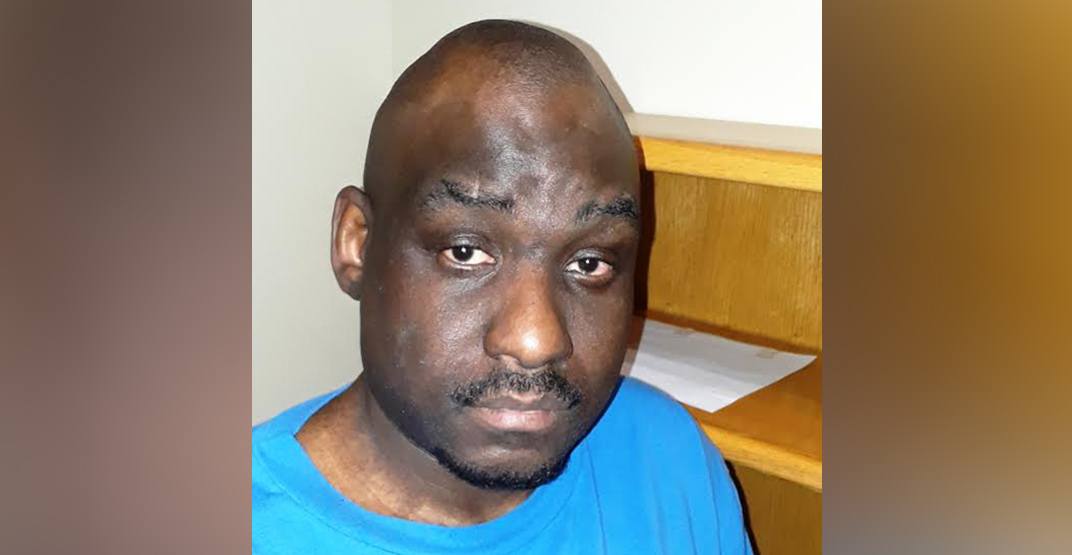 Vancouver Police have issued a public notice that that Cameron Eugene Ratelle, a “high-risk” sex offender “who poses a danger to young women,” has been released from custody and will be living in the city.

Ratelle, 40, is a federal offender who was convicted of sexual assault against a person under age 18, police said.

He has completed his sentence, but still poses a high risk to re-offend and is particularly known to target young women aged 16 to 25.

Ratelle is described as black, 5’8″ tall, and weighing 200 pounds. He has a large build, a shaved head, and brown eyes. He is hearing impaired, but uses hearing aids and reads lips.

Police said Ratelle is bound by the following release conditions:

Anyone who believes Cameron Ratelle has violated any of these conditions is asked to call 911.