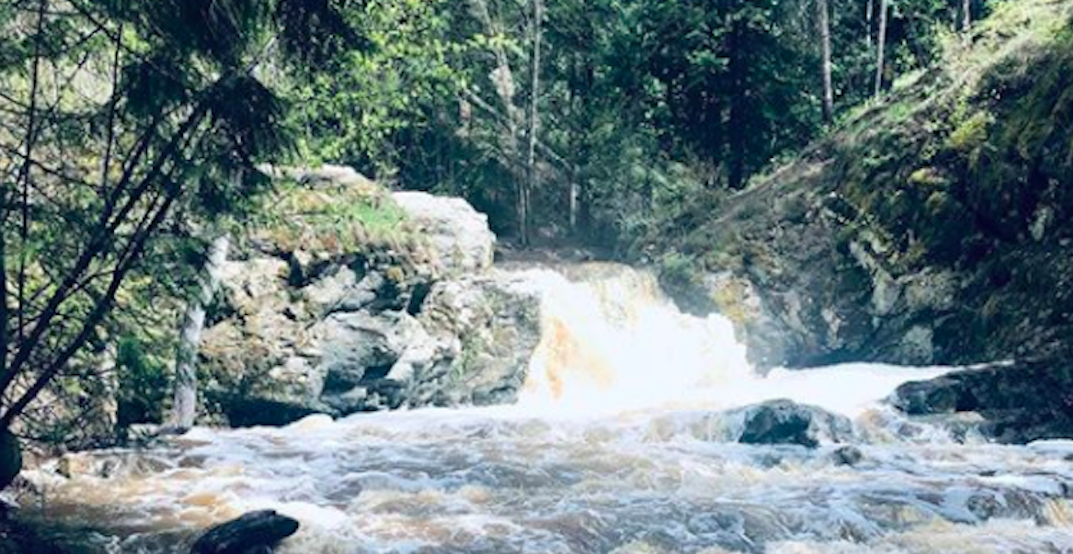 Police in the Okanagan are investigating after a Metro Vancouver dad died on Father’s Day after jumping into a waterfall to save his daughter who had reportedly slipped in.

In a statement, Kelowna RCMP said that just before 5:30 pm on Sunday, emergency crews were called to the Mill Creek waterfall for a report of a drowning.

Upon their arrival, “police learned that the victim had been at the waterfall with his family when he entered the water to help his daughter who had slipped in,” said Kelowna RCMP Cpl. Jocelyn Noseworthy.

The daughter was able to make it to the shore. Her father was not.

Bystanders were able to pull the man from the water and begin CPR efforts, which were subsequently taken over by BC Emergency Health Services.

“Despite the best efforts of everyone involved, the 46-year-old man could not be resuscitated and passed away,” said Noseworthy. “Our thoughts and prayers go out to his loved ones during this difficult time.”

She added that RCMP Victim Services is providing support to the witnesses and the victim’s family.

Police said the BC Coroners Service is also investigating to “determine how, where, when, and by what means the came to his death.”