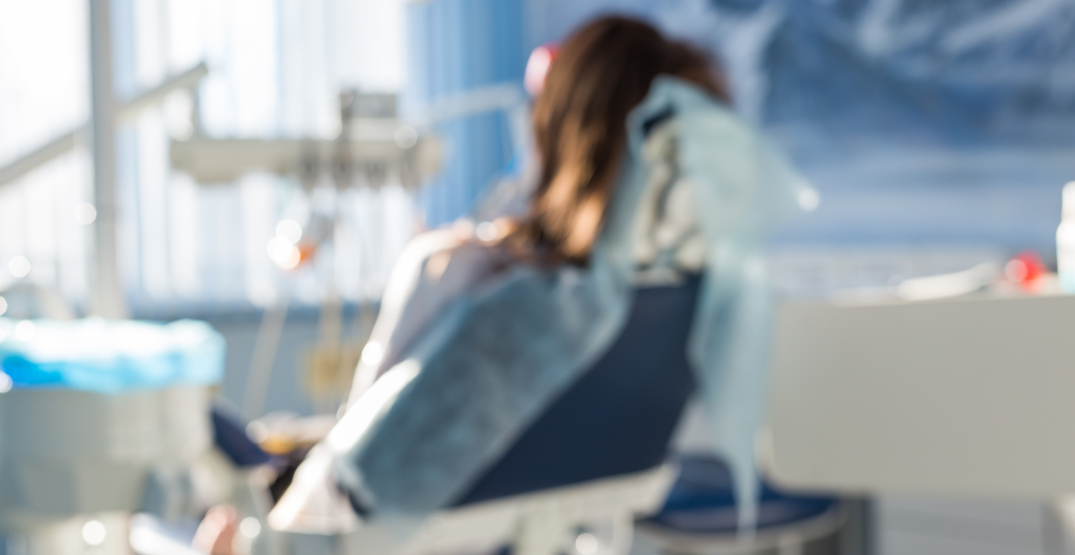 Want to pursue a career in a small to medium-sized business (SMB)?

Although smaller compared to the sheer number of large-scale businesses in Canada, they shouldn’t be forgotten, as they still play a huge role in the Candian Economy.

According to Statistics Canada, as of December 2015, of the 1.17 million employer businesses in Canada, 98% of them were classified as small businesses.

While they’re indeed smaller in size, they’re evidently responsible for employing a large number of people in Canada. Data from 2014 shows that 8.2 million were employed by small business, in fact.

The latest report from Indeed’s data science team exposed exactly what the fastest-growing SMB jobs are. The date was compiled by taking the highest growth in the number of job postings from 2015 to 2018. 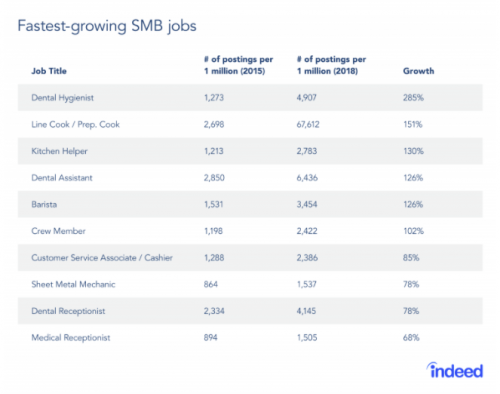 Results show that the fastest growing jobs lie in the medical and food and beverage industry, which occupied seven spots on of the top 10 list.

The largest jumps include dental hygiene, which experienced an enormous increase of 285% from 2015 to 2018, as well as line cook and prep cook which rose by 151% in the same time frame.

The dental industry also showed to have a sizable increase in a number of available job titles. After dental hygienist, dental assistant and dental receptionist were quick to follow on the list.

The study also revealed where in Canada these jobs were coming from. The majority of the jobs came from Ontario, which holds 49% of SMB jobs in Canada. Following at a much smaller increment were British Columbia at 19% and Quebec at 14%.

In other words, if you’re looking to pursue an SMB job, perhaps give dental a try. And it looks like moving to Ontario wouldn’t hurt either.

You can find the full report and other findings here.