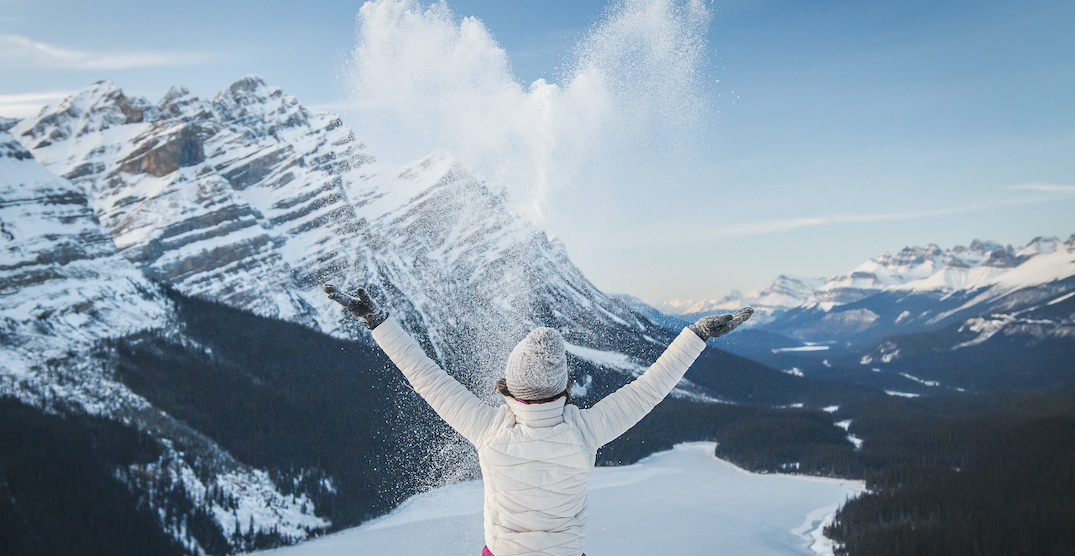 Make sure to enjoy the last few remaining warm weeks of the year, because the Old Farmers’ Almanac has released its annual long-range winter weather predictions for Canada, and it’s going to be “frigid and frosty” throughout most of the country.

According to the website, its long-range predictions show weather trends in temperatures and precipitation.

As August comes to an end, the Canadian Farmers’ Almanac released its 2021 long-range winter weather forecast, which is dubbed “Winter of the great divide” because of its unusual outlook, states a release.

The almanac continues to say it is anticipating “cold and snowy conditions in the north, dry in the west, and everything crazy in between.”

“Preparing people for the unexpected in more important than ever,” said editor Peter Geiger, Philom. “Our job as editors of the Farmers’ Almanac is to pass down valuable tips and advice to help our readers thrive, no matter the obstacles, including the weather.”

A 2021 Old Farmer’s Almanac Canadian Edition document is calling for frigid and frosty temperatures throughout most of Canada this winter.

“The exception will be in Atlantic Canada and the Prairies, which may feel some relief from winter’s chill but — like the rest of the country — will see lots of rain, snow, and sleet. Areas from Alberta eastward to Quebec should brace for a virtually continual ‘Snow Train’ that will be carrying a series of winter storms throughout the season,” they state. 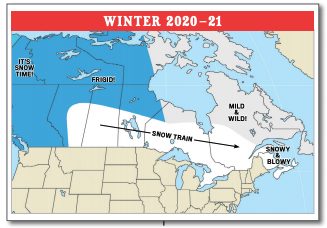 So what can Canada expect this year?

The Farmers’ Almanac said it is predicting an “unseasonably mild winter for the eastern provinces including Newfoundland, Labrador, Nova Scotia, Prince Edward Island, and New Brunswick.”

Expect a wintry mix for the Maritimes and the second week of February to bring possible blizzard conditions to the region.

The Almanac is forecasting more normal/seasonal temperatures across Quebec west to central Ontario.

“If you like snow, then you should head out to western Quebec and Ontario, where snowier-than-normal conditions are forecast,” states the release from the Almanac.

“The Canadian Farmers’ Almanac is red-flagging the second week of January over Ontario and Quebec for a possible heavy snowfall.”

Expect “above-normal snow” over the interior of British Columbia, Alberta, and Saskatchewan.

“An active storm (thanks to incoming storms from the Pacific) will bring a heavier than normal dose of rain to western British Columbia,” they state.

So wherever you are, enjoy the last dose of summer weather, Canada.