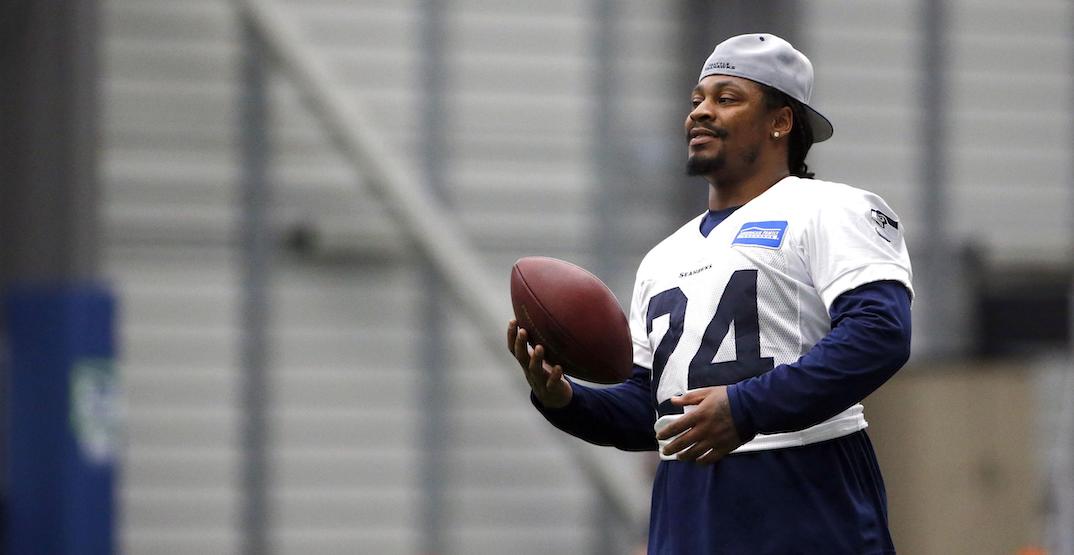 Marshawn Lynch is returning to Seattle and fans are jacked.

Beastmode played six seasons in Seattle between 2010-2015, helping the Seahawks win Super Bowl XLVIII. He hasn’t played in over a year, appearing in just six games for the Raiders in 2018, but that didn’t seem to affect anyone’s enthusiasm.

Here’s how the fans are reacting to news of his return:

Marshawn Lynch is back in Seattle & all is well with the world. pic.twitter.com/eZgy1t2AJj#BeastMode #Seahawks

How I slept knowing Marshawn is gonna retire with the #Seahawks pic.twitter.com/Z4NFmI3CfE

So glad we going to see Beastmode on the field again.

I’ve been pretty convinced that I’m living a simulation since roughly October 2016.

The Seahawks signing Marshawn Lynch yesterday is just evidence point No. 1million of that.

I need this to happen! The Lynch that stole Christmas from the 49ers!!! 💚🏈💙 #Beastmode #GoHawks #12s #Seahawks pic.twitter.com/9QXtlrtfe1

Marshawn Lynch returning to the @Seahawks is the best thing that’s happened to me this Christmas.

Yes, we know there are a million different variables to the Seahawks signing Marshawn Lynch, but the one that matters to me most right now is that our beloved Beast Mode is coming home!

It’s a great day for the #12s 💙💚🏈 pic.twitter.com/DoRfgHqKnB

I don’t care Lynch is 33 & hasn’t played in a year and a half. I don’t care we’re probably one and done in the playoffs.Time to dig out the old 24 jersey, stock up on skittles and fireball, cos fucking Beastmode is back. However long it lasts for, its gonna be fun #MarshawnLynch pic.twitter.com/qd2HhTLjPO

Is Marshawn seriously coming back?