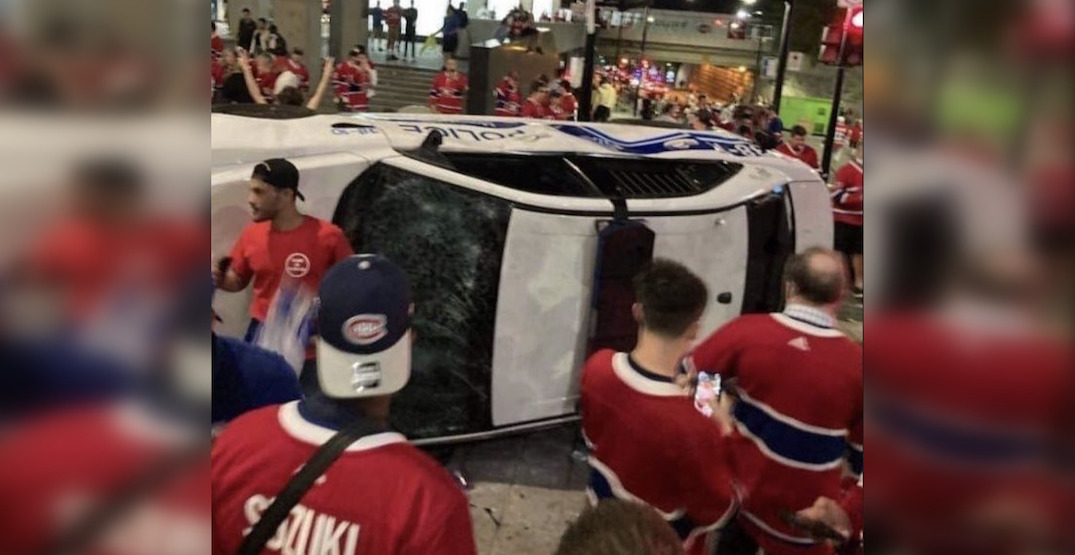 The Canadiens are heading to the Stanley Cup Final for the first time since 1993, after they defeated the Vegas Golden Knights 3-2 in overtime on home ice. While only 3,500 fans were permitted to watch inside due to health restrictions, a large crowd gathered to watch the game on television outside.

The big win coincided with Saint-Jean-Baptiste Day, which certainly added to the festive atmosphere on the streets of Montreal.

Some fans took their excitement too far though, as a cop car was flipped and trashed.

Someone just sent me this video of Montreal fans *flipping a cop car over* to celebrate the win tonight. 🤦🏻‍♀️ pic.twitter.com/yeCd41uF8e

Riots have already started in Montreal after the Habs game. Smh this the part about winning I don't like. Not a good look for the citt pic.twitter.com/FzEszFaS2q

The situation was so bad outside that the Bell Centre had to be locked down, as fans were told to wait inside the arena as police cleared the area.

Police in riot gear were brought in to resolve the situation.