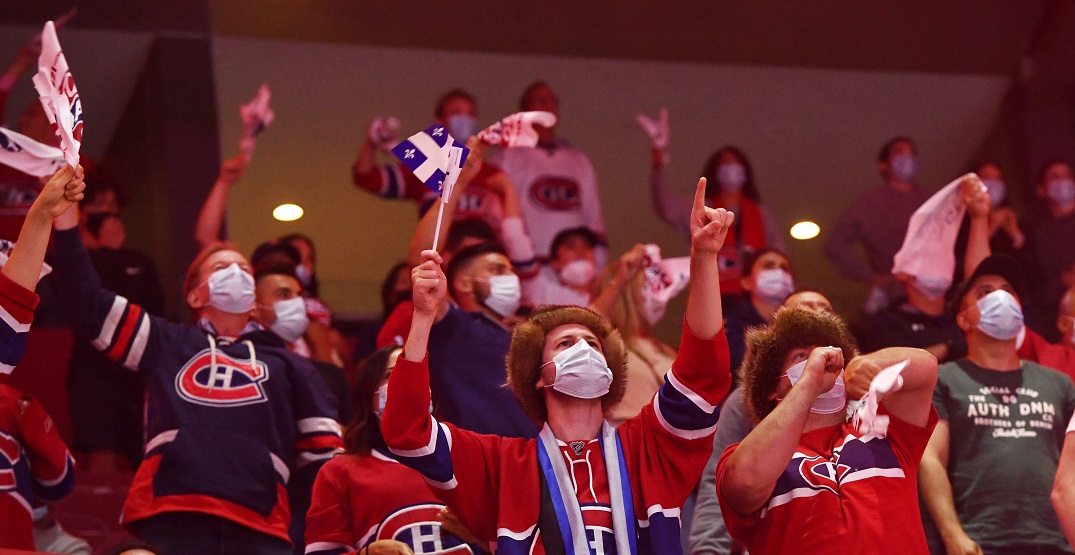 Montreal Police have locked down the Bell Centre.

Following the Montreal Canadiens’ 3-2 OT win over the Vegas Golden Knights in Game 6 of the third round of the NHL playoffs, reports began to come in that the scene outside the arena was “too dangerous” for the approximate 3,500 fans inside to exit.

As had occurred throughout the playoffs, a large crowd had gathered outside of the Bell Centre to watch the game on the screens of La Cage and Madisons Restaurant and Bar.

Montreal Police reported projectiles were being tossed towards officers.

With the Canadiens advancing to the Stanley Cup Final for the first time in 28 years tonight, it appears some fans have gotten a little too exuberant.

#Habs Lehkonen’s GWG announcement coming way after the game was over with fans still in the stands. They can’t leave yet because there are so many people outside the Bell Centre. pic.twitter.com/lzlQ6SQ2pL

Bit of a delay to get out because it’s bedlam in front of the building pic.twitter.com/PE4ExlRNX3

Montreal Canadiens owner Geoff Molson came on the arena scoreboard to give updates to the fans inside the arena:

Geoff Molson addressing fans at Bell Centre who are being kept in building while police deal with crowd outside #Habs #HabsIO pic.twitter.com/pPjdDYkVmT

Update:  TVA’s Renaud Lavoie reported at 11:36 pm local time fans were now able to exit the building. It appears the lockdown lasted for about 20 minutes in total. Considering how long an NHL playoff game can be, it’s not too bad of a wait at all.

Lockdown over at Bell Center. Fans can now leave the building.