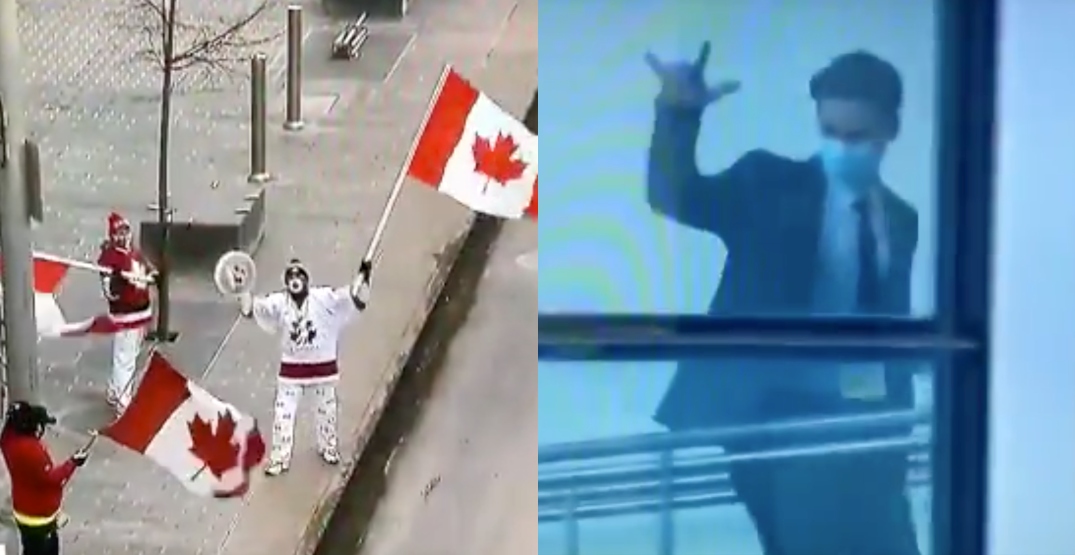 Now this is dedication.

Not only are fans not allowed to attend this year’s World Junior Championship in Edmonton, they’re not allowed to come anywhere near players, coaches, and staff. That’s because the tournament is operating with the same bubble concept that proved to be successful for the NHL last summer, with teams staying in nearby hotels, which are also off-limits to the public.

But if you think that would completely stop Canadian hockey fans from supporting their team, you’d be wrong.

A small but dedicated group of fans have been supporting the team from outside in the cold. Decked out head to toe in red and white, and waving Canadian flags, these fans have been outside the day of every Team Canada game, according to the TSN broadcast.

I love this. Fans outside the #WorldJuniors bubble in Edmonton cheering on Team Canada, with players spotting them on their walk to the rink. pic.twitter.com/tJgExn1scS

Standing outside the arena, the super-fans wait for Team Canada players to take the overhead walkway from the JW Marriott Hotel to Rogers Place.

The players have noticed:

You can bet those fans will be outside again for Canada’s next game, on New Year’s Eve, against Finland. Both teams are 3-0, so this game will decide first place in Group B. The quarterfinals begin on Saturday.