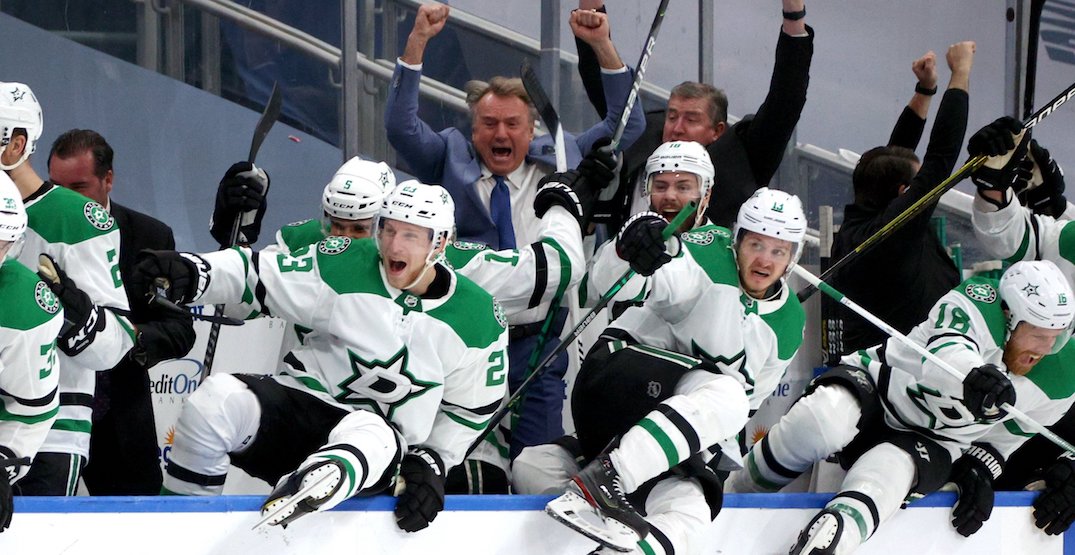 The Canucks are out, but Vancouver hockey fans may have a rooting interest in the Stanley Cup Final.

“It’s a feeling you can’t describe,” said Bowness after the game. “You only get so many cracks at going to the Stanley Cup Finals.”

“When you’re behind the bench and you see that puck go in, and you know you’re going to the Stanley Cup Finals, words can’t describe the emotion that comes through.”

Bowness got his first NHL coaching gig in 1984 and has been around the league ever since, but strictly as an assistant coach since 2004.

The 65-year-old was a midseason replacement for the Stars this season, taking over from Jim Montgomery in December. Bowness was Alain Vigneault’s right-hand man during their time together with the Canucks from 2006 to 2013.

Well known as one of hockey’s nice guys, this is Bowness’ third trip to the Stanley Cup Final, following losses with the Canucks in 2011 and Tampa Bay Lightning in 2015.

Corey Perry presented Bowness with the game puck on Monday, a sign that the players are pulling for him too.

“Had a great shot in Vancouver, had a shot in Tampa, now we’re taking another run at it in Dallas,” said Bowness, who is still looking for his first-ever Stanley Cup, in a post-game interview with Hockey Night in Canada.

The Stars will play the winner of the Lightning-Islanders series, but no matter who they play, judging by the reaction on social media, Canucks fans will be cheering for Bowness.

I am so happy for Bowness!

I'm so happy for Bowness. Just look at him. https://t.co/NM0ynY9LMv

Love seeing Rick Bowness having this success. Good for him. Get that “interim” tag off his title, Dallas.

i'm so happy for rick bowness

As a #Canucks fan, I can be happy for Rick Bowness. @DallasStars #StanleyCup

I can get behind the @DallasStars winning the Stanley Cup. Rick Bowness was always a stand up guy with the #canucks #gostars