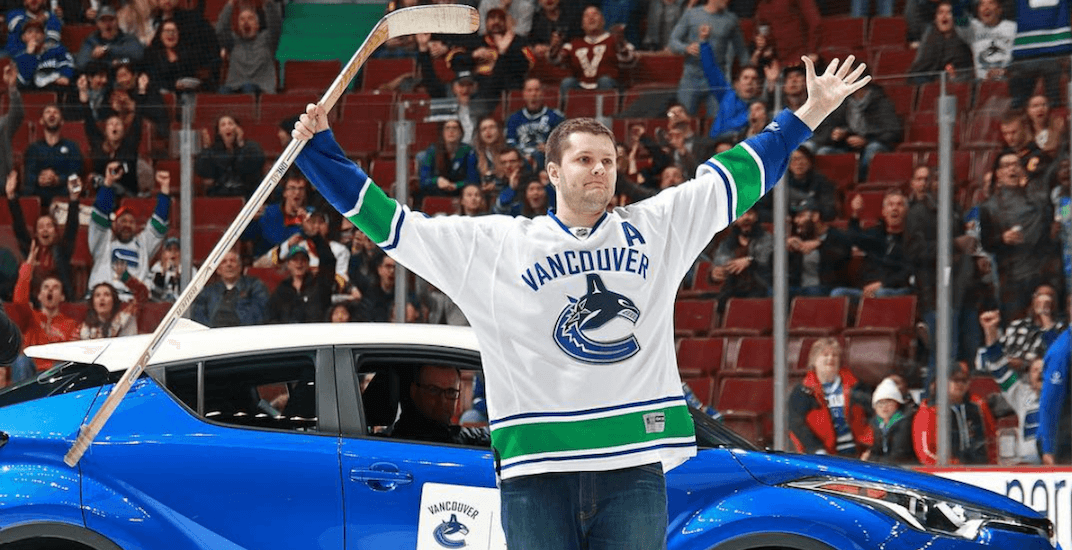 PK Subban wasn’t the only one to score from centre ice.

During Wednesday’s Canucks game at Rogers Arena, it was a fan that provided the play of the game.

The Canucks were awful, losing 7-1 to the Nashville Predators. The memorable moment for the hometown crowd came during the second intermission.

During the ‘shoot to win’ on-ice contest, one fan hit the shot of his life.

Wearing a #2 Mattias Ohlund jersey, a Canucks fan named Aaron got three shots from centre ice. He needed one to go through a tiny hole in the centre of the net to win a brand new 2018 Toyota C-HR.

Turns out, Aaron was as calm and cool as Ohlund during his heyday.

His first shot was a little to the left. His second, a little too far to the right.

But his third? Bullseye.

“It’ll be a long drive home, but it’ll be worth it,” Aaron said, somehow relaxed as can be.

We’ll assume Aaron shows his emotions on the inside, because he had by far the best night of anyone wearing blue and green.