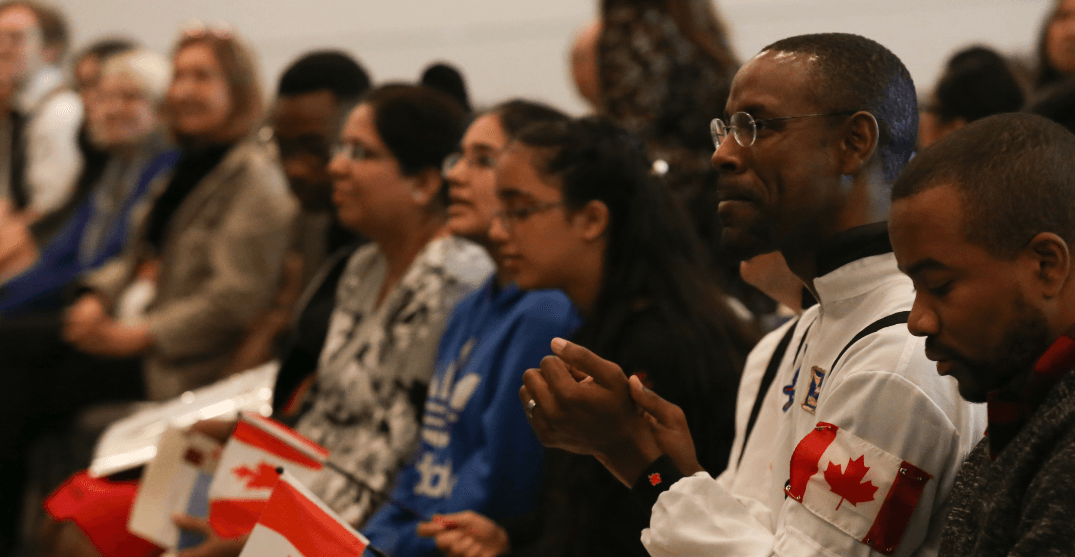 Greetings in English and Klingon. Walking under an arch of lightsabers. These are things you would not expect to see at a citizenship ceremony swearing in new Canadians.

That is, until now.

As a special kick-off to Fan Expo, organizers are celebrating “the global community of fandom” by hosting what they’re calling Vancouver’s Geekiest Citizenship Ceremony.

Fifty new Canadians will take their oath — the last legal requirement before citizenship — at the Vancouver Convention Centre, to kick things off before the doors open for Fan Expo on March 1.

Open to the public, the citizenship ceremony will “feature all the pomp and circumstance plus a few pop culture twists from Fan Expo fans to welcome our new Canadian friends.”

“We want fans of all kinds to come support our new neighbours as they become Canadian Citizens.”

Event organizers hosted something similar last year in Edmonton, and it was a rousing — if not out of this world — experience.  Some of the new Canadians donned cosplay, with a few even donning astronaut garb as they pledged.

Tens of thousands of people are expected to attend the Fan Expo from March 1 – 3, with fans of all ages meeting their favourite stars and enjoying the cosplay of attendees.

Cosplaying during your own citizenship ceremony! Welcome to Canada friends! #EdmontonExpo pic.twitter.com/urKQ8tL28j

Fan Expo is partnering with Immigration, Refugees and Citizenship Canada on the event and is welcoming fans of all kinds to “support our new neighbours.”

“Fandom fosters imagination and crosses borders. We hear all the time from fans who came to Canada that they learned English from watching old episodes of Star Trek or something similar,” says  Fan Expo Vancouver organizer Kandrix Foong. “Some of my best friends are people I’ve met through conventions like FXV because we bonded over something we were fans of – people I would have never met otherwise from around the world.”

Daily Hive is a proud media sponsor of Fan Expo 2019