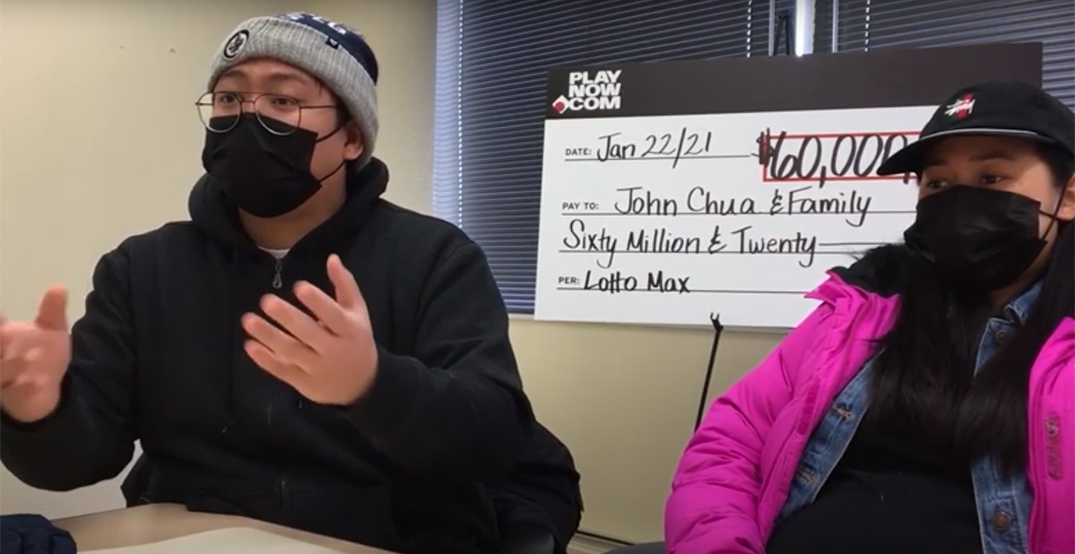 A Winnipeg family is $60 million richer after winning the largest lottery prize in Manitoba history.

John Chua remembers his wife Jhoana waking him up early on January 23 to tell him someone in their city had won the huge Lotto Max jackpot.

“I was jealous of whoever won…not knowing it was me,” he said in a news release.

He checked his online Play Now account in the morning, which is the service Manitoba residents have been using to play the lottery while in-person ticket sales are suspended during the pandemic.

But it hadn’t yet been updated, and he went about his day.

It wasn’t until later that Chua received an email from PlayNow and realized he’d won.

“My mind just went blank. Is this real?” he said in a video interview shared by the Western Canada Lottery Corporation.

After contacting the WCLC to confirm his win, he was assured he wasn’t dreaming.

Chua and his wife are sharing the winnings with Chua’s mother Angie Chua and uncle Ben Langman.

They’re going to wait to spend the money, taking time to decide on the best course of action.

“I just want to be wise. I have kids now. So I’m thinking for the future.”