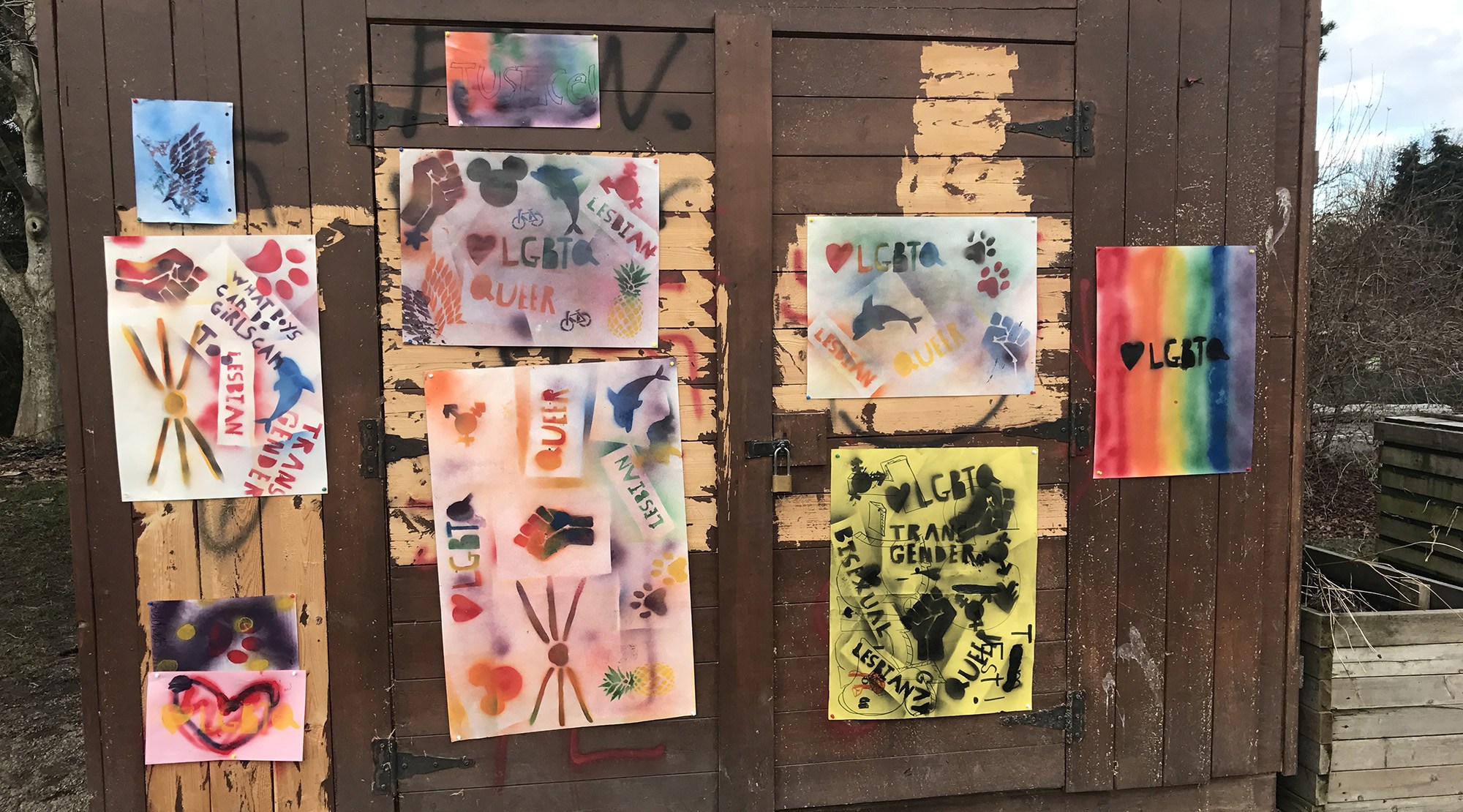 Students at False Creek Elementary are fighting back against vandals who covered a shed near the school in Nazi graffiti.

According to a spokesperson at the Vancouver School Board, the offensive graffiti was first sprayed on a shed in Charleson Park earlier this month.

The City of Vancouver removed the graffiti, but the vandals returned and sprayed even more graffiti on the shed, including Nazi swastikas.

“False Creek Elementary promotes a friendly and nurturing environment,” said Woo. “Our Grade 6 and 7 students, who care about diversity and inclusivity, didn’t like the messages on the shed so they created posters supporting the LGBTQ community and celebrating cultural differences to cover up the new graffiti.”

Woo said the posters will remain on the shed until the City repaints the shed… again.

Over the weekend, Gladstone Secondary in Vancouver was also vandalized with racist and homophobic graffiti. 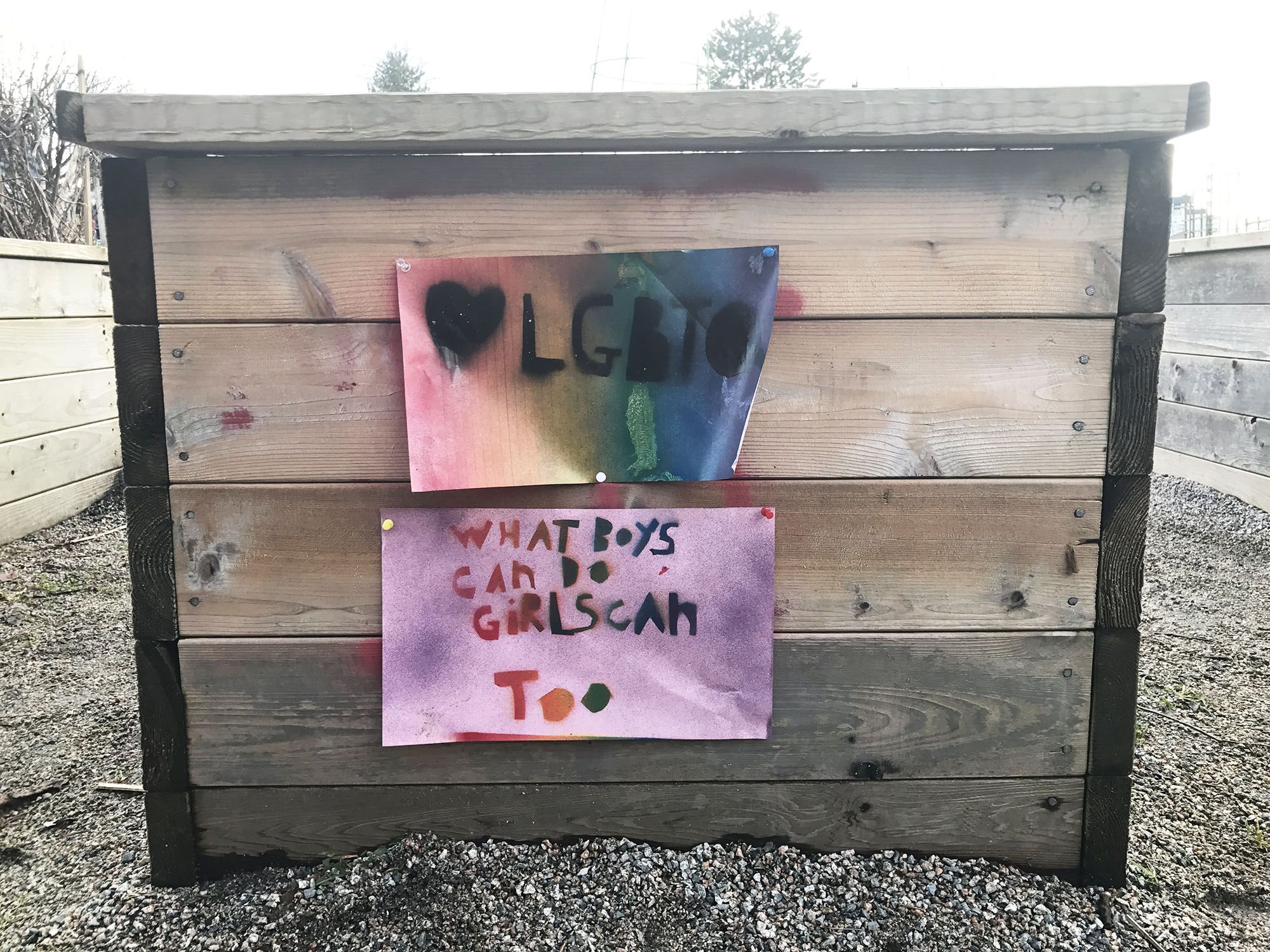 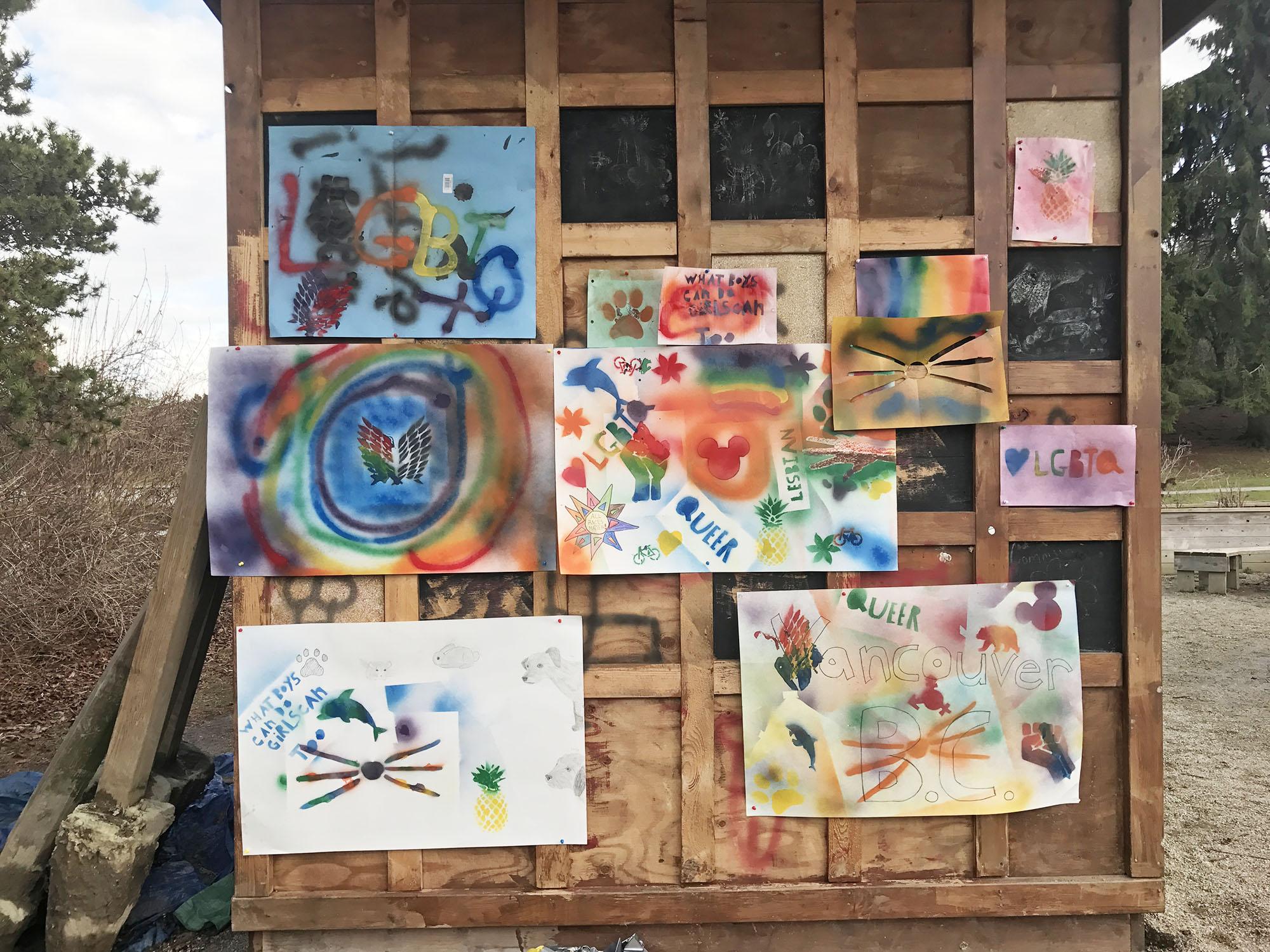