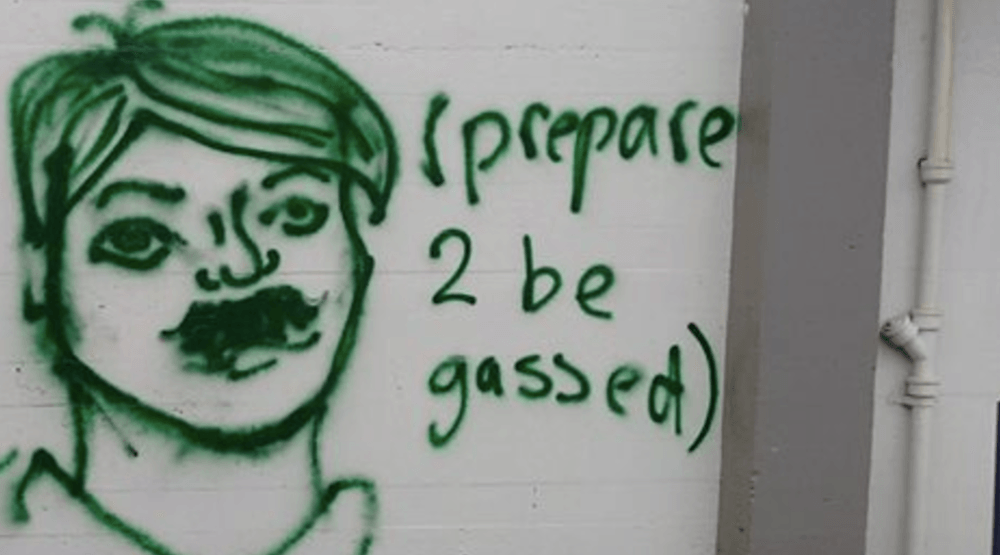 Vancouver’s Gladstone Secondary was vandalized with racist and homophobic graffiti on Sunday evening, prompting shock and disgust from students and staff.

A door of the school was plastered with “Hail Hitler” alongside a drawing of a swastika. Another wall was covered in graffiti that read “prepare 2 be gassed.” The graffiti was promptly removed on Monday.

The hateful messages prompted a response from the school’s student community on social media.”The Gladstone community is disgusted by the racist/homophobic graffiti that was sprayed onto our school building,” said a post on a student-run Facebook page.

“We, as a community, need to come together and take a stand against prejudice and those who make an effort to destroy our diverse community.” 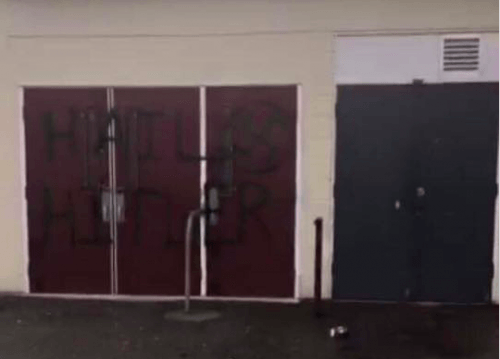 “Hail Hitler” and a swastika was graffitied onto a door at Gladstone Secondary (Image:Facebook)

Principal says hate has ‘no place’

In an official statement, Gladstone’s principal Chris Parker said that the words and symbols “were offensive and disgusting.”

“The words that are important to us at Gladstone are words like…respect, understanding, tolerance, and empathy,” he said.

“(It) is important to me and to us that those words and images were quickly painted over as they have no place at this school, in this community, or in this country.”