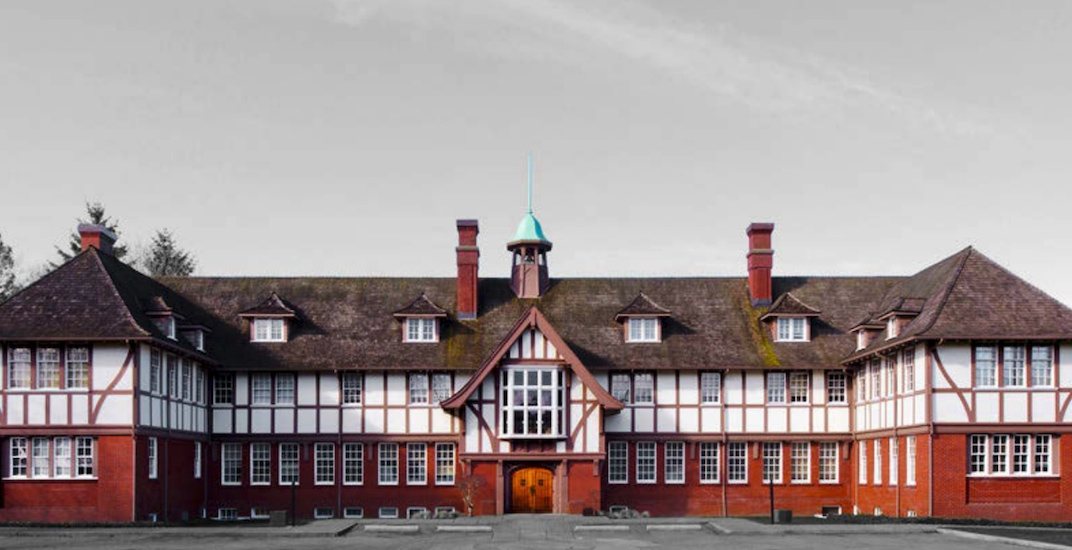 If the historic Fairmont building on the Heather Lands redevelopment site were to be relocated, the cost would reach at least $47.1 million, according to an independent consultant.

The 1912-built building is on a northern parcel of the 21-acre site at the southwest corner of the intersection of West 33rd Avenue and Heather Street within the Cambie Street Corridor Plan.

The building is now likely to be demolished, although such a decision requires Vancouver City Council’s final approval in the future.

The entire property was previously used as the RCMP’s BC Division E headquarters, until 2012 when it relocated to a new facility in Surrey. In 2018, the previous City Council approved the policy statement for the site’s redevelopment, which is being spearheaded by a joint ownership between local First Nations entity MST Development Corporation and federal crown corporation Canada Lands Company.

As one of the conditions of the policy statement’s approval, City staff and the land owners were required to explore the feasibility of relocating the Fairmont building to another site, given that MST Development has plans to develop the parcel into a new cultural centre that reflects Indigenous cultures and values. 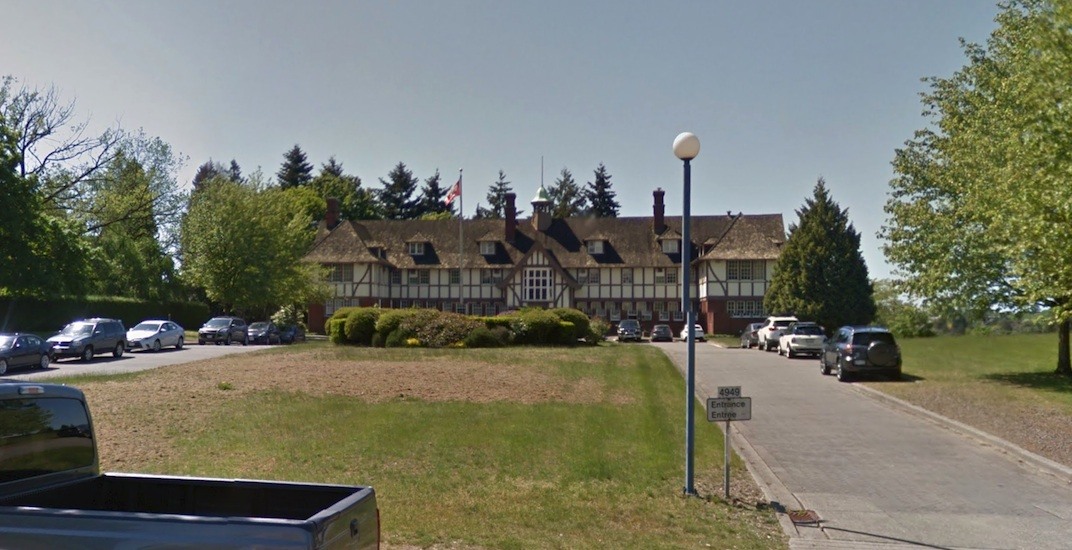 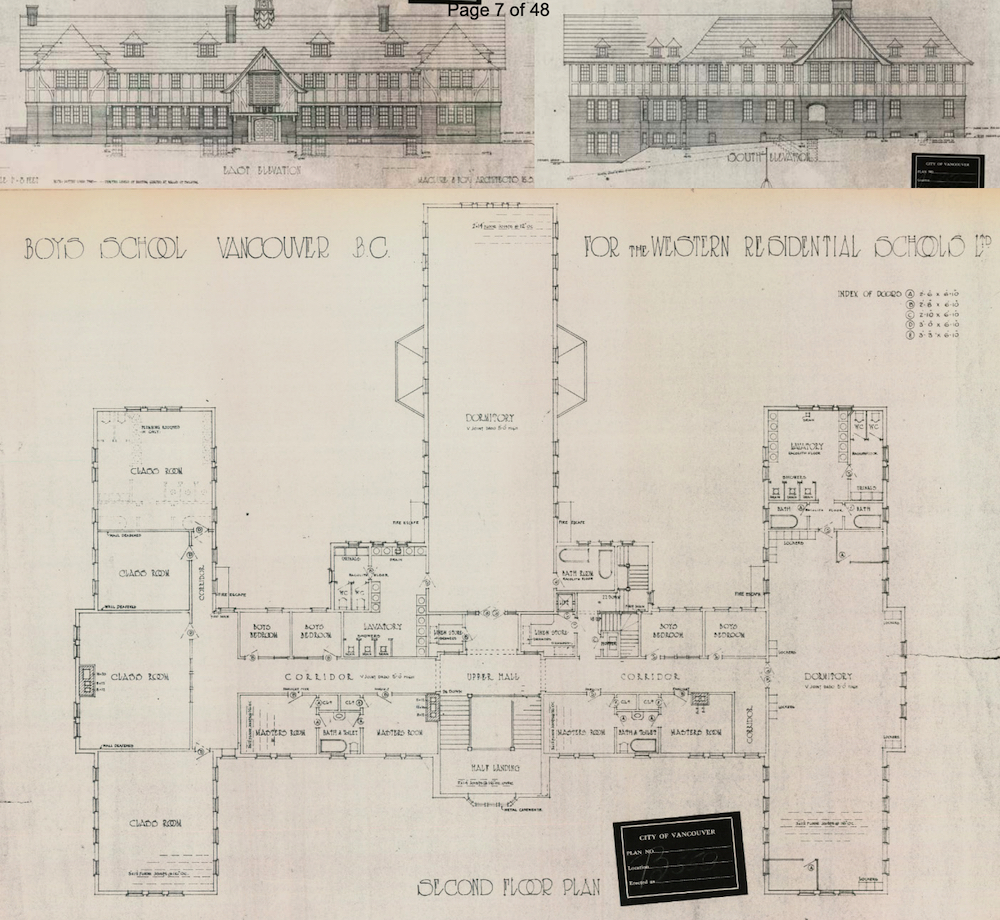 Schematics of the Fairmont Building. (City of Vancouver)

The retention of the building through relocation was seriously explored as it has immense architectural value. It is listed on the Vancouver Heritage Register in the “A” evaluation category for its architectural value — deemed as an “outstanding example of the Tudor Revival architectural style, designed by renowned Canadian architect Samuel McClure.

The building was originally built as a private school for boys from families mainly from Shaughnessy Heights, and it briefly operated for Langara School during the First World War. It was acquired by the federal government in 1918, and served as a military hospital until 1920.

It served as the Fairmont barracks until 1950, when it turned into the regional sub-headquarters until the 1970s, and then the Fairmont Training Academy.

But according to a new city staff report and consultant’s report, released this week ahead of the overall redevelopment’s public hearing for its rezoning application later this spring, the move of the building would carry additional major costs beyond simply relocation.

The actual relocation of the two-storey, 30,000-sq-ft building would cost an estimated $10.5 million, based on separating the irregular barbell-shaped building into three pieces. This also assumes the demolition of the western central wing given the challenges of reusing this portion of the structure.

The relocation process would have to circumvent obstacles such as traffic lights, trolley wires, and trees. 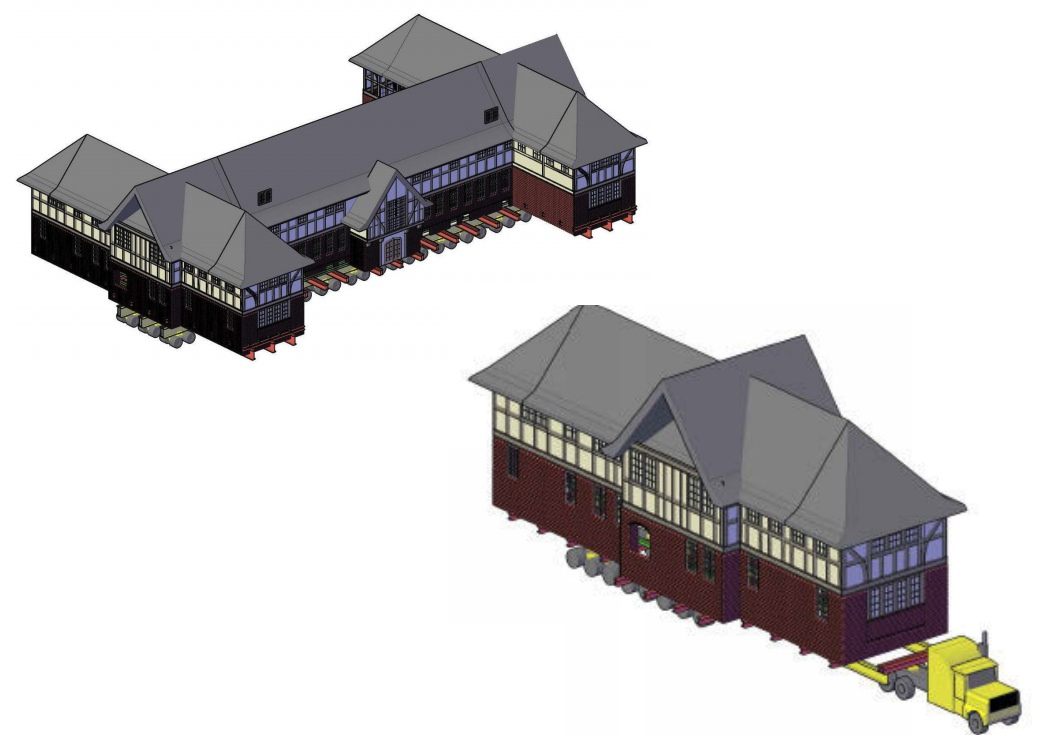 How the old Fairmont Building on the Heather Street Lands could be relocated. (City of Vancouver) 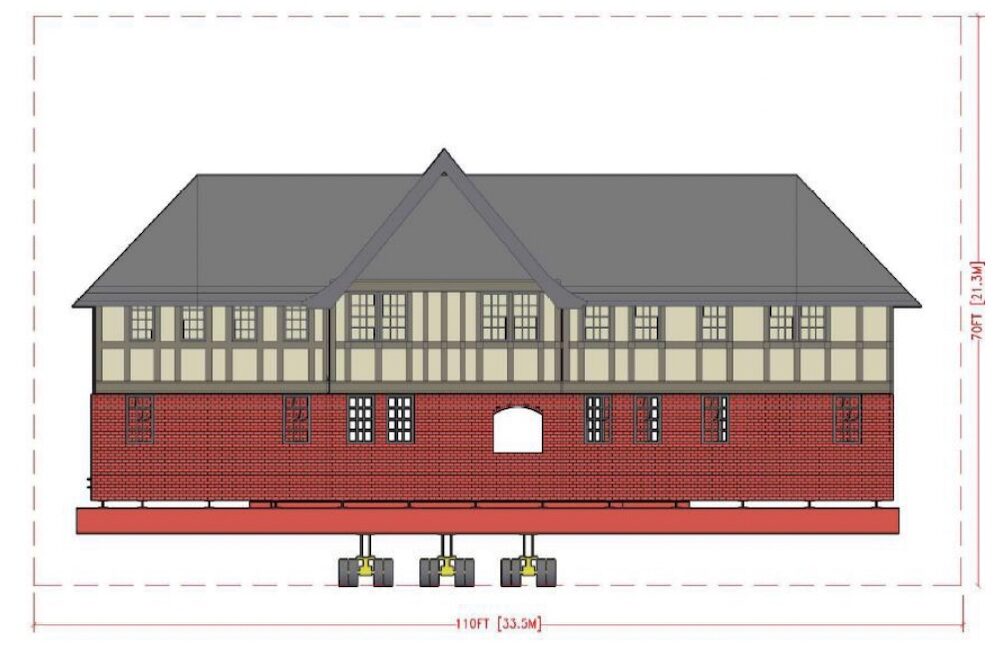 How the old Fairmont Building on the Heather Street Lands could be relocated. (City of Vancouver)

However, adding to costs, the relocation of the building would trigger the requirement of improving the structure to the latest building codes and seismic standards.

Another $3.5 million in costs would be for new site service and improvement works.

But all of this does not include the potential cost of the land required for relocating the building. It was determined that only sites within a 1.5-km radius could be considered, given the greater complexities and resulting higher costs of further distances.

To avoid land costs, city staff consulted with the Vancouver Park Board on potential sites, but did not find support due to their belief that the building “strongly symbolizes colonialism” and contravenes reconciliation, and that it would reduce available park space for recreation. Other nearby City-owned sites were also deemed too small to fit the building.

City staff explored the feasibility of buying three single-family lots nearby immediately to the west, but it would carry a combined cost of about $22 million — bringing the total relocation cost to about $69 million.

City staff also noted that they approached developer Modern Green Canada on the potential of moving the building to a space adjacent to the planned public park in the core of their nearby future 14-acre redevelopment of TransLink’s former Oakridge bus depot, but they were uninterested due to the needed funding for the structural upgrades, and concerns with “the negative association with the building.”

As a result, city staff are recommending city council to allow the demolition of the building, when its footprint is required for development. The new cultural centre that is planned to take its place will be the final phase of the entire 15-year redevelopment, which provides a continued window of opportunity to find a suitable relocation site.

The new cultural centre will span 22,500 sq ft of floor area, and be located adjacent to a major public plaza, and a neighbourhood-serving commercial cluster of retail and restaurant businesses. 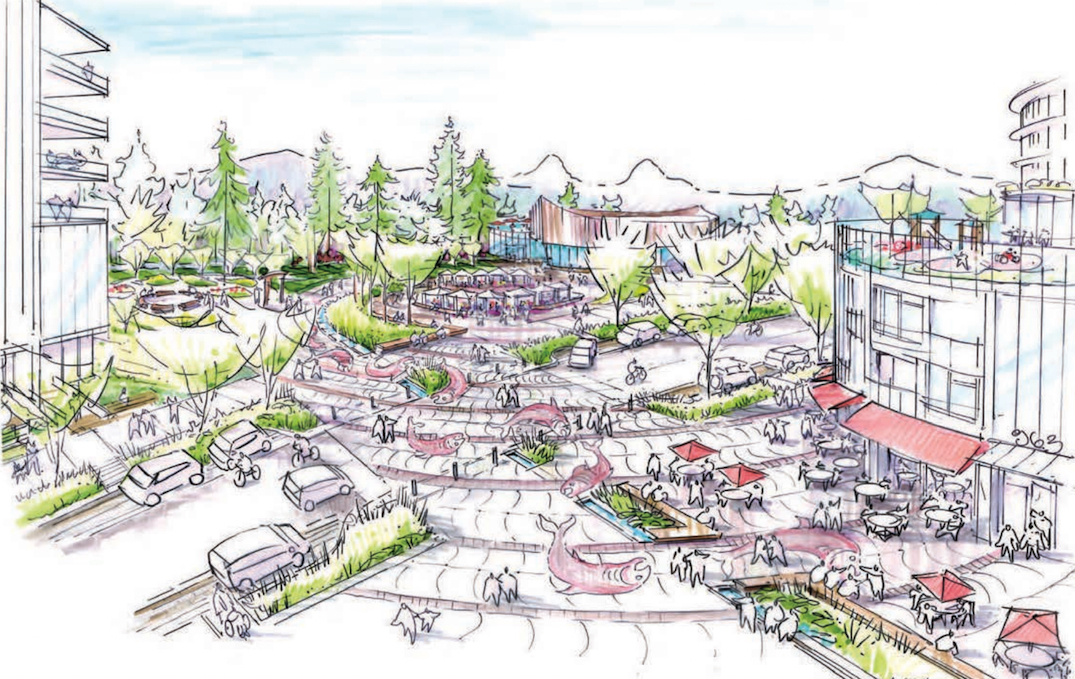 Artistic rendering of the Indigenous cultural centre and plaza replacing the footprint of the Fairmont building at the Heather Lands. (MST Development Corporation/Canada Lands Company) 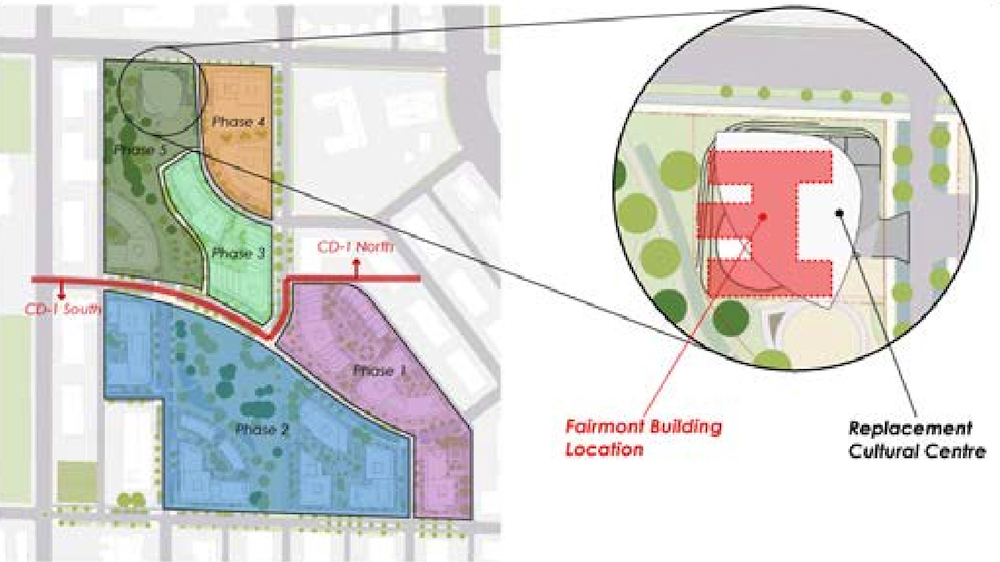 Footprint overlay comparison between the existing Fairmont building and the future cultural centre on the same site as part of the Heather Lands redevelopment. (City of Vancouver)

If a new location is found for the Fairmont building, potential uses could entail a youth centre, non-profit office space, childcare, and affordable housing.

In May 2022, city council will consider the Heather Lands rezoning application for the redevelopment, which entails 2.6 million sq ft of total floor area spread across a dozen buildings reaching up to 28 storeys.

Other uses entail 62,000 sq ft of retail and dining space, and 63,000 sq ft of office space next to the cultural centre, along with a 12,000-sq-ft childcare facility, and a 50,600-sq-ft Francophone elementary school operated by CSF. 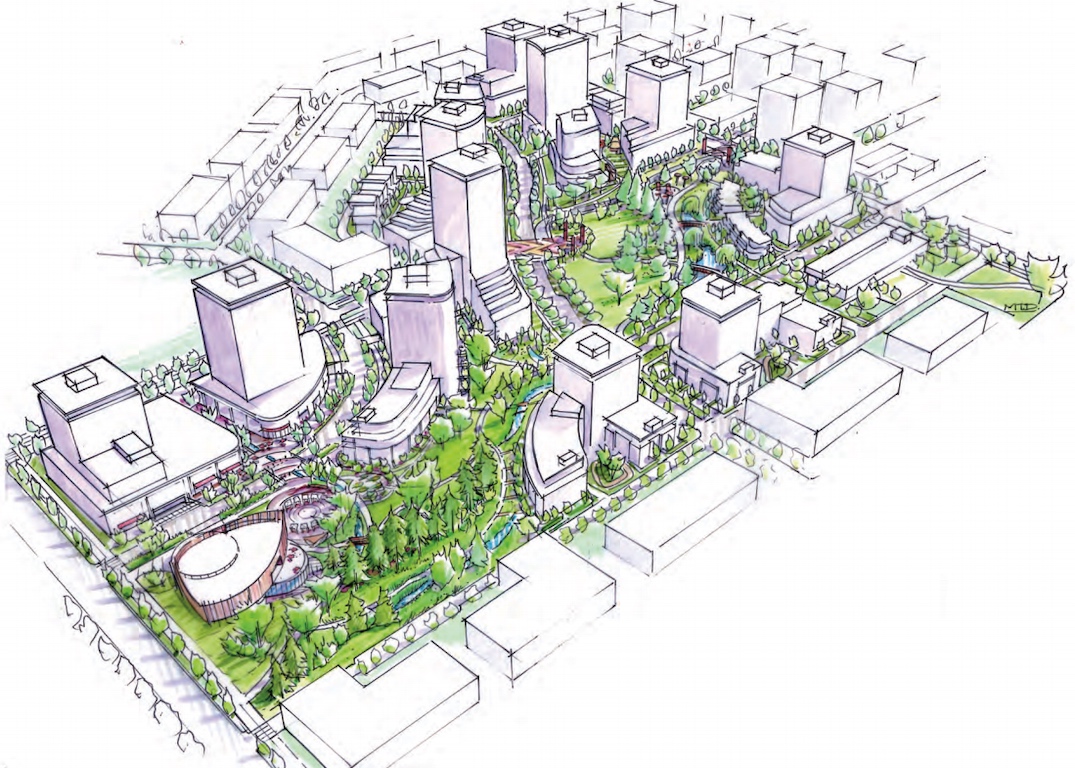 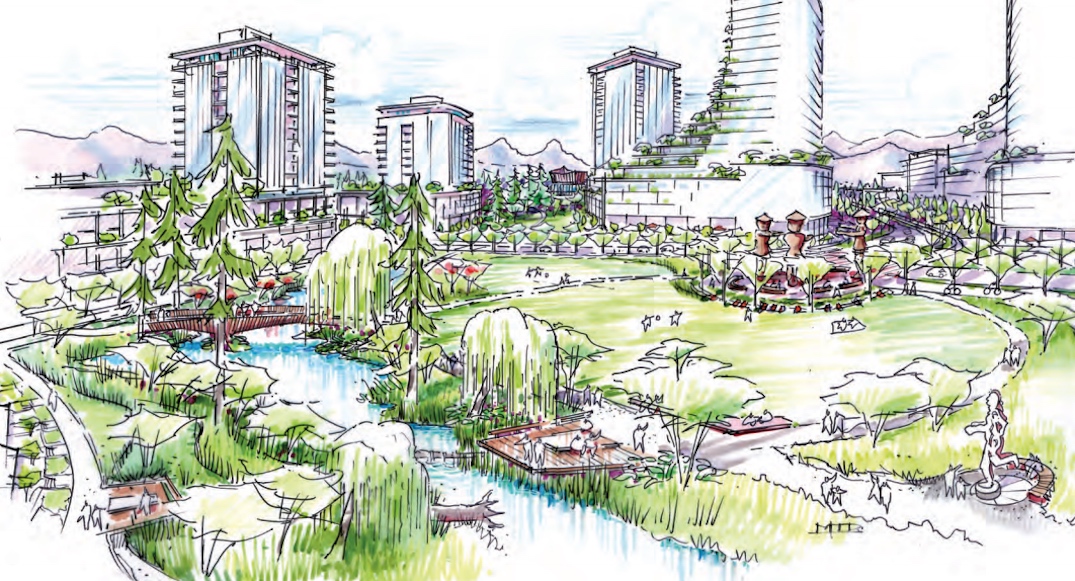