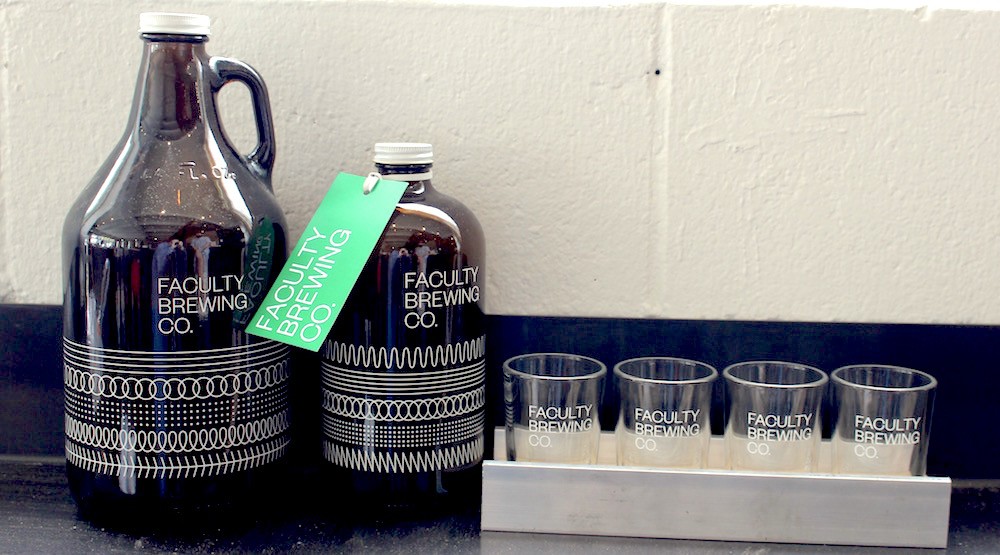 The concept of academia goes back to Ancient Greece, and has come to represent a place of higher learning where people gather to share ideas and information. It’s fitting, then, that near Vancouver’s Olympic Village Faculty Brewing will soon be open for beer scholars (or those hoping to learn about beer, period) to enjoy local brews in a welcoming space.

Heading up Faculty is the husband-and-wife duo of Mauricio and Alicia Lozano, who are building a gathering place for beer drinkers, from freshman to doctorate-level scholars of the pursuit. 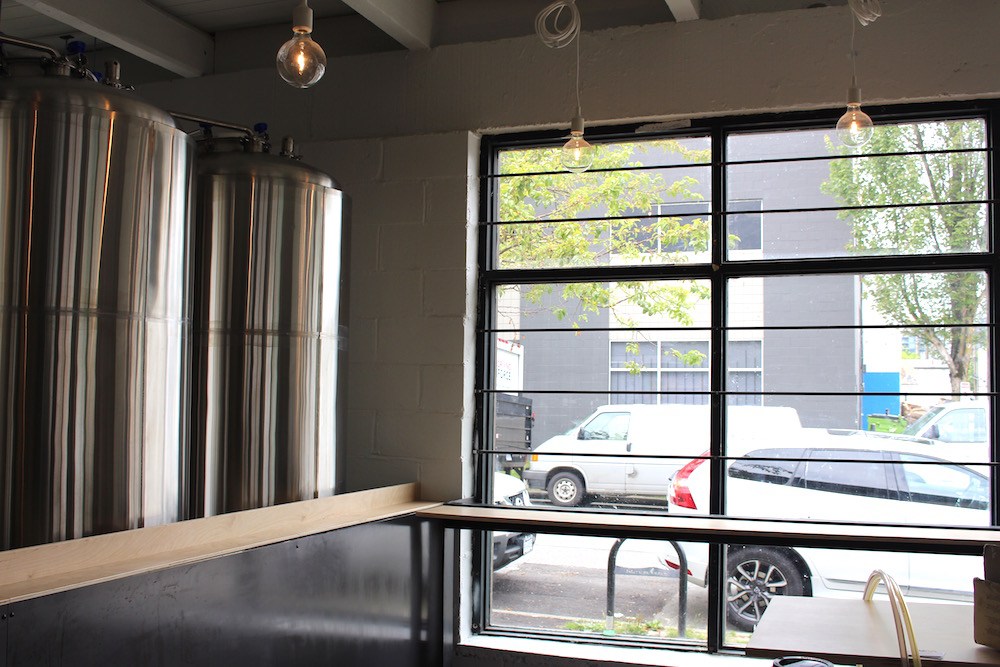 Mauricio Lozano also happens to be an actual professor; he teaches food science at BCIT, though has plans to segue fully into Faculty Brewing soon. A longtime home brewer, Lozano is also wildly enthusiastic about the collaborative opportunities brewing presents, and believes in an “open source” approach to crafting beers and improving recipes.

Taking the post as Head Brewer, Lozano says Faculty will be pouring four house beers of different varieties at all times, and those brews will be changing continuously, based on all sorts of factors such as seasonality, availability of local ingredients, and, of course, demand. “When one comes off, a new [beer] comes on,” explains Lozano during a behind-the-scenes tour of the brewery, which is in its finishing stages of construction and readiness.

Fortunately, when it comes to scaling up the batch size from a home brew outfit to the tanks and taps at a place like Faculty, Lozano says things always improve when it comes to quality and consistency. “What happens is it just gets a little more precise,” he elaborates, adding that factors like flow rate, speed, and temperature are all more controlled with the more “sophisticated” gear a pro brewer uses.

For Lozano, launching a brewery in the suds-soaked craft beer market of Vancouver is a passion-project that he hopes will draw two kinds of consumers: Those who already know and love craft beer who want a new gathering place to taste, talk, and collaborate and those who are new to craft beer who are eager to learn.

When it comes to the former–bringing beer and brewing enthusiasts together–Lozano anticipates the results can be tasted in the evolving recipes for Faculty’s brews. That “open source” approach he espouses means he will post his recipes online, and be open to hear ideas for adjustments.

Ever the academic, Lozano also easily brings up statistics of a recent study regarding beer consumption in British Columbia. Though it does seem that craft beer is booming in BC, at the end of 2015, craft beer only represented 20% of the sales province-wide. To Lozano, that means there’s more than plenty room for one new Vancouver micro-brewery, and one more way to offer commercial beer drinkers to be exposed to what the world of small-batch beer can offer.

To taste the beer, Faculty will be serving right from the taps, pouring into glasses (with metric measures, the choice of scientist Lozano) and growlers. This offers customers the most unadulterated taste of the brews, right from the tanks, and is a method of serving common in many brewpub-style restaurants with on-site brewing facilities. 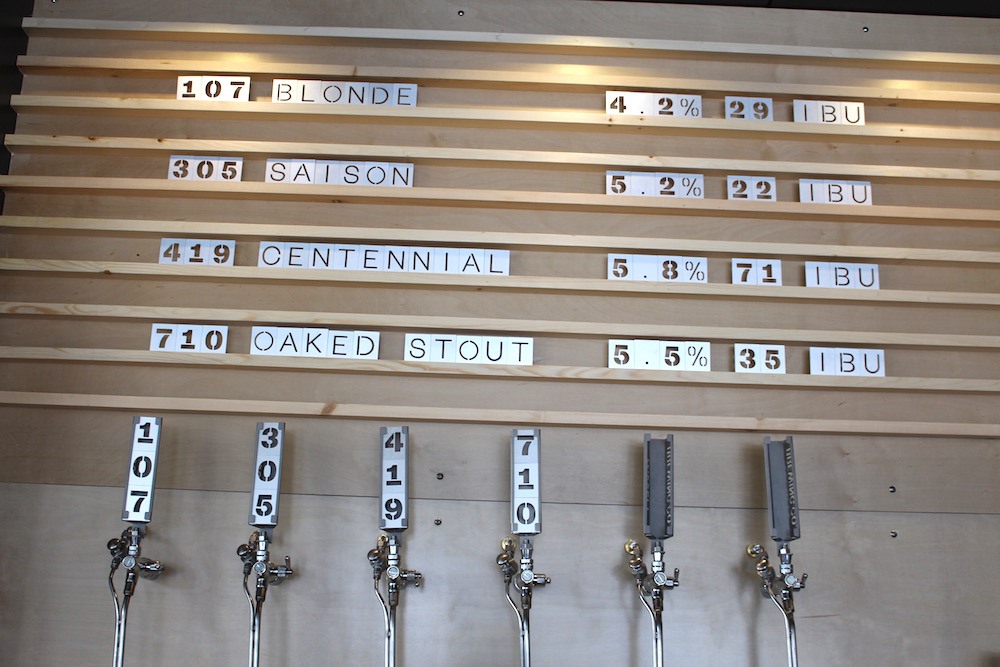 Those beers won’t have “puns or funny names,” often assigned to the lagers, ales, and saisons and other styles of beer Faculty will brew. Instead, Lozano explains, they’ll be numbered in a way that connotes expertise or comfort level. It’s pretty much like the way university courses are numbered; what you’ll get at the 100-level is not as in-depth as at the 400-level, for example. And those recipe tweaks? Well, don’t be surprised to see a brew called a 201B or a 310D. That means they’re trying something different with the recipe in the current batch.

Customers who do want to talk about beer can check in with the staff. In addition to Lozano and his wife, Faculty already has Marketing Developer Kelli Sturkenboom on board, and will have a team of employees who Lozano says will all have had a part in the brewing process, who can answer any question about the beers–or be willing to do some research to find the answers they might not have at hand.

“Everybody will be able to tell you quite comfortably the story behind each of the brews,” Lozano points out.

Additionally, Faculty will have a guest tap for anything from a cask to a homebrew to cider or wine. Oddity Kombucha will also be on tap for glasses or growler fills, for the non-drinker who wants a local, healthy alternative to the usual pop. And Faculty also encourages responsible drinking–namely avoid driving. To wit, Lozano and his team are particularly delighted to be situated on a bike lane, and will offer amble bike parking outside. 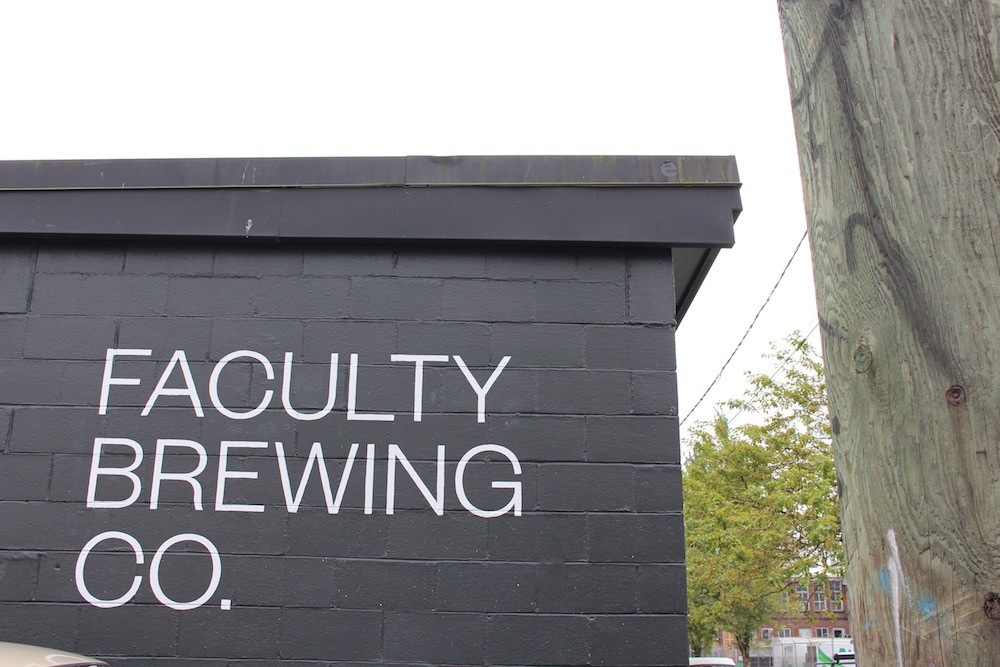 For nibbles, Faculty will have a snack menu of light items like hummus and bread, olives, cheese and crackers and the like. Those in search of more sustenance are encouraged to grab their grub at any of Faculty’s neighbouring spots, from next door’s Acme to Swiss Bakery around the corner, and the wealth of eateries in and around Olympic Village, and bring it into Faculty to enjoy with their beer.

Just don’t expect to see Faculty’s beers in cans on store shelves–at least not anytime soon. “You won’t see our product packaged for the first year or two,” says Lozano.

“Beers should be places instead of just brands. A brewery is a place, so go to it and get it there. It’s like going to the butcher or bakery,” adds Lozano. “Go to the brewery, get your beer there.”

Faculty Brewing is slated to open in mid-August, and will be open Monday to Friday from 2 to 11 pm, and Saturday and Sunday 11 am to 11 pm.