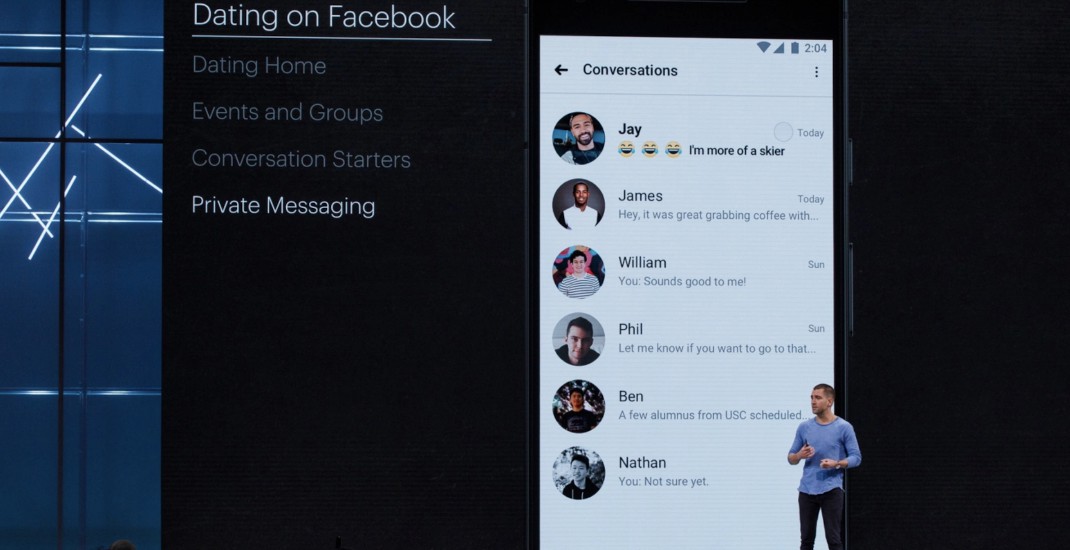 Move over Tinder, because a new dating platform is about to take over and it already has over 1 billion users.

On Monday, Facebook CEO Mark Zuckerberg announced that Facebook would be introducing a new feature for dating and relationships. Zuckerberg broke the news at the two-day F8 conference in San Jose.

F8 is an annual event where developers come together to explore the future of technology.

“People already use Facebook to meet new people, and we want to make that experience better,” said the company in a release.

“People will be able to create a dating profile that is separate from their Facebook profile — and potential matches will be recommended based on dating preferences, things in common, and mutual friends. They’ll have the option to discover others with similar interests through their Groups or Events. ”

Facebook says that if users access the dating feature it will not be shown to their friends on the site.

Testing for the feature will begin later this year.