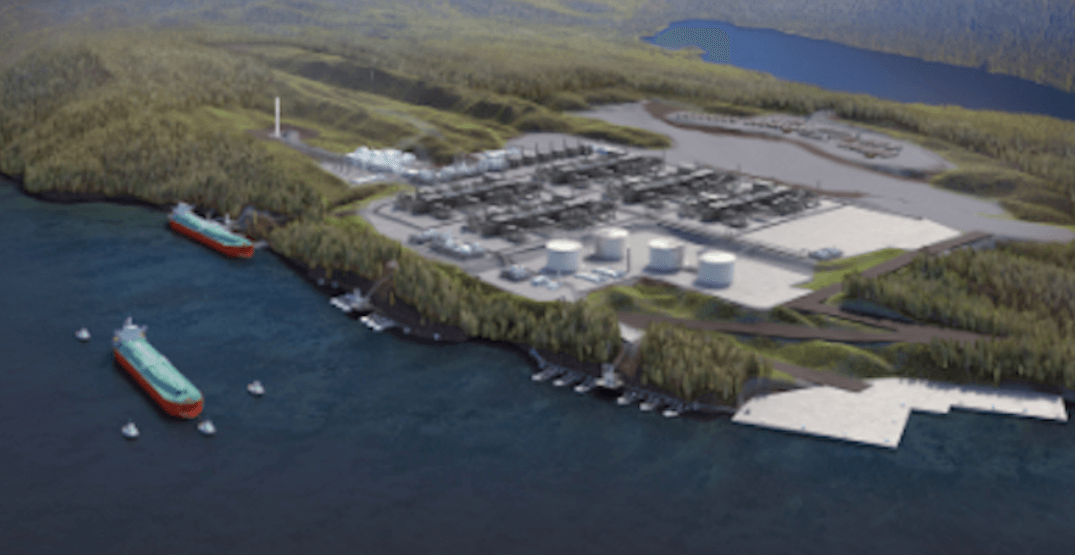 A conceptual design of the proposed project. (wcclngproject.ca)

A proposed project to develop and operate a liquefied natural gas (LNG) export facility at Tuck Inlet in Prince Rupert, BC has been scrapped.

Known as Exxon Mobil and Imperial Oil’s WCC LNG project, the export facility would initially have had the capability to process up to 15 million metric tonnes of LNG per year for shipment to international markets, with the potential to expand to approximately 30 million tonnes per year.

The project was in the midst of early-stage assessment and was undergoing regulatory reviews with the provincial and federal government, as well as with Indigenous groups and local communities.

However, Exxon Mobil now says it has withdrawn the WCC LNG project from the environmental assessment process.

Exxon Mobil spokesperson Julie King confirmed the decision to Daily Hive on Friday and said that the corporation remains “committed to our Canada operations and to ensuring the safe and reliable delivery of oil and gas to our customers.”

In an outline of the project, it was expected that the capital cost for the project could range between $15 billion and $25 billion and that during the construction phase, onsite labour would peak between 1,000 and 6,000 workers.

With this particular project no longer a go, King said ExxonMobil and Imperial “continuously evaluate their respective portfolios, taking advantage of opportunities as they become available to invest, restructure or divest assets to strengthen our long-term competitive position and provide the highest return to shareholders.”