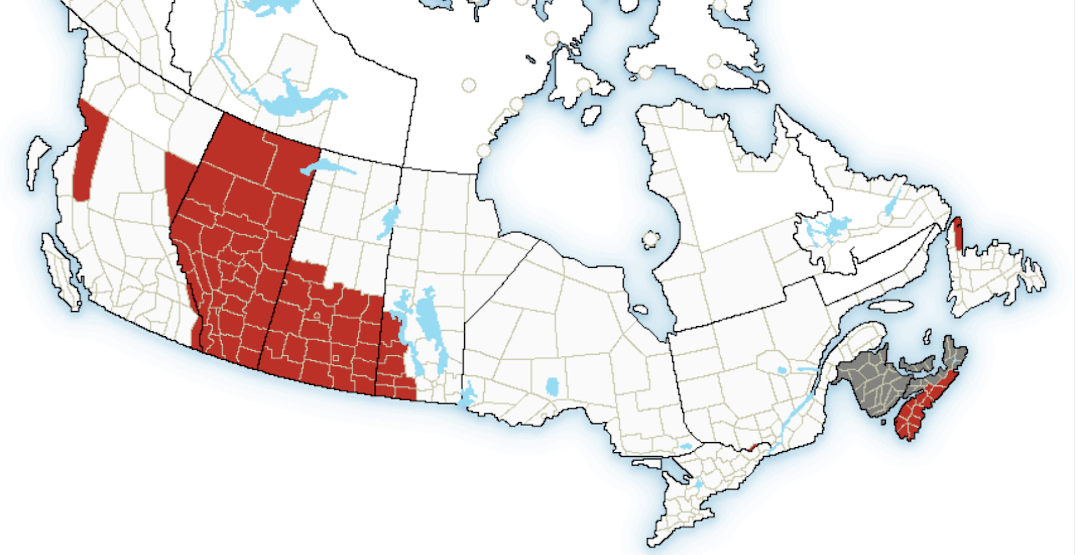 The province of Alberta has seen its fair share of weather statements, warnings, and alerts from Environment Canada, with everything from devastating winds to the classic cold warnings (this is Canada, after all).

This winter has been an especially cold one, and now the entirety of the province has fallen under an extreme cold warning courtesy the government agency. 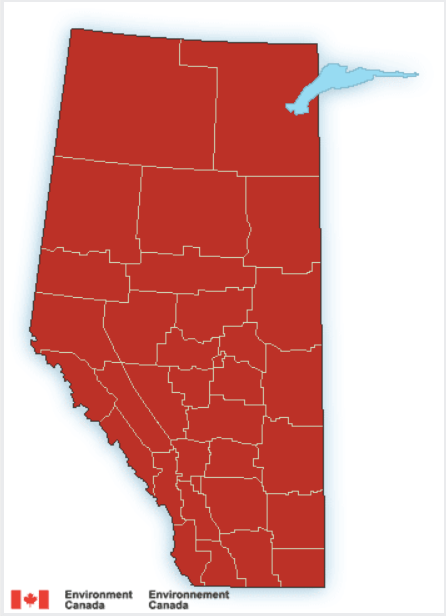 34 out of Alberta’s 34 regions are in the red on Environment Canada’s national alert map, being joined by over half of Saskatchewan and parts of Manitoba.

The alerts are warning of wind chill values reaching as low as -45°C alongside a serious risk of frostbite or hypothermia for anyone spending too much time outside with insufficient coverage.

The warning issued for the City of Calgary states that the wind chills should moderate by Saturday afternoon, though will return on Sunday night in parts of southern Alberta.

So bundle up, Alberta, and hold onto the fact that spring is only 18 more days away.