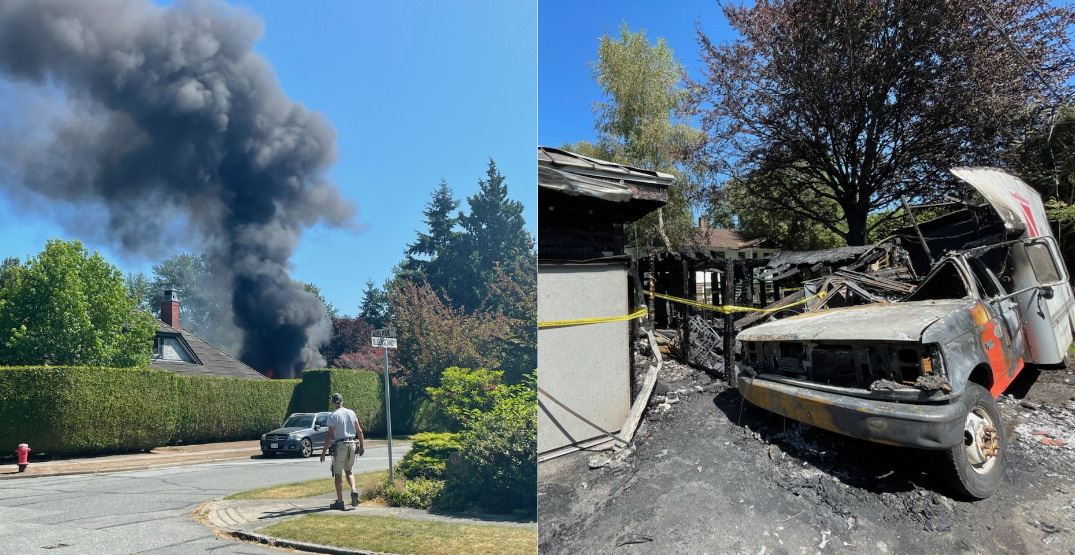 An explosive fire rocked a neighbourhood in the University Endowment Lands (UEL) over the weekend. The fire was situated in a quiet section of the Little Australia neighbourhood.

About a year ago, Daily Hive Urbanized reported on an Airbnb listing that was labelled as “Harry Potter private room.” The suite amounted to what could be described as a closet when it came to the space provided.

While the “Harry Potter private room” listing has since been taken down, several suites are still posted on Airbnb, and this week the house had an explosive surprise for the neighbourhood.

A neighbour who chose to remain anonymous reported the situation to Daily Hive Urbanized, providing pictures and recounting what the experience of this literal explosion in the neighbourhood was like.

“Sorority houses, football teams, [and] students that come from abroad for the summer to party” are just some of the types that rent the units in this home, said the neighbour.

The owner of the suite, who goes by the name of Lander Woods, has a tenant named William Sikkema, who has essentially turned the house into a hostel.

The listings are up and running on Airbnb, though different suites are currently listed with the exact same photos.

The neighbour, who lives just two blocks behind the house in question, suggested that they’ve tried to communicate the issues with the UEL, but they haven’t received much in the way of a response.

The fire was the result of an explosion of a business truck that belonged to Sikkema, who ran a company called VanCity Scuba. 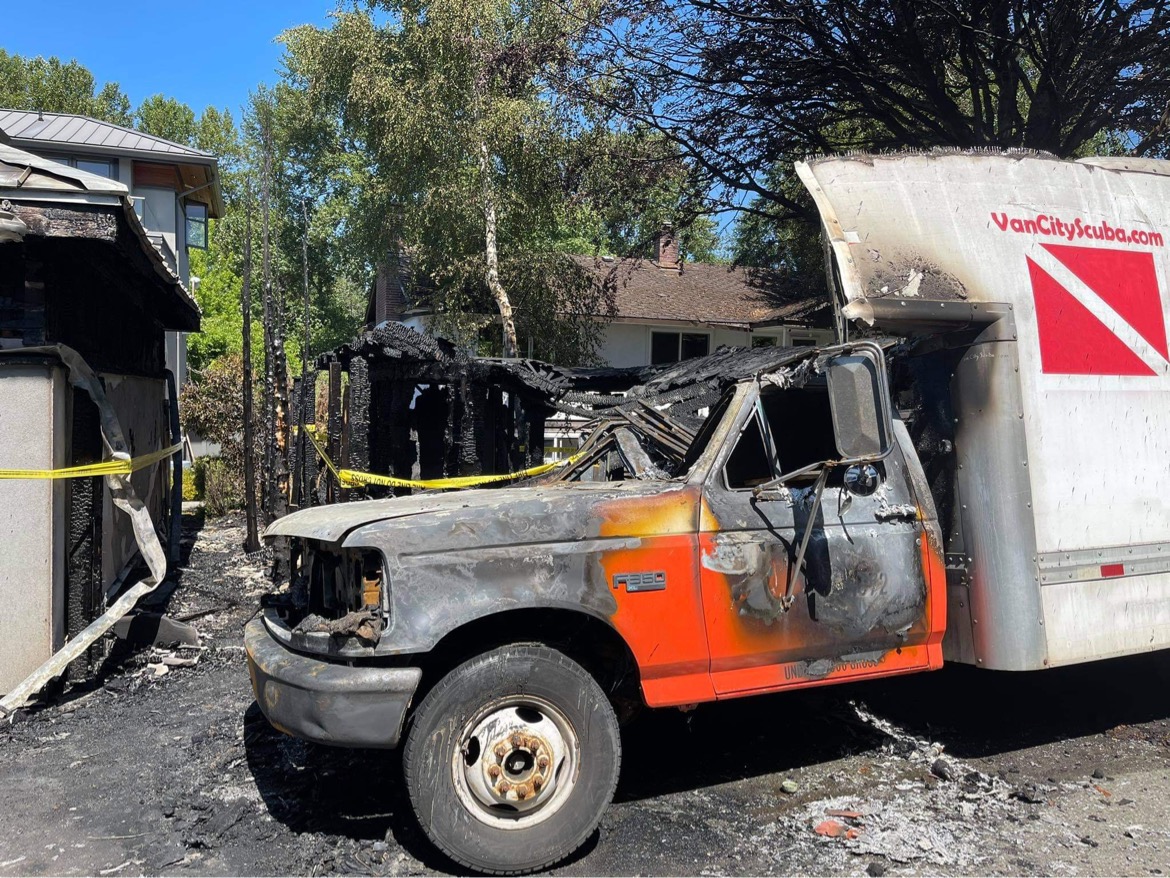 The neighbour suggested that Sikkema parked his truck in the laneway, and that it was basically a miracle that no one was hurt.

“It was very scary, all the neighbours were worried. The wind moved the fire to the neighbours garage, who has a very nice Mercedes in there. So, he is very angry,” they said. 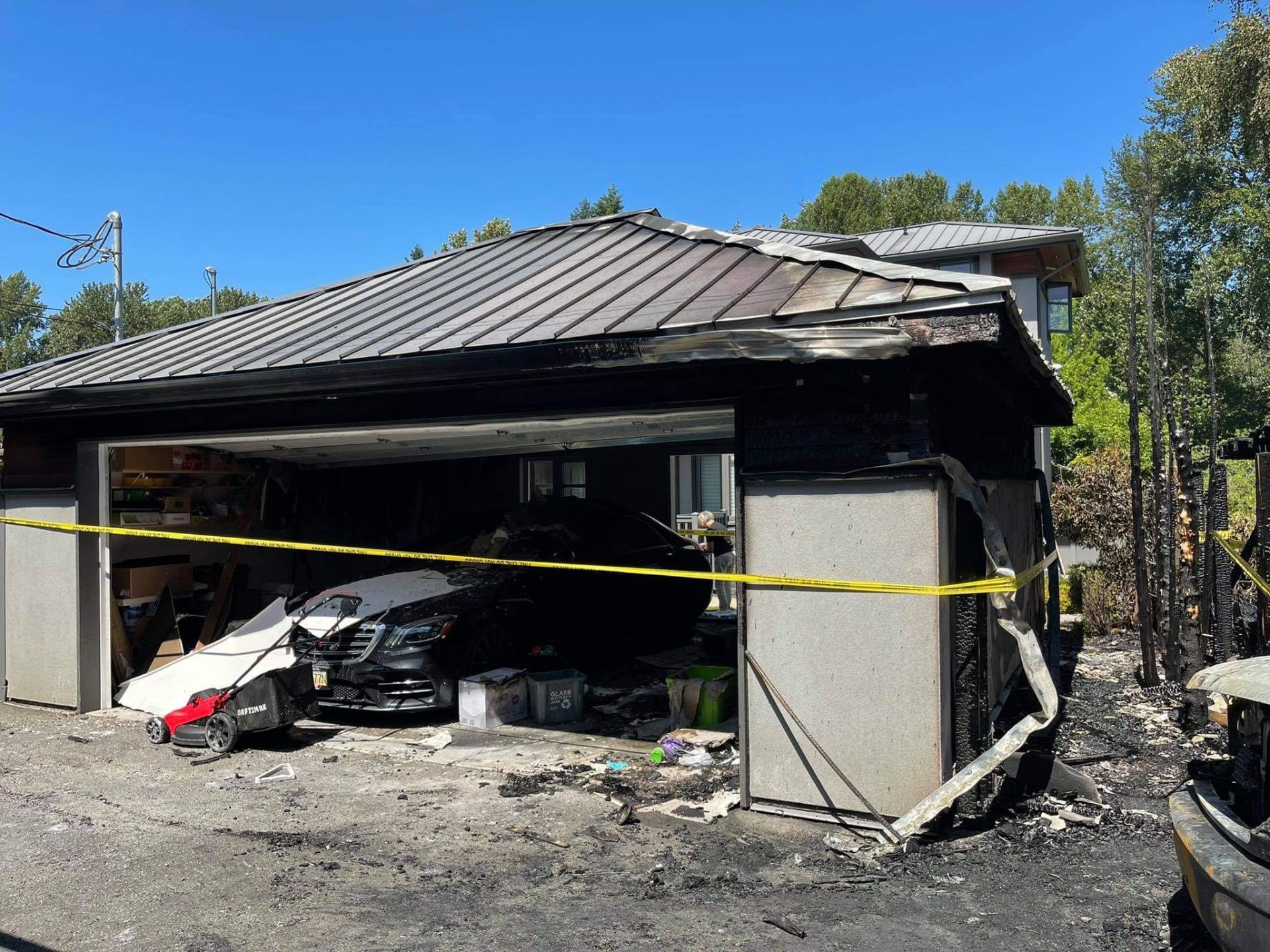 “The UEL has basically failed to do its job. The UEL has failed to protect the neighbourhood.” The neighbour went onto say they feel that the UEL is primarily to blame for not upholding better standards. 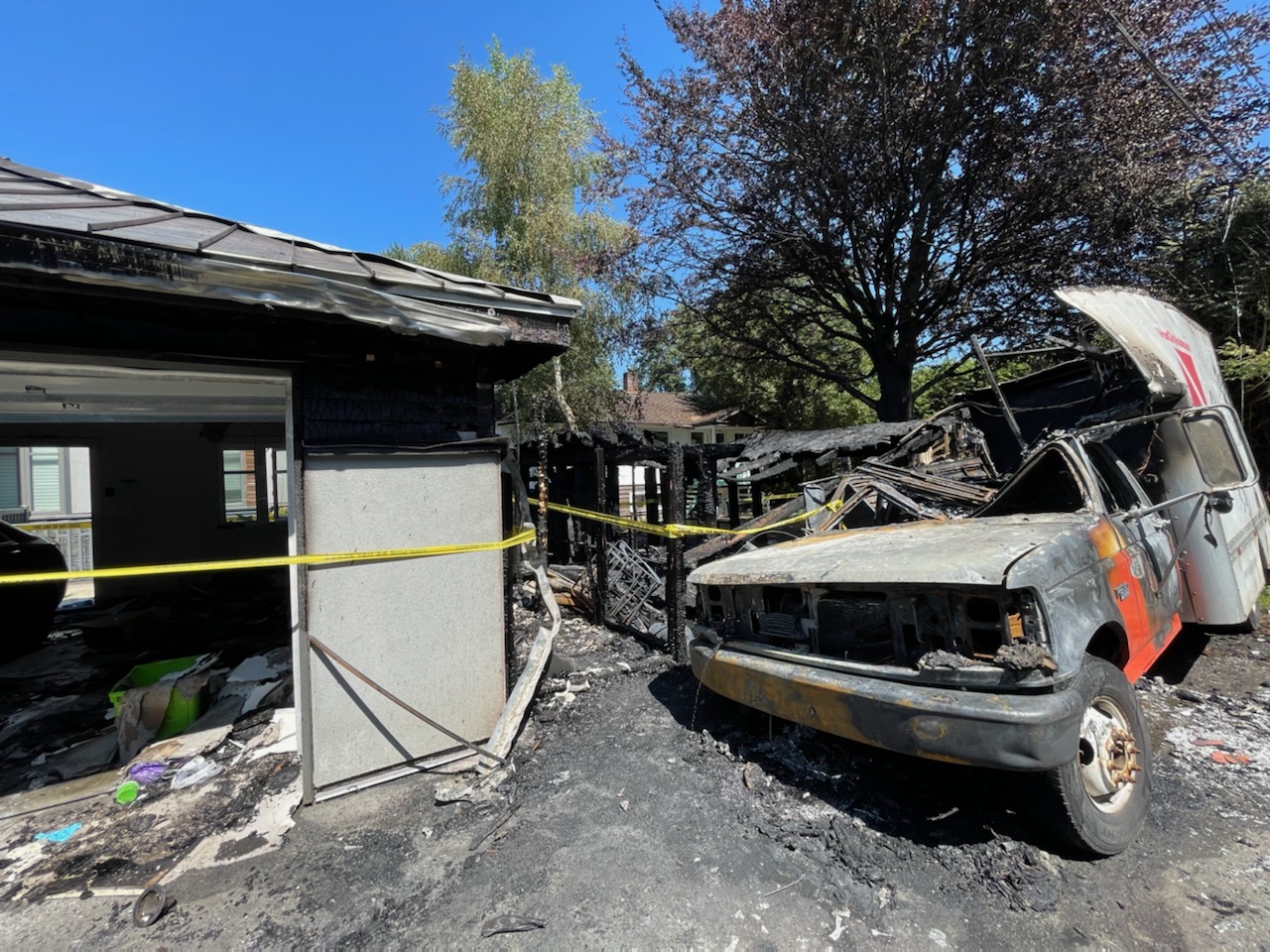 The neighbour, who has kids who play in these streets, considers it lucky that neither their kids nor anyone else got hurt.

One of the reviews from last year stated that the common areas were divided to create more bedrooms, and that one of the private bedrooms did not have a window. They also suggested the space was rarely cleaned.

While Airbnb currently has a party ban in place until the end of the summer, that hasn’t stopped this suite from being rowdy at times, essentially operating as a party destination for students during the height of the pandemic, with open-pit fires, and more, according to the neighbour.

Sikkema told Daily Hive Urbanized that while the suite once did cater to large parties and gatherings, that behaviour no longer takes place.

“The tenants before us were a football team who rented the house to throw parties on weekends. From what they told me, they routinely had 200-500 students come to their parties. They were eventually evicted for this behaviour in April 2020. There have been no similar parties since, but some of the neighbours have not lost the impression that it is a party house.”

“I use the house to provide affordable housing with flexible rental terms to my housemates. I use Airbnb to advertise the space, but I often transition to private contracts with housemates who are interested in staying long-term. I wish it were true that everyone in Vancouver could access private units at a price and for a time period that works for them, but unfortunately that is not the reality we live in. For many, house-sharing is the only option, and the space I provide meets a very real need.”

Sikkema also suggests the truck was fully parked on his property, and not in the laneway.

He also said that the reason for the blaze was old faulty wiring in a shed in proximity to the truck, which then caused the truck itself to ignite.

In a statement to Daily Hive, the UEL said that there is an ongoing investigation into the property for numerous building code violations.