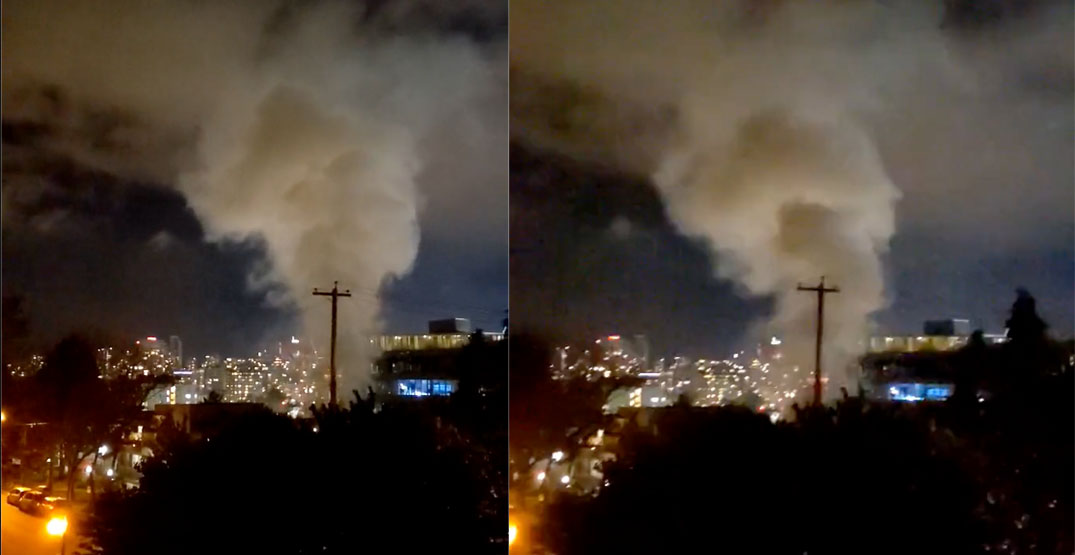 A fire broke out on the balcony of a Mount Pleasant apartment Monday evening, sending a plume of smoke into the sky that alarmed onlookers.

The neighbour who called 911, who identifies himself on Twitter as Brian, said he heard an explosion before the smoke started drifting into the sky.

He shared a video of the smoke coming from the building and a fire alarm can be heard.

Holy shit there was an explosion in the building across from my house! 💥
I called 911 #vancouver pic.twitter.com/g0NhBiqAb6

Vancouver Fire Rescue Services Assistant Chief Richard Warnock couldn’t confirm there was an explosion but said firefighters did put out a fire at an apartment building at 575 East 5th Avenue that was called in around 10:45 pm.

The fire started on a second-floor balcony and spread to another balcony on the third floor. Luckily the fire didn’t break the glass or get inside the units.

Warnock didn’t get any reports of injuries but said someone had to find alternate accommodation since they couldn’t sleep in their apartment.

Warnock couldn’t say how the fires started — he said fire investigators will need to make that determination.