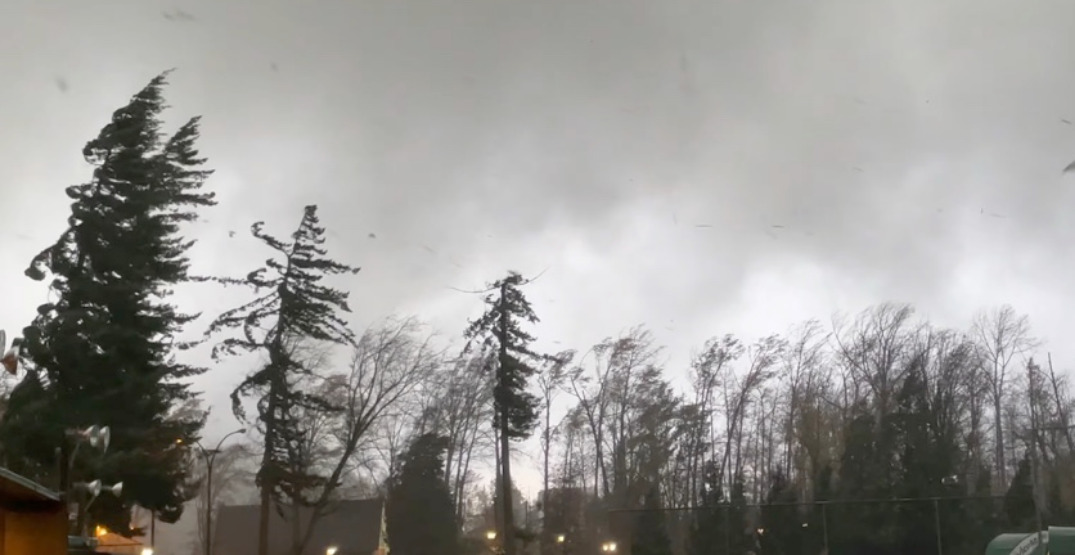 Environment Canada has confirmed that a tornado did actually touch down in Vancouver this weekend, proving that when it comes to weather in this city, anything is possible.

The tornado was classified as an EF0, which is considered the lowest grade when it comes to the severity of this type of storm, typically with speeds ranging between 90 and 110 km/h.

Meteorologists at Environment Canada are hoping for more pictures and videos from anyone who may have captured the dramatic storm.

Storm enthusiasts in Vancouver were likely delighted by the extremely rare tornado that tore through UBC, near the University Golf Club, on the evening of November 6.

The Northern Tornadoes Project (NTP) is collaborating with Environment Canada to survey the damage and the tornado itself, and more information about the incident is likely to be revealed in the coming days when it submits a final report.

The history of tornadoes in Vancouver

You might be thinking, “This has to be a first.”

The Weather Network, in collaboration with NTP, has revealed some interesting findings when it comes to tornadoes in Vancouver.

This weekend’s now-confirmed tornado is actually the fourth in Vancouver’s recorded history.

Tornado in Vancouver today!! And it hit the University of British Columbia. Here’s some photos and very close up footage as it rolled through the campus!!https://t.co/UrQOVLCVGh pic.twitter.com/qYGiJna0jI

Three other tornadoes have occurred in Vancouver, and others have touched down elsewhere in BC. Vancouver’s last tornado took place in 1976, and it was also an F0.

The most recent tornado in BC hit Pitt Meadows in 1991, and that was also an F0.

When it comes to stormy weather, Vancouver isn’t out of the woods yet. Another weather bomb is expected to hit the city over the next 24 hours.